April Adds Cement To FanDuel’s Foothold Over DraftKings In PA 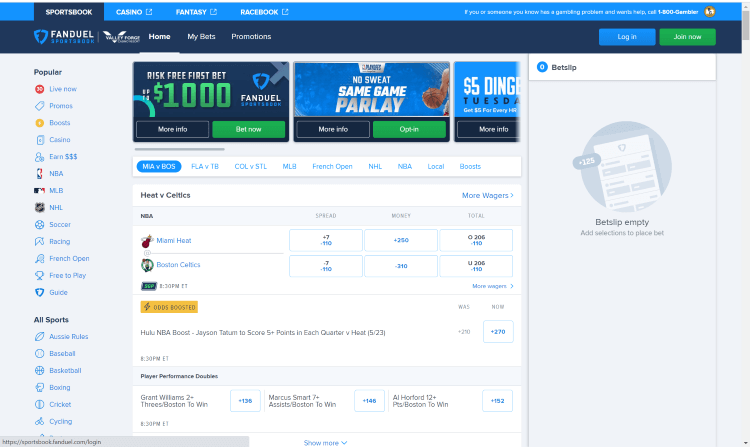 If FanDuel and DraftKings supposedly have an intense rivalry when it comes to online betting, it’s a pretty lopsided one in Pennsylvania, as last week’s state revenue report for April further illustrated.

While there are 14 online sportsbooks overall, FanDuel claimed 42.3% of online handle, 61.6% of statewide gross revenue, and 73.6% of the taxable revenue after adjustments to deduct promotional credits. It was as convincing a performance separating itself from the pack as anything recently for an operator that has been tops in the state since launching in July 2019. FanDuel had a four-month head start on DraftKings that year, which certainly helped it at the time and evidently going forward as well.

There are many other legal sports betting states where FanDuel is the top online operator or close to it, thanks to its brand recognition, large daily fantasy sports customer base, and widespread marketing by broadcast commercials or social media. It seems particularly entrenched, however, as the most popular site to use among sports bettors in Pennsylvania, which is the second-largest legal sports betting state by population and now ranks fifth in sports betting volume behind New York, New Jersey, Nevada, and Illinois.

Even with 13 competitors, FanDuel represents more than one-third of the online sports betting handle in the state and sometimes in excess of two-fifths, as was the case last month. And it has been doing even better than that in revenue, claiming more than half of the total winnings from mobile sports betting in three of the first four months of 2022.

FanDuel keeping quiet about its success

When Penn Bets reached out to FanDuel for comment on its relative strength in Pennsylvania, it was not eager to provide any detailed self-analysis by interview, perhaps for competitive reasons. “It has a lot to do with product, timing, and a true commitment to the state,” spokesman Kevin Hennessy wrote in an email about the company’s success, while noting its iCasino product has also had carry-over effect to help drive more sports wagering.

FanDuel is able to offer both the mobile sportsbook and online casino in Pennsylvania by virtue of a partnership with Boyd Gaming and its Valley Forge Casino Resort. In addition to operating Valley Forge’s retail sportsbook, FanDuel has an arrangement with Cordish Gaming Group to operate the retail sportsbooks at its Live! casinos in Philadelphia and Westmoreland County.

While it helps FanDuel’s visibility to have its name on those three physical sportsbook locations, online sports betting makes up 93% of the overall volume in the state. Here is how FanDuel and DraftKings have performed since last July in terms of their monthly handle and revenue and the percentage those represented of the statewide total:

As the numbers show, DraftKings made some gains on FanDuel in the last half of 2021, but those were not sustained.

August was the one month where DraftKings generated more revenue than its competitor, even while still trailing in total handle by $135.7 million to $80.4 million.

In ensuing months, as the full-scale football season got underway to fuel higher betting volume for all sportsbooks, DraftKings got as close to the top as it’s been in handle. In September, it had 31.2% of the statewide volume compared to 34.8% for FanDuel, and in November it trailed by just 30.5% to 33.9%.

It’s not as though both operators don’t spend lavishly to attract customers, whether by broadcast advertising or the bonuses and boosts offered on their sites. FanDuel, however, is clearly willing to spend more.

Since the start of football season last September, marking the period when betting takes a big leap, FanDuel has offered more than $5 million in promotional credits every month except February, when it gave away $4.4 million.

Interestingly, that very same February — the month when the Super Bowl is played and operators intensify competition for customers — is the one month since September when DraftKings reported giving more in credits than its rival. It gave away $8.2 million, more than four times as much as the $1.9 million it just reported in April.

And February, by no coincidence, ended up the one month when DraftKings suffered a net revenue loss, -$3.3 million, due to all those credits offsetting its winnings from bettors. Since its arrival in the state, FanDuel has never sustained a net loss in any month.

Financial reports for individual months, of course, are susceptible to a high degree of volatility in the sportsbook industry. The trending numbers show, however, that FanDuel this year has only been cementing its hold as the most widely used and successful operator in the state, building upon its start from nearly three years ago.