BetMGM Newly Standing Out For What It Gives Away And Loses

Despite being third of 13 statewide in handle, sportsbook reports two months of net revenue loss 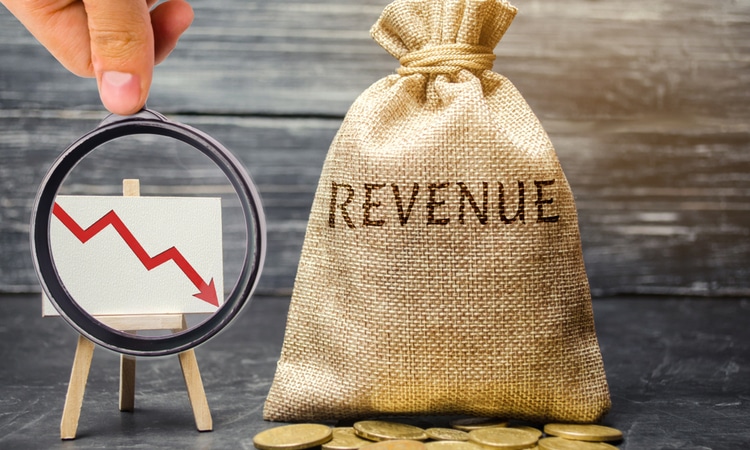 Just because a record $797.3 million was wagered on sports betting in Pennsylvania in January, it doesn’t mean every sportsbook was profiting from it.

In fact, one major online operator set a different type of record last month, posting its worst revenue performance in 14 months of operation in the state.

That was BetMGM, which was third in the state with digital betting handle of $83.7 million but worst in the state with net taxable revenue of -$292,202, according to the monthly figures reported Friday by the Pennsylvania Gaming Control Board.

It is uncommon for sportsbooks to report revenue losses, considering their customary 10% vig on bets, but it is not unheard of either. For BetMGM, it was the operator’s second straight reported revenue loss, although December’s -$33,107 was much smaller.

The net loss doesn’t mean customers beat the house on straight betting, which is extremely difficult to do considering the vig. BetMGM showed nearly $5.4 million in gross revenue from bets taken.

But Pennsylvania allows companies to deduct promotional credits they give away to customers when calculating their taxable revenue, instead of having their gross revenue taxed. The 13 online sportsbooks operating during this past football season were giving away about $20 million monthly to entice customers, including a new high by BetMGM itself of almost $5.7 million in January.

What is unusual is that such a large operator would have two straight months reporting a loss. Market leader FanDuel has never reported a net revenue loss in Pennsylvania, despite giving away the most credits. Second place DraftKings only reported a loss in its first month, September 2020.

It is much more common for the smaller operators in the state to report revenue losses. The top four online sportsbooks — Penn National Gaming’s Barstool in addition to FanDuel, DraftKings, and BetMGM — take up 85% of the monthly online betting handle, but there were nine other smaller operators competing for the rest of the action this past football season (PointsBet this month became a 14th online site), and their bottom lines aren’t always positive.

For example, Betfred, which operates in the state through partnership with the Wind Creek Bethlehem casino, reported a net loss in its first eight months of operation starting in December 2020. It has now posted small wins five of the last six months, including a net of $12,248 on about $1 million in handle in January.

Caesars and TwinSpires also have been regular losers. Caesars showed negative revenue 10 different times since last February, including a $137,997 loss on $4.7 million in online handle last month. (Despite Caesars being a casino gaming behemoth, its Pennsylvania sportsbook licensed through Harrah’s Philadelphia has always lagged well behind competitors in betting volume as well as revenue.)

Twinspires, which is part of Churchill Downs Inc. and connected to its Presque Isle Downs racetrack and casino, has reported 11 months of losses since December 2020, although last month it had a net positive of $137,000 from $4.8 million in handle.

The operators always come out ahead collectively statewide, despite some sharp monthly fluctuations. Their best month for online and retail operations combined (more than 90% of betting is online) was November, with $84.9 million in gross revenue and $63.7 million taxable as their net win on $761.6 million in bets.

Only Caesars reported a net loss that month, but in October it and Barstool, TwinSpires, Betfred, and Betway all were in the negative.

BetMGM arrived in the Pennsylvania market in December 2020 — obtaining access through a partnership with Penn National and that company’s license belong to Hollywood Casino Morgantown — and quickly became one of the top four operators while reporting positive revenue each of its first 12 months.

The sportsbook’s handle of $83.7 million last month and $83.5 million in December far exceeded the volume of any prior month, even as the first two net losses showed up.

Various things can factor into a sportsbook’s financial performance. The bettors will have a different performance each month in terms of how well they do with their picks. November’s revenue record in the state came in a month when the heavily bet NFL saw more upsets than is typical, and bettors are known to like to side with popular teams and favorites.

And then there are those promotional credits, which can apply to all kinds of incentives used by sportsbooks to attract new players or hype the betting activity of their existing customers.

BetMGM has been exercising its right to the utmost to offer those credits and discount them from its revenue, which as a result cuts into that 36% tax the state receives from sportsbooks’ adjusted revenue.

The $5.7 million BetMGM reported giving away on $83.7 million in online bets in January was disproportionately large among peers. It was nearly as much as the $6 million in credits provided by FanDuel, even though FanDuel’s $273.3 million in handle was more than three times larger than BetMGM’s.

BetMGM gave away more than DraftKings’ $5.2 million, even though DK’s $195.8 million handle was more than twice as large. And the $1.8 million in credits provided by Barstool on handle of $73 million was far smaller proportionately than what BetMGM offered customers.

So by at least that one measuring stick of customer perks, those using BetMGM might be happy any time the site reports a net revenue loss, even if it might disappoint those in charge of a state treasury that has been more reliant for revenue from the gaming industry than any other state.