Sportsbooks, like Roethlisberger, make Steelers a longshot -- and the Eagles too 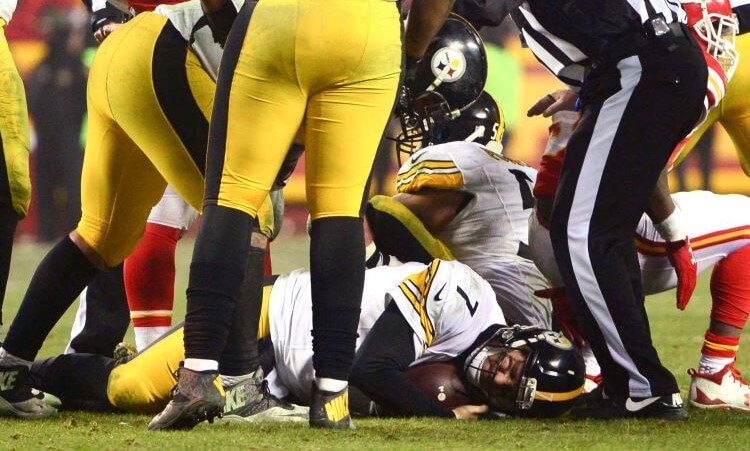 Many professional athletes go into broadcasting upon retirement, but not many – for good reason — try oddsmaking. Ben Roethlisberger might want to keep that in mind.

In a tongue-in-cheek session with the media this week, the Steelers quarterback referred to his team as “probably 20-point underdogs” in visiting the Kansas City Chiefs for a wild card game Sunday night. That was quite an exaggeration.

The 18-year veteran, who is expected to retire after this season, also said that out of 14 teams in the playoffs, “we’re probably at No. 14.” That was no exaggeration, so credit Roethlisberger for that much.

Nearly all of Pennsylvania’s online sportsbooks have Pittsburgh as a 12.5-point underdog to beat the Chiefs after losing to them 36-10 just three weeks ago. Odds are as long as 90/1 (at FanDuel, DraftKings, Betway, Betfred) for them to win the Super Bowl, worse than those for any other team.

—Ben Roethlisberger on the Steelers' playoff game vs. the Chiefs

Roethlisberger was perhaps trying the odd motivational tool of providing bulletin board material for his own team. It’s always possible that a steamed Cam Heyward marched up to the QB at his locker Thursday, yelling: “Hey, man, that’s f***ed up. We’re gonna prove your dumb *** wrong!” Or maybe not.

No. 7 did not offer any similarly pessimistic assessments of the Eagles’ chances against the Buccaneers in Tampa Sunday afternoon — nor did Jalen Hurts, for that matter — but the oddsmakers have their own. DraftKings and Betway make Philadelphia a 9.5-point underdog against a Super Bowl-defending team that beat the Eagles 28-22 in Week 6 after rolling up a 28-7 lead. Kambi-backed sites such as BetRivers, Unibet, and TwinSpires offer a 9-point spread.

And the Eagles are the closest to the Steelers in longshot odds to win the Super Bowl at 66/1 (BetMGM).

Spreads and point totals dipped a bit during week

If anything, the sportsbooks make the games slightly tighter than early in the week, in addition to seeing them as lower-scoring.

On Monday, you could place a moneyline bet on the Eagles over the Bucs for as much as a +330 return, but the best offer Friday morning was +325 from BetMGM. The over/under for the 1 p.m. game at Raymond James Stadium dropped a couple points during the week to 45.5 or 46, with DraftKings, Betway, FOX Bet, and Caesars using the higher number.

A key unknown as of early Friday was the status of the teams’ most prominent running backs, Leonard Fournette for the Bucs and Miles Sanders for the Eagles. There’s a good chance they will both play after each missing recent games due to injury, but it’s not definite.

The Steelers have their own backfield uncertainty, with Najee Harris trying to recover from an elbow injury sustained last week when helping the Steelers unexpectedly squeeze into the postseason. The Chiefs, meanwhile, are healthier than when they crushed the Steelers in December, as they will have star tight end Travis Kelce available this time.

Betfred is the one outlier to the game’s 12.5-point spread by offering Steelers backers 13 points. The best moneyline for a Steelers win is the +550 from BetRivers and other Kambi sites. The over/under is 46 to 46.5, with FanDuel, BetMGM, Caesars, and Betfred using the higher number.

With the high interest in the NFL’s six-playoff-game weekend, a number of the sportsbooks are offering special prop bets or incentives to bettors. Here are a few with special interest for Eagles and Steelers fans, and more will likely be made available by Sunday:

BetRivers: Eagles and Steelers both to cover an underdog point spread of 10.5 points (+265).

FanDuel: Najee Harris to run for more yards than any other back in the six games (+1000).

FOX Bet: Either the Eagles or Steelers will win Sunday (+200).

In addition, DraftKings is advertising a “Hammer the Over” promotion in which the “over” for Saturday night’s Bills-Patriots contest is dropped by a half-point for every 5,000 bets on it, virtually guaranteeing a win (at limited stakes) on the points total by game time.

One other offer special to DraftKings: 1000/1 odds that the two Pennsylvania teams will meet in the Super Bowl.

We’re not sure what Roethlisberger would have to say about that. If they both pull off major upsets Sunday, we trust he’ll grace the media with a prediction.