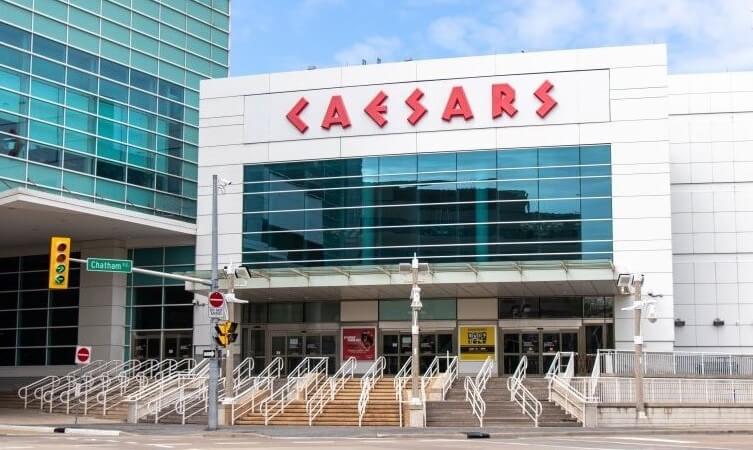 It is customary for sportsbooks to make a big leap in activity from August to September as football season kicks into full gear, but not in the way that Caesars Sportsbook did last month.

The recently reformatted sportsbook that took barely $1 million in online/mobile bets in August showed a handle of $17.5 million in September, according to the revenue report released last week by the Pennsylvania Gaming Control Board. That was about seven times as much as its betting volume of $2.4 million in September 2021.

Caesars’ online gross revenue of $2,065,762 last month was more than $1.8 million higher than in any of its 30 prior months as a digital operator in the state. It reported $854,349 in adjusted, taxable revenue after giving away more than $1.2 million in promotional credits, which was more than it gave away in the entire 2021-22 fiscal year.

Does all of this put the Caesars Sportsbook on par in Pennsylvania with industry titans such as FanDuel, DraftKings, and BetMGM? No, nowhere close in a state where there was nearly $600 million in online handle spread among 14 digital sportsbooks last month, but it signals a huge shift in the company’s approach to become far more serious as a player.

The first 30 months were head-scratchers

Operators are always loathe to discuss their strategic decisions publicly, but Caesars’ approach to Pennsylvania since its March 2019 online launch had always been curious.

Despite being tethered to the Harrah’s Philadelphia casino and carrying a household name for anyone familiar with the gaming industry, it never really seemed to be trying when compared to major sportsbook operators. That could have something to do with Pennsylvania’s 36% tax rate on sportsbook revenue, which is far higher than in most of the 18 other states in which Caesars has online operations.

When other operators in the state were offering all kinds of bonus incentives for new and existing customers — sometimes $20 million or more collectively in a month — Caesars typically refrained. In the six months prior to September, the most it reported in promotional credits was $1,315 in August. July was among several months in Caesars’ Pennsylvania history where it reported offering no promotional credits at all.

And yet, even while giving away less to customers, it somehow fared far worse than competitors in ability to make money. In both February and April of this year — and in four months of 2021 — Caesars reported negative gross revenue. That is almost unheard of in an industry where 7% or more in positive revenue is the norm, given the house advantage from the vig charged to customers.

More common — though still rare — an online sportsbook might report a positive gross but negative adjusted revenue after accounting for promotional credits given to customers. Caesars also had an uncommonly high number of those in the past, including three straight months from November 2021 to February 2022 when it was exceeding $150,000 monthly in promotions.

But then came an announcement on Sept. 2 that seemingly has changed things dramatically for the company’s Pennsylvania ambitions.

At the start of last month, Caesars replaced its former Pennsylvania platform with a new one that featured more promotions, more futures bets and other options, and an overall appearance and functionality that more closely resembled sites of top competitors.

At the same time, Caesars went from being among the least generous with special offers to among the best. Since that time, it has had in place for new customers a refund of up to $1,250 in free bet credits replacing any loss they suffer on their first bet. No one else offers compensation that high.

Whereas Caesars once didn’t participate in the type of daily bet “boosts” advertised by competitors, on this Monday its site shows 21 such offers — again more than anyone else. Some are Pennsylvania-oriented, such as a +1600 price on the Phillies to sweep their World Series starting Friday against the Houston Astros, while many are the same as one would expect to see on the company’s sites in other states.

The upshot is that Caesars, at least for one month in September, moved from the bottom tier of Pennsylvania online sportsbooks to a middle tier. Its handle of $17.5 million last month was in sixth place behind BetRivers with $22.5 million. (Note: The combined betting handle of FanDuel, DraftKings, BetMGM, and Barstool Sportsbook represents 85% of the state’s online total, with the other 10 sites claiming 15%.)

Caesars’ present level of operations suddenly makes a lot more sense, given that for many months it had little to show in Pennsylvania for the widespread TV ads with actor/comedian J.B. Smoove and the Manning brothers that have appeared in the state as well as nationally.