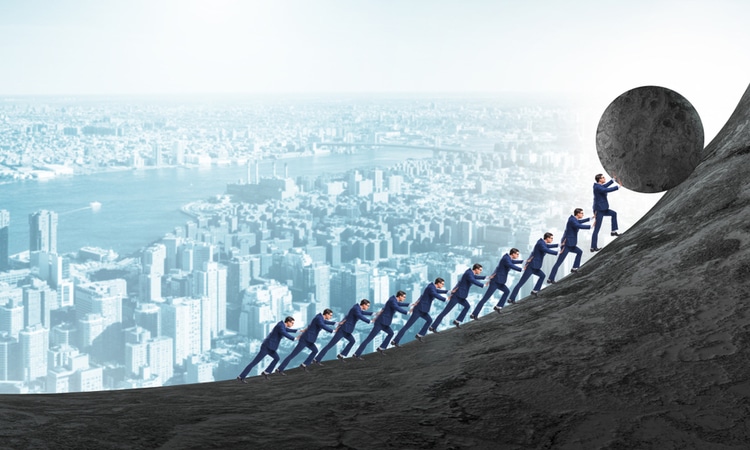 Pennsylvania’s land-based casinos again failed to match their pre-pandemic level of slots and table games activity in May. In fact, they backslid from the prior month.

While the monthly report released Thursday by the Pennsylvania Gaming Control Board showed a record high level of $413.2 million generated in May by all forms of legal gaming, the achievement was once more driven by the increased volume of online gambling. The $101.3 million in combined iCasino slots, tables, and poker revenue was the first time that number surpassed $100 million in the state’s nearly 2-year-old iGaming industry.

A Penn Bets article published prior to the state’s monthly report had speculated on the possibility that retail casino revenue at the same 12 venues that were open two years ago could finally return to former levels. The numbers were down on a comparative basis ever since casinos reopened a year ago following mandatory three-month shutdowns, but many restrictions that caused those drops have gradually been lifted since April.

Those numbers do not take into account the two Live! casinos that opened in Philadelphia in January and Westmoreland County in November. If their May revenue of $27.5 million is also counted, the industry’s total slots/tables revenue of $278.6 million that month was still off 2.6% from two years prior.

Parx, Mount Airy are the exceptions

The May figures showed slots revenue was off 12.9% from two years ago at the dozen casinos that operated in both periods, and table games revenue was down 10.5%.

There were two exceptions to the downward trend: Parx Casino, the highest-volume casino in the state, increased its monthly revenue 5% to $55.8 million, and Mount Airy Casino Resort boosted its revenue by 8.7% to $17.4 million.

Throughout May, casinos were no longer hampered by COVID-related alcohol restrictions that executives had complained were hurting their patronage and revenue in prior months. They were still operating with capacity limits, however, which only this month have been fully lifted.

For the time being, they continue to operate with a gaming board-mandated ban on indoor smoking, which may be costing them some revenue. Normally, the casinos can allow smoking on up to 50% of the gaming floor.

Officials in the industry have been hoping that increased vaccination rates would have potential visitors — especially older customers who had shied away for the past year — feeling more comfortable seeking social activity in large settings such as casinos. The venues also have gradually returned to the type of marketing efforts and live entertainment designed to draw the type of crowds that were once customary.

The next monthly revenue report will be released in mid-July, indicating whether the casinos are finally back on track with their former levels. In June 2019, the 12 casinos then open generated $267.7 million in gaming revenue on the premises.

As Penn Bets previously noted, the online poker rivalry in Pennsylvania between PokerStars and the new combined poker site of BetMGM/Borgata is a lopsided one in its early days.

May was the first full month of operations for BetMGM/Borgata after launching April 27. The revenue report showed BetMGM collecting $278,765 from players and Borgata taking $67,254, for combined rake/revenue of $346,019.

That total was less than one-sixth as much as PokerStars, with $2,257,411. PokerStars has been in operation since November 2019, and online players are obviously far more accustomed to playing there.

It’s possible that BetMGM/Borgata is making a dent in PokerStars’ activity, as its $2.26 million was down from $2.35 million in April, but the PokerStars site had also seen gradually diminishing play levels month to month even without the competition. Its revenue level now is less than half of its April 2020 peak of $5.3 million.

The $2.6 million in overall play in Pennsylvania, thanks to the new competition, was at least the first increase in the level of iPoker activity this year in the state.