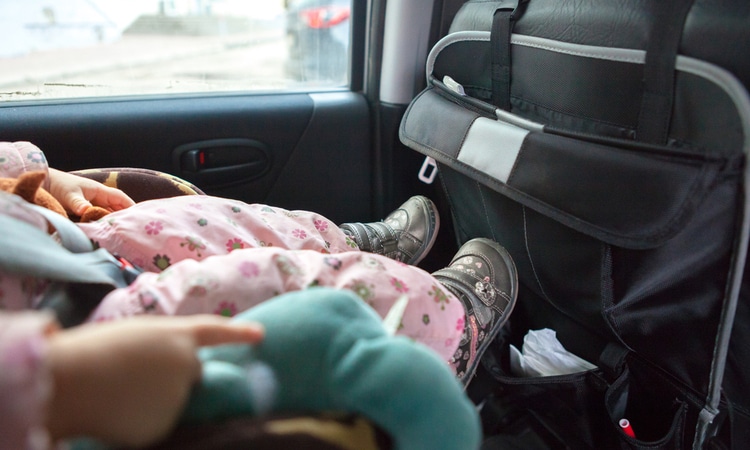 The troubling issue of casino patrons leaving children behind in cars came up repeatedly at Pennsylvania Gaming Control Board meetings last year, and the fact that the board had to ban four more individuals for that reason at its first meeting of 2022 indicates the problem is far from solved.

Those four parents were added Jan. 19 to the board’s involuntary exclusion list, which makes it a criminal trespassing penalty for them to enter any casino in the state. They were guilty of neglecting children ranging in age from 1 to 11 in order to gamble in the four separate incidents between August 2020 and July 2021.

While the actions against those individuals suggest such instances are ongoing, the PGCB has called attention to the problem in a more pronounced way than have regulators in other states. Agency Executive Director Kevin O’Toole told Penn Bets in an interview this week that he believes worthwhile progress is being made as a result.

He said casinos have broadly increased their efforts to address the issue as a result of the board’s prodding, and it has led to fewer such incidents arising in recent months. Such cases have to go through the investigatory process for months, O’Toole noted, so the board on Jan. 19 was dealing with incidents at least a half-year old.

At the same time, he said that when children are left unattended in a parking garage or surface lot, security personnel are getting to them and using surveillance cameras to find the responsible parent — or irresponsible parent, in this case — more quickly as a result of increased vigilance. In some cases, police also arrive on the scene and take action against the adults involved.

“What we have seen … at least in the second half of 2021 and moving into 2022, is a very good response time to these incidents, so in most cases an unattended child is detected and responded to in a very short duration of time,” O’Toole said.

“It’d be easy for me to say most of these cases are resolved within 10 minutes of when the child became unattended, but occasionally there’s still a few longer than that — maybe 20 minutes. That’s longer than we’d like to see, but we’ve seen noticeable improvements.”

‘We can never prevent human stupidity’

Of course, bad parenting has been a scourge from the dawn of time and will continue to be until the sun explodes, but it’s a particular stain when connected to a casino industry that is often accused of having a role in exacerbating social problems.

Addressing the topic of parents who leave their kids in danger in order to visit Valley Forge Casino Resort, casino attorney Adrian King told the board on Nov. 10, “We can never prevent human stupidity — it seems to constantly occur — but we can attempt to mitigate it … and ensure dumb decisions don’t become tragic ones.”

At that board meeting, Valley Forge presented a plan for how it was increasing its efforts in that regard. In addition to increased signage and employee training, it had hired a private security service to patrol its parking areas and installed infrared surveillance cameras that could see into cars and spot children left behind.

O’Toole said the gaming board has refrained from mandating specific steps such as those, while encouraging the 16 casinos to do everything possible. They have responded in different ways, typically with more signs and patrols of parking areas. Valley Forge is the only one to make a public presentation outlining details of their plan.

“I think all of the properties are taking extra steps to deal with this issue, and we’re pleased with that,” O’Toole said. “Part of this process is just raising a heightened awareness of the issue, recognizing you cannot completely eradicate poor judgment by parents and guardians, but the more awareness we can generate the better.”

It’s the No. 3 reason to be banned from casinos

More than 900 individuals are on the board’s involuntary exclusion list, which results in their names and photos being placed on the PGCB’s public website and circulated to the casinos’ security staffs, who are supposed to be on the lookout for the individuals. Leaving children unattended is the third most common reason for placement on the list, with 133 individuals banned for it since 2011.

As different casino operators have appeared before the board for various requests and reasons in the past year, they have repeatedly been asked by board members about what precautions they are taking on the topic of unattended children. Board members have also publicly admonished the board’s staff for not doing enough to ensure casinos are doing everything they should.

O’Toole said he feels positive the message has gotten through by now, and it’s evident in having fewer such incidents under investigation in recent months.

“But I don’t rest with that,” he said. “You don’t know what’s coming around the corner, so we’re going to keep a heightened sense of awareness and do whatever we can to minimize these incidences.”

One relief for the industry, as well as the board, is that in none of the cases made known publicly over the past decade was any child seriously injured, whether from excessive heat or cold or anything else. That does not mean, however, that the children weren’t harmed in some manner from the neglect of adults, O’Toole acknowledged.

“Depending on their age and whatnot, it can be a traumatic circumstance for a 2-year-old or 3-year-old or 4-year-old,” he said. “That’s something that contributes to our concern to minimize these circumstances.”