Cordish Selling Off And Leasing Back Its Live! Casinos In Pennsylvania, Maryland

New properties in Philadelphia and Westmoreland County are part of $1.81 billion transaction 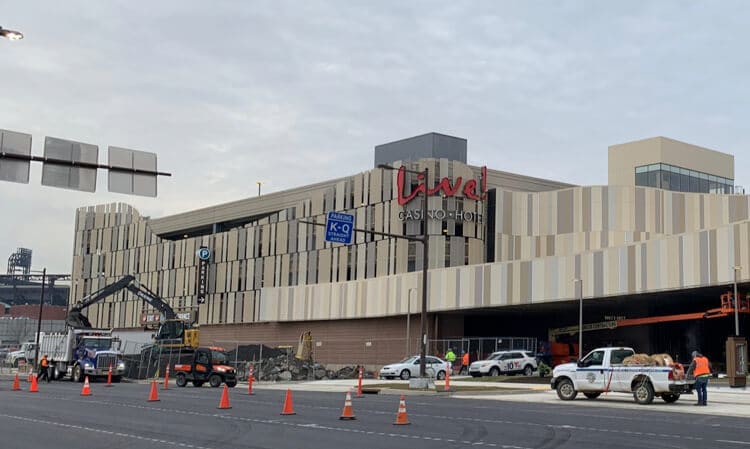 The Cordish Companies spent $850 million in recent years to build and open two casinos in Pennsylvania, and now it is selling them and its Maryland casino off through a $1.81 billion transaction with Gaming and Leisure Properties Inc.

It is unlikely customers of the Live! Philadelphia or Live! Pittsburgh properties will notice anything different, however, as the Baltimore-based Cordish firm is leasing back all of the casinos and will continue to control and manage them.

The financial agreement was announced late Monday by the two companies. Gaming and Leisure Properties is an investment trust spun off originally from Penn National Gaming and which owns the real estate of numerous casinos across the U.S. that are run by gaming companies such as Penn National and Cordish.

“We have long admired GLPI’s pioneering structure and accomplishments as a public platform,” David Cordish, chairman of The Cordish Companies, said in the companies’ joint press release. “Cordish is delighted to be partnering with GLPI on this range of transactions, which align two recognized leaders in their respective industries. Live! is [an] iconic brand, and our commitment to our customers, team members, and local communities as top priorities will continue unabated.”

Peter Carlino, chairman and CEO of GLPI, said the transaction was part of a strategy to diversify its portfolio and includes a long-term plan “to partner with Cordish on a range of future strategic opportunities that can leverage the financial and real estate development strengths and resources of both companies.”

The press release said the transaction, which is expected to be completed in early 2022, includes real estate assets and a binding partnership on any future Cordish casino developments. It also covers other potential financial partnerships tied to operations of Cordish, which has developed restaurant/entertainment districts unrelated to gambling in numerous cities, including Philadelphia.

Under a master lease plan, Cordish will pay annual rent of $125 million initially for its continued operation of the three casinos.

Based on recent monthly revenue of the two Pennsylvania casinos, which have some 2,800 slot machines combined, Cordish is on pace to earn about $200 million in annual gaming revenue from its Philadelphia property in the city’s Stadium District and about half that much from the smaller casino at Westmoreland Mall, some 30 miles east of Pittsburgh.