Tax breaks from promotional credits are crucial to the books, who almost always win 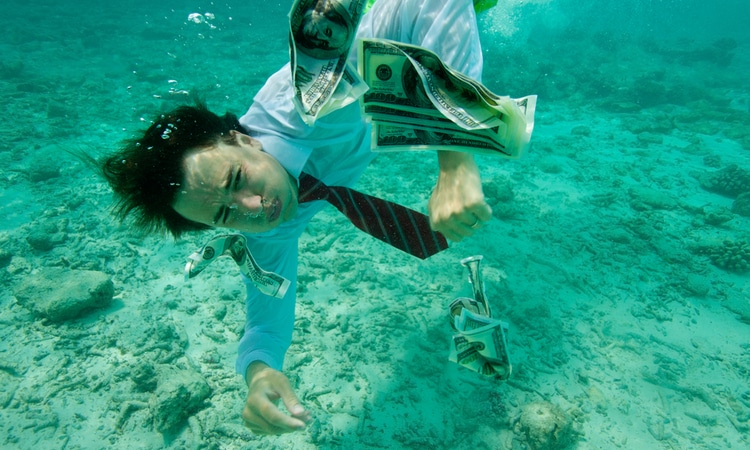 It was noteworthy that Pennsylvania’s legal sportsbooks collectively showed a net loss last month — it had never happened before in the state — but by no means unique nationally.

In fact, the day after the Pennsylvania Gaming Control Board reported last week that all sportsbook operations combined for a $442,847 loss in February due to the $1.47 million net revenue loss by the 14 online books, Michigan’s regulator released a report reflecting an even worse month for its industry.

Online operators in that state showed a $3.94 million loss last month in adjusted revenue — the amount that is subject to taxes after allowing for deduction of the promotional credits offered to customers. In both states, DraftKings had a disastrous month, with a $7.1 million net loss in Michigan that was more than twice as big as its $3.3 million hit in Pennsylvania.

In such cases, it doesn’t mean that bettors statewide are so good at what they do that they can actually overcome the house odds advantage — known as the vig — and beat the books with straight betting. That’s a gambler’s dream, and only the sharpest of sharps among those trying to be professional bettors can make it come true with any regularity. Even in a bad month for the operators like February, the sportsbooks’ statewide hold percentage from losing wagers amounted to 3.7% before any incentives to customers are taken into account.

Sportsbooks are in such competition, however, that they give away all kinds of deposit matches, “risk-free” bets, odds boosts, and other incentives. In Pennsylvania and a number of other states, they can count that as a revenue loss offsetting what they win from bettors, and when it actually adds up to more than their “hold” they avoid paying taxes to the state.

That’s what happened in Pennsylvania last month for the first time in the 40 months since legal sports betting launched in the state, though the precise reason why remains unclear.

Operators mum on explaining the loss

Part of the murkiness is that neither DraftKings nor BetMGM, February’s other big net loser in February to the tune of -$1.6 million, was keen to offer explanations. DraftKings did not respond to a request for comment from Penn Bets, and a spokesperson for BetMGM said no one was available Friday to discuss the matter.

As state gaming board spokesman Doug Harbach noted Thursday, revenue tied to sports wagering “is and always will be volatile.” Anyone who bets with any regularity knows how true that is from the customer’s side of the counter as well.

It might be safe to surmise, considering the Super Bowl took place in February, that that event had something to do with the sportsbooks’ tough month, even though they grossed money from bettors’ losses. The gaming board reported days after the game that the books came out $4.6 million ahead from the $64 million wagered on the game (out of $597.1 million in total wagers that took place in February).

The state did not report their Super Bowl volume of promotions and resulting net revenue, however, and their total result for the month would suggest they gave out well more than $4.6 million in incentives. Even though February is the shortest month of the year, operators reported a record $22.6 million in credits. That exceeded the combined $22.2 million in gross revenue.

Half of the 14 online operators in the state — DraftKings, BetMGM, PointsBet Sportsbook PA, Caesars, Betfred, Betway, and TwinSpires — showed a loss in adjusted revenue. It means that not only wouldn’t they owe tax in February, according to Harbach, but can roll over the losses to the next positive month and deduct what they owe the state at that time on its 36% tax.

The fact that the sportsbooks collectively took a loss does not, however, mean the state received no money from them in February. It would still be able to collect from the group of sportsbooks that showed a positive adjusted gain for the month, which totaled $5.3 million — the equivalent of $1.9 million in taxes.

The 30-plus states that have legalized sports betting since first allowed to do so by reversal of the federal PASPA law in 2018 each enact their own policies relating to tax rates, promotional credits, and other aspects.

Pennsylvania’s decision to allow deductions could be viewed as costly to government revenue, in that last year the operators only had to pay taxes on their $340.1 million in adjusted revenue as opposed to the $505.5 million they grossed.

On the other hand, the 36% tax rate was by far the highest of any large state until New York (which does not allow deductions for promotional credits) launched its online industry with a 51% rate this year. Pennsylvania’s tax revenue of $122.4 million from sports betting last year would make most states’ budget officials extremely jealous, even if that will be dwarfed now by what New York reaps.

The issue of how to tie together policies on tax rates and promotional play as additional states legalize, or revisit their existing laws, “is one of the hot topics that will continue to be debated,” said Brendan Bussmann, the director of government affairs for Global Market Advisors, who has represented gaming companies in numerous states where laws have been developed.

Despite a month like February where the credits create the potential for a net loss to show up statewide, the ability to take those deductions is essential in Pennsylvania in particular, he said.

“Pennsylvania with its high tax rate makes it even more difficult [for operators], and luckily allows deductions or it would put further strain on operators,” Bussmann said. “Honestly, one of the best things that the commonwealth could do is lower the tax rate to give operators some more room to market, and not have to put in other programs to gain market share.”

Elected officials in Harrisburg have shown no interest in reducing the 36% rate, so operators will have to keep relying on those credits to pay less. It is up to them to report their level of such expenses to the state, but Harbach said their reports are scrutinized to make sure they aren’t taking unfair advantage of the deductions.

“We are made aware of each planned sports wagering promotion, and the operators provide specific terms and conditions of each promotion at least five days in advance of the offering of any promotion to the general public,” he said. “The PGCB also occasionally requests estimates on promotional expenses before a promotion goes live. … Each operator is required to file weekly revenue reports to [the state Department of Revenue] which are submitted with an attestation as to the accuracy of the calculation.”