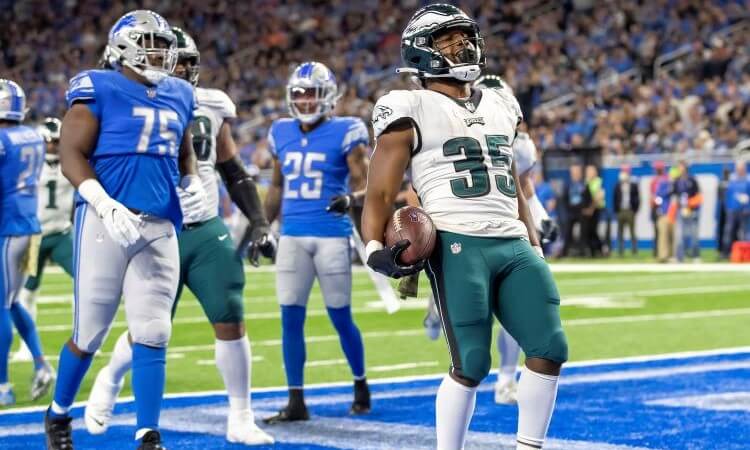 It’s hard to achieve consistency in the NFL, as this week’s Eagles opponent has realized this season.

The Los Angeles Chargers were turning heads around the league as of two weeks ago with a 4-1 record that included impressive wins over the Kansas City Chiefs, Oakland Raiders, and Cleveland Browns. They have since lost two straight and fallen behind the Raiders in the AFC West.

For the Eagles, the most consistent thing is they haven’t been able to win at home, having tasted defeat at Lincoln Financial Field at the hands of the San Francisco 49ers, the Chiefs, and Tampa Bay Buccaneers. The team routed the hapless Detroit Lions on the road last week, however, presenting a possible springboard to righting a season where they’re two games under .500.

Pennsylvania’s online sportsbooks have the Eagles as just a small underdog versus L.A. in what could be a very close game that carries an L.A.-style starting time of 4:05 p.m. on Sunday.

Eagles bettors get 2 points or less

An Eagles bettor could make use of a 2-point spread at mid-day Friday from DraftKings, FOX Bet, or Betway. Most other sites favored the Chargers by 1.5, but Betfred made it just a 1-point spread, while slanting the vig to +105 for an Eagles backer willing to take just the point.

The best moneyline return for the Eagles was the +110 from DraftKings along with Caesars. The points total over/under was set at 49.5 by FanDuel, DraftKings, Betfred, and Kambi-backed sites such as BetRivers, Unibet, and TwinSpires. Others, including BetMGM, nudged it higher, at 50.

While it seems unlikely that the Eagles will lay 40-plus points on the Chargers, as they did in last week’s 44-6 drubbing of Detroit, the chance to repeat last week’s unusual focus and success running the ball does exist.

Somehow, it was with an injured Miles Sanders out of the lineup that coach Nick Sirianni finally opted to commit to the run, and all the Eagles did was gain 236 yards on 46 carries. Now Jalen Hurts, Boston Scott, and Jordan Howard — who each ran for 50-plus yards Sunday — have the potential to do likewise against a Chargers defense that has given up a league-worst 159.4 rushing yards per game.

Chargers could be ornery after upset by Pats

Back to that inconsistency theme, a Chargers offense that looked like a steamroller has turned very ordinary — or worse — in sustaining a 27-24 upset by the New England Patriots last week that followed a 34-6 drubbing by the Baltimore Ravens the week prior.

In the two losses, the previously impressive Justin Herbert, in his second year, has had Hurts-like stats of a 54.1% completion rate, three TDS, and three interceptions. Now he’s also nursing an injury to his throwing hand suffered in the loss to the Pats.

This game is critical to the Chargers, however, who can’t afford to fall further back to .500 in a far tougher division than the NFC East. The Eagles’ 3-5 record has them 3-½ games behind the Dallas Cowboys but yet second in the division, ahead of Washington and New York.

One other thing possibly in Los Angeles’ favor: The Eagles are 0-7-1 in their last eight games against AFC opponents. Now that’s consistency.