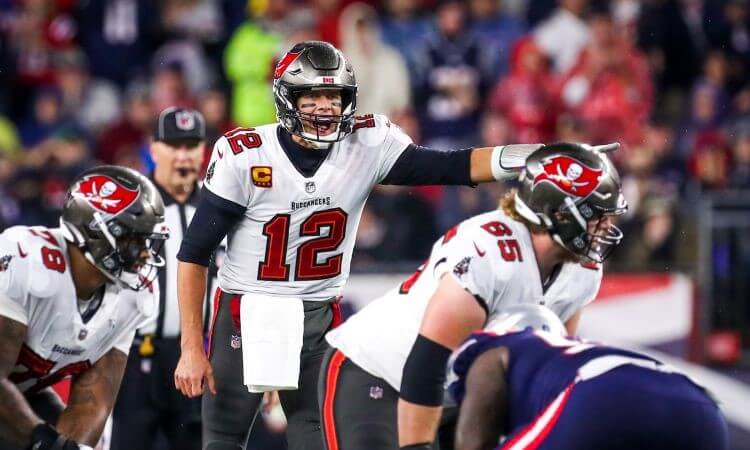 The Eagles have a chance on national TV to show that last week’s win over the Carolina Panthers was no fluke, and all they have to do is defeat the greatest quarterback in NFL history and his Super Bowl-winning team.

Pennsylvania’s online sportsbooks have made Philadelphia a touchdown underdog to defeat the visiting Tampa Bay Buccaneers Thursday night. Eagles backers can more than double their money using the moneyline in hopes that Tom Brady and the Bucs (4-1) will have a letdown after thumping the Miami Dolphins by 28 points just four days ago.

Jalen Hurts steered the Eagles (2-3) to a 21-18 comeback win in Charlotte Sunday after the Panthers led 15-6 at halftime. If Hurts plays a full game like he did in the second half Sunday, it’s possible the Eagles could pull off one of the bigger surprises of the NFL’s prime time schedule thus far in 2021.

Taking note of the special attention the game will get from sports bettors as the NFL’s only mid-week action, the sportsbooks have a wide range of odds boosts and special offers tailored to it. We outline some of those along with the main odds below.

The Bucs are known for their offense more than their defense, and it’s not hard to imagine why.

The 44-year-old (but ageless) Brady leads the NFL with 1,767 passing yards, aided by an all-star receiving corps with familiar names such as Mike Evans, Chris Godwin, and Antonio Brown. On Sunday the Bucs amassed 558 total yards, and the team is averaging 33.4 points per game, third best in the NFL.

We could go on and on with Bucs stats, but one that Eagles fans prefer is that Philadelphia has given up just 195 yards passing per game, though not necessarily to first-ballot Hall-of-Famers. The secondary picked off Sam Darnold three times on Sunday, and the defense up front sacked him three times as well.

The oddsmakers have the Eagles as either 6.5- or 7-point underdogs, with the latter number from BetMGM and Caesars the best to use for an Eagles bettor as of Thursday morning. (Both those sites have increased vig accompanying that extra half-point, with BetMGM the better option of the two at -115.)

The same two sites are also the best moneyline option on the Eagles, with Caesars at +250 and BetMGM at +240.

The consensus points over/under is set at a robust 52.5. The sites using Kambi odds (BetRivers, Unibet, and TwinSpires among them) are worth consideration for an “over” bettor due to reduced juice on that at -108.

There’s plenty of potential for high scoring, considering that on the other side of the ball from their high-octane offense, the Bucs have an injury-depleted defense that is allowing 314.4 passing yards per game. Both of their starting cornerbacks are out with injuries, giving Hurts a chance to show the national audience just how dangerous he can be.

Hurts’ 1,365 passing yards on the season are about 400 fewer than Brady’s, but he leads the Eagles in rushing and has seven touchdowns passing and three on the ground.

FanDuel and DraftKings both set the over/under on Brady’s passing yards at 300.5, but they disagree on Hurts, with FanDuel at 285.5 and DraftKings at 278.5.

Among the special offers on the game from Pennsylvania’s sportsbooks, none is better than the one offered by Parx, which is accepting a wager for up to $23.63 on the Eagles to cover 50+ points, for a 99.9% guaranteed profit of $28.36.

The other offers come in a range of player and team props that, as usual, are mostly oriented toward anyone hoping for an explosive offensive showdown. These were among the “odds boosts” and other special bets available Thursday morning: