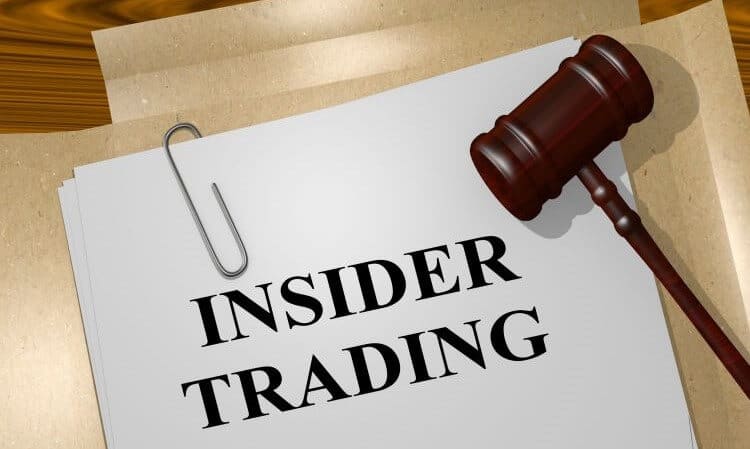 When Penn National Gaming acquired Score Media and Gaming Inc. for $2 billion last year, an employee in Penn National’s online division illegally enriched himself through advance knowledge of the deal, according to federal authorities.

The U.S. Attorney’s Office for Eastern Pennsylvania and the Securities and Exchange Commission simultaneously announced separate insider trader charges Monday against David Roda, 36, of Philadelphia. He was identified as a former Penn National software engineer who was serving last August as director of backend architecture for Penn Interactive, the subsidiary running Penn National’s online casino and sports betting operations.

U.S. Attorney Jennifer Arbittier Williams’ press release stated that Roda learned in early July that Penn National was considering an acquisition of Score Media, a Toronto-based company widely known in Canada for its sports content brand and increasingly active in iGaming through its theScore Bet operation. The $2 billion acquisition of Score Media by PNG was disclosed publicly on Aug. 5, with Score Media’s stock price increasing nearly 80% after the announcement.

The authorities said Roda knew he had a duty to keep his advance knowledge of the potential deal confidential and not to try to benefit from it, but he purchased 200 Score Media call option contracts for about $13,000 on July 22. When he learned in early August that the acquisition was imminent, he allegedly purchased 300 more call option contracts for an additional $7,000.

According to Williams’ press release, Roda netted some $560,000 when he closed out his call option contracts for approximately $580,000.

“Insider trading undermines faith in our financial markets and harms ordinary investors who play by the rules,” the U.S. attorney said. “As alleged, David Roda placed himself above the law by using information to which he had privileged access to cheat the market and other investors.”

When asked for comment on the case Monday evening, Penn  National spokesman Jeff Morris replied via email that Roda is no longer with the company, and issued the following statement:

“The company took this matter very seriously and cooperated fully with the government investigations that led to the charges announced today against this former employee. We maintain comprehensive policies and procedures and provide extensive training to help prevent trading on material nonpublic information. We are pleased that this matter has been promptly resolved.”

The SEC’s press release said Roda also passed along his advance knowledge to a longtime Philadelphia friend who additionally bought shares in Score Media and profited to a far lesser extent. Roda and the friend, Andrew Larkin, were both charged with violating antifraud provisions of the securities laws by the SEC, which handles civil enforcement actions.

The SEC said Roda has agreed to pay a civil penalty, disgorgement (meaning return of illegal gains), and other costs to be determined by a federal judge at a later date.

“As we allege in our complaint, Roda was entrusted by his employer with critical, market-moving information, and he betrayed that trust by using the information to trade and also tip his friend so they could both profit,” said Scott A. Thompson, co-acting regional director of the SEC’s Philadelphia office. “When employees like Roda misappropriate and trade on confidential information, it erodes market confidence.”