Gaming Board Chairman Dislikes Relying On Gaming Revenue, But He Agrees It’s Worked 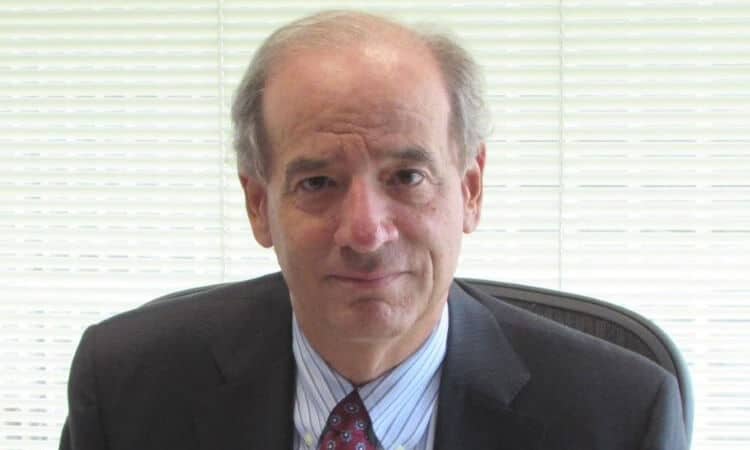 David Barasch wouldn’t have voted for Pennsylvania going whole hog into gambling expansion if it were up to him, but as the chief regulator overseeing the growth, he believes it’s progressed successfully.

“It was an effective and well-thought-out plan if the goal was to get the most revenue,” said Barasch, who last week completed a six-year term as chairman of the Pennsylvania Gaming Control Board — a chairman who has never had any personal interest in gambling himself.

The 73-year-old was previously a former U.S. attorney who in that role prosecuted companies and individuals involved in illegal gambling activity. He was also a longtime progressive Democrat who believed state government should fill its budget holes by other means than becoming more reliant on gambling tax revenue than any other state.

But Barasch never held any elected office in which he had any say on the state’s fiscal and social policies. He was simply tapped in 2015 by Gov. Tom Wolf, a friend whom he once served as a deputy in the Department of Revenue, to become gaming board chairman in 2015.

Two years later, the legislature and Wolf approved a widespread gambling expansion that has added iGaming, sports betting, mini-casinos, and truck stop VGTs to an already wide array of legal gambling that will generate well more than $4 billion in revenue this year, with at least 40% of it siphoned as government taxes.

“My opinion was I wish they would raise revenue another way, but probably going whole hog is the way to do it if you want to stay ahead of other states and make sure the revenue stream is going to last,” Barasch said in a phone interview with Penn Bets Friday. “There’s more direct ways to raise revenue for Pennsylvania, but there’s never any political stomach for that.”

He was speaking on his last day as chairman after serving two three-year terms, the maximum permitted. Wolf announced last week that his successor as chairperson would be Denise Smyler, a former general counsel for the governor who has served on the board since 2019. The new board appointee replacing Barasch will be Nedia Ralston, who has been director of the governor’s Southeast Regional Office.

On some issues, casinos could be more proactive

Barasch headed a seven-member board of gubernatorial and legislative appointees of both parties who avoided any evidence of rancor with one another. He said they were largely in agreement not to micro-manage affairs and to let longtime Executive Director Kevin O’Toole steer the staff and day-to-day activities.

At their monthly meetings, there was minimal public discussion in approving various licenses, hires, and actions against individuals or operators deemed to have run afoul of the state’s regulations. Occasionally, there would be public recriminations over failure by casinos to address potential social harm, such as individuals who gamble while leaving children unattended in parked vehicles. That’s one area where Barasch believes the operators can do more.

“I think it would be good if casinos tried to be more proactive about getting in front of these issues, rather than hoping it doesn’t get too bad in their neck of the woods,” he suggested. “So far, with all these kids left in cars, no child’s been harmed, no child’s been hospitalized, no child has died. We don’t want that to happen, but I’d have to quintuple the size of our own staff if we were to patrol every parking lot of every casino 24 hours every day with flashlights looking for kids.”

While he believes the casinos could unilaterally do more in such areas to get ahead of potential problems, Barasch has not come to see them as operators who place their profits ahead of a sense of public responsibility. In large part, he said, they recognize that good social conduct benefits their business. When the gaming board has investigated and penalized reports of problems such as underage gamblers who get onto their gaming floors, the companies have been cooperative and initiated changes, he said.

“The bottom line is they have a large presence and a lot of money at stake, and they tend to be responsible … instead of fighting over every detail,” Barasch said. “It’s good for business not to be seen as the evil empire. … They’re not here to make money for the next two years and move to Albuquerque. They’re not interested in saying, ‘Let’s see how much money we can make in Pennsylvania before they shut us down.’”

Biggest worries were not borne out

While acknowledging the financial success of Pennsylvania’s gaming expansion, Barasch said he’s also relieved that some of his biggest concerns at the time of legislative passage have not turned out to be real-life problems.

Those included worries that it would be much harder to prevent gambling by those under 21 either online or at dozens of truck stop VGT operations, where there is not the same level of on-site monitoring as at the 14 larger casinos. The oversight required in regulating numerous new licensees, which are customarily smaller than the gaming corporations and less experienced with rigorous state regulations, created new challenges that gave the PGCB chairman pause.

“My worst private fears have not materialized,” he says now. “So far we’ve had very little in the way of any problems [connected to expansion]. We seem to be regulating internet gaming, sports betting, and truck stops quite well.”

At the same time, he said, the expansion into iCasinos and online sports betting have been a major lifeline for Pennsylvania’s industry since the COVID pandemic began dealing its setbacks to land-based gaming. The gaming industry overall is producing record revenue numbers of more than $400 million monthly.

On the downside, the level of gambling in brick-and-mortar casinos as of May had still not reached their pre-pandemic levels, and Barasch wonders if the shift to online gambling activity is a key, potentially long-term explanation.

“I don’t know the breakdown of how many people have just stopped going to casinos and how many have switched to doing it online,” he said. “Once you get past whatever fears people have of being in large public places, we may find out how much of this internet stuff [has cannibalized land-based revenue]. If it’s new revenue, that’s good, but I don’t think we know yet, nor do I think we know if online gaming is going to plateau.”

As for Barasch himself, he has no plans yet for how to spend retirement, or semi-retirement. You’re just not any more likely to find him spending his days in casinos than you would have been before his time as a regulator.

“I’m not a blue nose — I’ve got no problem with other people doing it, if that’s how they want to entertain themselves,” he said. “But it’s never been anything I’ve had an interest in. I always remember my father, when I said to him that he didn’t seem to like to play cards, he said, ‘I don’t like to play games where I lose.’”