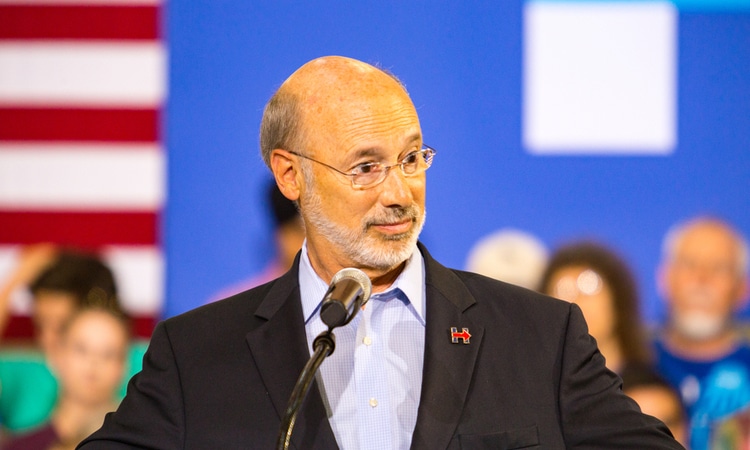 After failures in 2020 and 2021 with budget proposals to divert casino slot machine proceeds from the horse racing industry to college scholarships, Gov. Tom Wolf tweaked the initiative this year, but seemingly faces no better prospects for legislative approval.

Wolf again faces strong pushback from horsemen and the Republican-controlled legislature to the Nellie Bly Scholarship Program included in the 2022-23 budget he put forth this month. The Pennsylvania Horse Racing Commission went on record Tuesday in opposition to the proposal for the third year in a row.

Instead of funding the $200 million tuition assistance plan fully from money that normally supports race purses and assists breeders through the Race Horse Development Trust Fund, Wolf has proposed using $88.2 million from the that fund, as well as special federal COVID-19 assistance to cover the rest in the next fiscal year. The governor also tweaked the initiative by adding in-state community college tuition as scholarship eligible, in addition to costs at state-owned universities.

The changes appear to have done nothing to garner additional support, with the commission’s unanimous vote condemning the proposal as one example. Horse racing-related interests have received more than $200 million in annual state revenue from slot machines due to the 2004 legalization of casinos, and the commission’s resolution noted that diverting the $88.2 million in the next fiscal year would expose it to covering the full $200 million in scholarship costs in the future when the federal American Rescue Plan Act funds are no longer available.

Commission member Thomas Jay Ellis stressed that the funds are dedicated by law to support racing and those who make their living from it directly and indirectly, which he said is vital not just to the horsemen but Pennsylvania’s agricultural industry overall.

“The governor and this administration are not listening,” Ellis said. “Let’s stop this yearly pitting of education versus the horse racing industry once and for all. Both are vital to this commonwealth.”

It’s not just the commission members, who have strong ties to racing, who have opposed the plan from the Democratic governor. Republicans, who are in control of both the House and Senate and in many cases represent rural areas, have never taken Wolf’s scholarship idea seriously in the past and evidently won’t this time either.

That reaction was summarized by House Appropriations Committee Chairman Stan Saylor at a recent budget hearing concerning the state college system, according to a report by the PennLive media outlet.

“I do want to point out that the governor again this year put in the Nelllie Bly, which is dead on arrival,” Saylor told State System Chancellor Dan Greenstein. “It has been. The General Assembly’s been very clear on that.”

Greenstein and other higher education officials and advocates have backed Wolf on the tuition plan.

“Pennsylvania’s 14 state system universities provide the highest quality education at the lowest possible price, but for too many students the dream of a degree is still out of reach,” Greenstein has said.

Members of the Horse Racing Commission have stressed they are not opposed to making college education more affordable in Pennsylvania, but contend the governor is going about it the wrong way by raiding funds long dedicated to their industry.

‘Integrity hotline’ being set up

Also Tuesday, Thomas Chuckas, the commission’s director of thoroughbred racing, presented an update on implementation of the series of Equine Safety and Welfare Action Plan that the commissioners approved at their January meeting.

Chuckas said that while some of the actions will take additional time due to the regulatory process or other requirements, a number of improvements designed to ensure horse health and safety will be implemented by March 1. While many of those will only be noticeable to officials or employees at the three thoroughbred racetracks, one will be evident to the public.

Chuckas said a special phone line will be installed, and advertised on the commission’s website and at the tracks, for the public to submit reports of suspicious or illegal activity at both thoroughbred and standardbred tracks. He referred to it as an “integrity hotline,” with the public able to make those reports anonymously for investigation by the commission.

On Jan. 27, Vitali was issued a one-year suspension in Pennsylvania by the commission to begin Feb. 15, accompanied by a $10,000 fine. The punishment was related to his horse Single Lady testing positive for d-methamphetamine after winning a race at Presque Isle Downs on Aug. 26.

Chuckas said Vitali has exercised his right to appeal the penalty, which means his case is undergoing an additional hearing process before the commission takes final action.