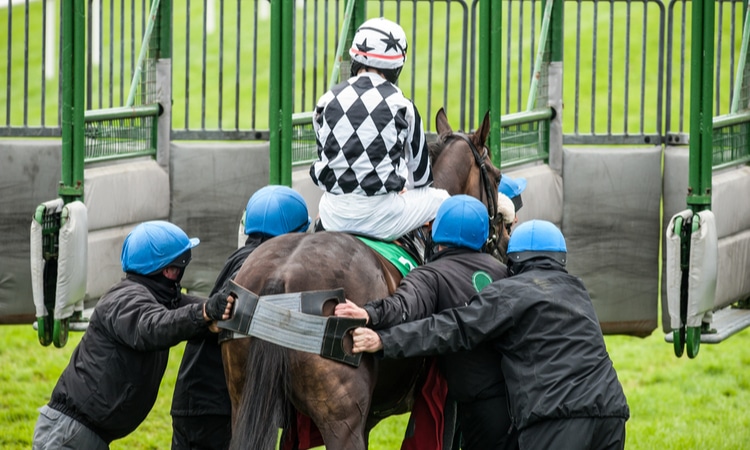 Pennsylvania’s new annual budget will again protect the state’s horse racing industry from an attempt by Gov. Tom Wolf to divert its share of slot machine revenue to a proposed college scholarship program.

The legislature passed a $40.8 billion spending plan for 2021-22 on Friday that Wolf is expected to sign this week. It does not include Wolf’s controversial proposal — which he has advanced for two consecutive years with no traction — to take away about $200 million in annual funds from slots revenue that is dedicated to bolster purses at the state’s six racetracks and additionally assist horse breeders.

Wolf, a Democrat, has obtained no support in the Republican-controlled legislature for raiding the Pennsylvania Race Horse Development Trust Fund to support his proposed Nellie Bly Scholarship Program, which would assist students at state-owned universities.

The lack of support was such that Senate Bill 377, the measure introduced by Allegheny County Democratic Sen. Wayne Fontana June 7 to provide for the scholarships, does not identify any source of funding. An earlier memo he distributed to colleagues in April had stated the horse fund would be the source of $199 million for tuition assistance. The bill sits in the Senate Education Committee with no indication of whether it will ever see action.

A poll backed redirecting the funds

It has never been clear either last year or this one what has motivated Wolf’s dead-on-arrival aim to slash the race industry’s funding, other than his public statements that college students’ costs should be prioritized over support for those who derive their living by breeding and racing horses.

About 10% of slots revenue has historically been set aside by law in Pennsylvania to bolster racing, which was a means of winning rural lawmakers’ support for the 2004 law that placed stand-alone casinos in the state’s large urban areas.

The horse industry has vigorously opposed Wolf’s efforts to reverse that commitment now, and for the second time this February the Pennsylvania Horse Racing Commission voted to publicly protest his intent.

The public’s viewpoint may be another story, according to responses as part of a Franklin and Marshall College poll that was conducted June 7-13 — the average Pennsylvanian has a lot more reason to feel something at stake in supporting education than racing and the connected agricultural industry.

Education Voters of Pennsylvania, the private, nonprofit group pushing Wolf’s plan, reported that the poll found 10% of respondents believed tax revenue from slot machines should continue supporting the horse racing industry, while 83% favored using it for other purposes.

“There is clearly little appetite for taxpayer-funded horse racing,” Susan Spicka, executive director of the organization, said in a statement. “With so many other more pressing needs it’s hard to justify continuing this program.”

Regardless, that program is continuing. Wolf will be responsible for just one more budget before the end of his second and final four-year term in office, and he’ll be faced early next year with a decision on whether it’s worth bringing up his scholarships-over-horses proposal yet again.