The space-themed slot is easy to play, easy to understand, and totally chill 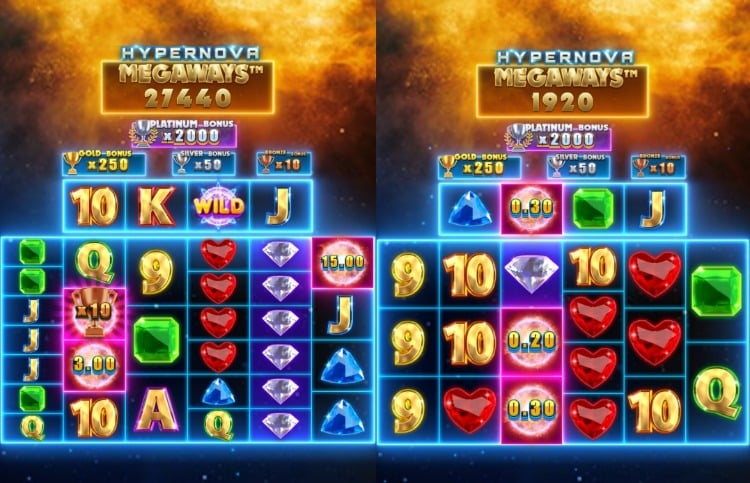 Sometimes when playing a slot, you just want to zone out and chill, man. You know, just let your mind float into the ether. Space out and stuff. Zoinks, you know? Dude. Duuuuude. Duuuuuuuuuuude.

If you’re still somehow reading after that abomination of a first paragraph, then guess what: Hypernova Megaways, one of the nation’s most popular online slots, might be just the game you’re looking for in the world of Pennsylvania slots. 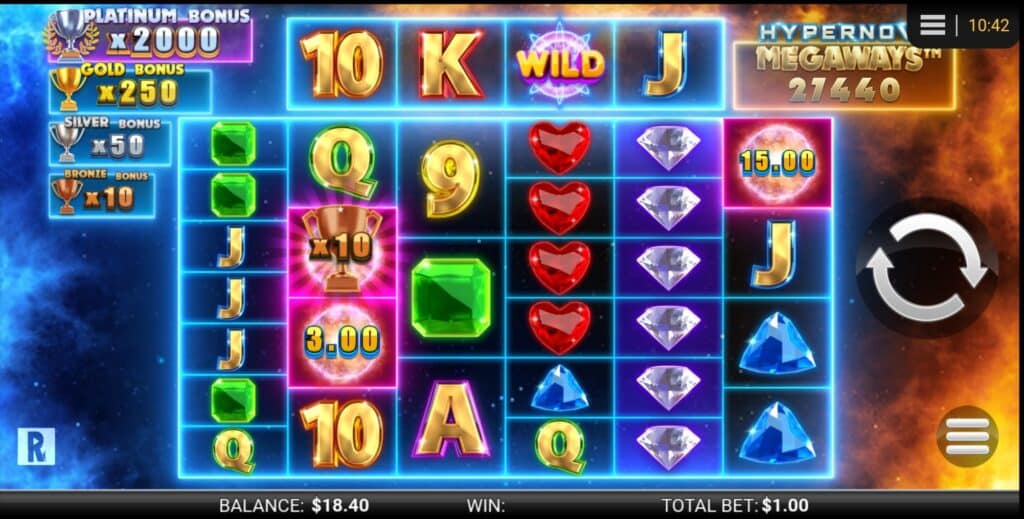 This week, we head over to the Borgata Casino PA, where the game is easy enough to find – just search “hyp” and it pops up. (You know, like, “hip,” man? You dig? I’ll stop now.)

This spacey trip won’t cost you much bread – as little as 20 cents a spin – and it won’t be a bummer. You’ll dig it. It’s groovy. (Sorry, can’t stop.) It’s heavy, man. Far out. Totally mellow vibe.

You know those slots where there’s a myriad of ways to get into bonus rounds and re-spins and buy-ins and all that whos-a-whatchas?

Yeah, well, Hypernova Megaways kind of has that, but not really. Truly, it’s one of the more straightforward slots out there. It’s a step above the “three cherry” model, but when it comes to understanding how to win, it’s not much more difficult.

For starters, it’s a megaways title from ReelPlay, which means there are over 117,000 different ways to win. This sounds awesome, but there’s also probably an infinite amount of ways to lose (#nihilism).

Anyway, you spin the wheel, and each row can have anywhere from two to seven symbols pop up. 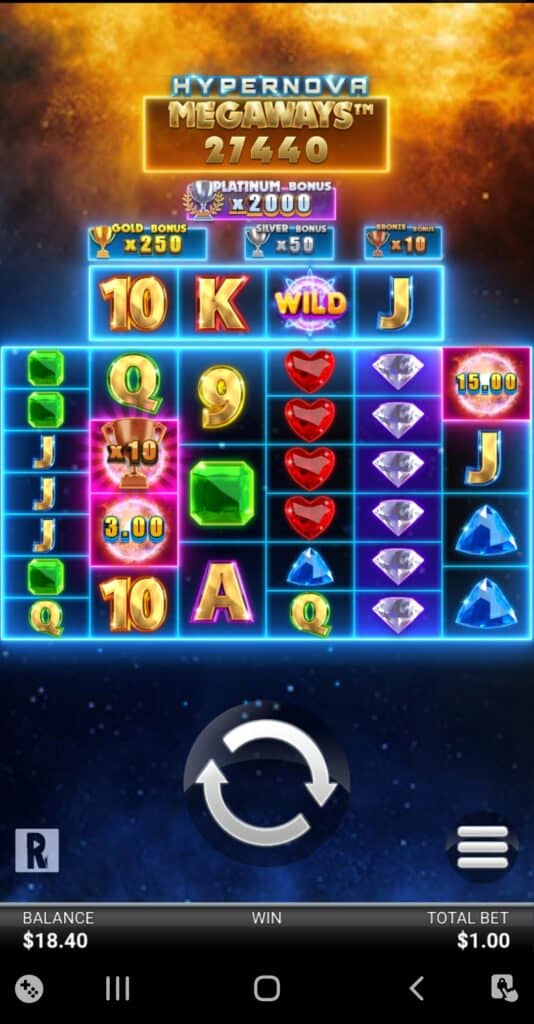 Diamonds are the key symbol. Get six across, win 100x your stake. There are also hearts and emeralds and kings and nines — you know, all things usually found in space. (Have I mentioned the game is space-themed, kinda but not really?)

Wilds — and you’ll know it because it says “wild” — replace all symbols except for the scatter, and six or more scatters — they look like what I’d imagine “hypernovas” look like — trigger the bonus re-spins.

If you get that, you get three re-spins, and the scatters hold their position while the other wheels spin. Each time you get another scatter, you get three more re-spins until you either fill up the board (yay!) or you don’t get any more scatters after three spins (boo!). At this point, each scatter has a value attached to it, from 1x to 100x your bet. You can also win a trophy jackpot, with platinum giving you 2000x, gold 250x, silver 50x, and bronze 10x.

And that’s pretty much that. No scantily clad space women, no fill-up-the-spaceship kind of thing, no screaming aliens.

Spacey, dude. The music sounds like the love child of a prog rock fan and Ms. Pac-Man. It’s spacey, violin-esque but not quite, tinkly. It’s what you might listen to after the boosters fall back to Earth and you’re at zero gravity.

Also, when four scatters hit the board, the music swells and the screen shimmies and starts getting bigger in anticipation of hitting the bonus. So that’s exciting.

As for the slot mechanics itself, it’s six reels across, with reels 2, 3, 4, and 5 having an extra “reel” up top. If you win, the winning symbols disappear and are replaced, giving you extra chances to win.

Again, it’s space-themed, as in the background looks like space, but that’s really the only nod to the greater universe.

The game has a 96.09% RTP, and playing it — I spun it north of 75 times — I found the variance to be middling. with plenty of little wins along the way to keep me interested. 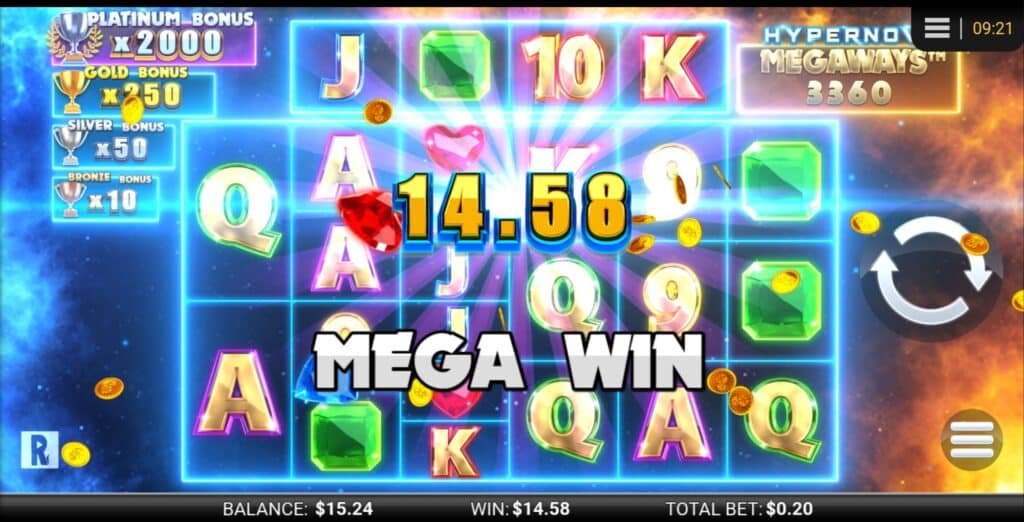 I didn’t get the six scatters bonus round, so not a whole heck of a lot happened. Some mellow music, easy to understand gameplay, and — when I was down to my last 20 cents — I hit like a dozen queens across the board for an 80x payout. Figured I’d stop there, book the profit, and live to fight another day.

I mean love. Live to love another day. Peace out.