PennBets has the opportunity to interview RSI President Richard Schwartz about everything from Play SugarHouse to sports betting and PA.

In September 2016, Rush Street Interactive (RSI) was faced with the formidable challenge of finding success in a New Jersey online casino market that was nearly three years removed from launch, saturated, and dominated by local brands.

RSI was certainly no stranger to the online space, as its in-house proprietary platform was already powering a number of social casino4fun websites, including those associated with Rivers Casino and SugarHouse Casino in Pennsylvania, both operated by parent company Rush Street Gaming. Yet, this was RSI’s first foray into real-money online gambling.

Upon launch, it became immediately apparent that there was something different about the delightfully titled Play SugarHouse. It wasn’t just the crisp interface or the hundreds of games that it debuted with, but its ability to engage players via a generous promotional schedule, social interaction features, and a multi-faceted loyalty program. Suffice it to say, in an industry where reliance on “tried and true” was the norm, Play SugarHouse and RSI were intent on bringing online gaming into the modern era.

Since, RSI has taken great pains to improve its flagship features and campaigns, and has become one of the most successful and fastest growing sites in the New Jersey market. The company was recognized for its efforts at this year’s North American EGR awards, where it won the award for best marketing campaign. 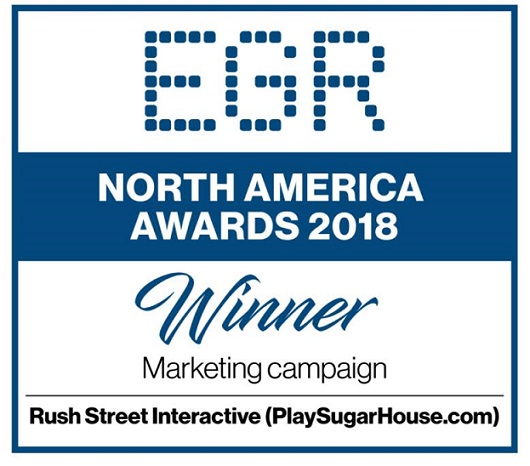 We recently had the pleasure of interviewing the company’s president, Richard Schwartz, about Play SugarHouse, as well as the company’s plans for sports betting and the forthcoming iGaming opportunity in Pennsylvania.

PennBets: Despite being a non-AC branded online casino and a latecomer to the market, Play SugarHouse has taken the NJ iGaming industry by storm. What do you feel are some of the keys to its success?

Richard Schwartz: The facts are that the market hasn’t really grown since March 2017. Simultaneously PlaySugarHouse.com has grown consistently over the last 14 months, meaning we’ve taken market share. Our research shows that players stay with us longer than is the standard in the industry. This is the main reason why we are taking market share.  We believe there are many reasons they are staying longer with us. Some of the key ones are:

The bottom line is we offer innovation and value.  Online gaming has been a success for the state and operators since its launch, but now growth has been more or less flat for over a year…that’s why sites like PlaySugarHouse.com need to be innovative. With the igaming revenues being flat for almost a year and talk of new operators coming on, only the sites offering real value will succeed. 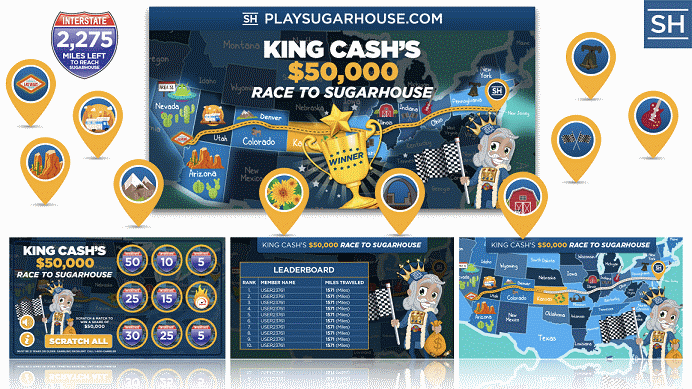 The impact Play SugarHouse has had on the NJ online casino market is quite apparent. In the lead-up to the site’s September 2016 launch, the Golden Nugget AC license, consisting now of Golden Nugget Casino, Betfair Casino, and Play SugarHouse, was generating roughly $3.5 million a month in gross gaming revenue. In the past three months, it has averaged $8.5 million, with Play SugarHouse contributing a significant portion.

Granted, other NJ iGaming licenses holders have seen their revenue spike as well, but not nearly to the same degree as Golden Nugget AC, which currently boasts more than twice the online casino market share as its closest competitor, the more brand-recognizable Borgata. That gap stands to widen even further, as Play SugarHouse is poised to add the popular Live Dealer format shortly.

PennBets: The other two NJ online casino sites under the Golden Nugget license both have Live Dealer games. Is a Live Dealer rollout in the cards?

Richard Schwartz: Yes, it is. We have evaluated all product options and expect to launch the one we’ve selected later this summer.

Following the U.S. Supreme Court decision to strike the federal sports betting ban (PASPA) from the books, RSI has wasted little time positioning itself as a major player in the industry.

PennBets: We noticed that RSI has partnered with Kambi Group for its sports betting platform. What was the motivation behind the partnership, or more plainly, why Kambi?

Richard Schwartz: We wanted a sportsbook partner that had an extremely high quality product, offered a large volume of in-play betting options, was clean from a compliance perspective, and importantly, enabled our in-house products teams to develop differentiated and unique betting experiences for our players. Regarding the latter point, since RSI has its own igaming platform, we’ve been able to develop a proprietary value-added layer around the existing Kambi-backbone to ensure that our players gain access to unique features and functions that are not available on other sportsbooks, even those also using Kambi. Some of our unique sportsbook functionalities are available to our players specifically because of a seamless integration with our iGaming platform that already maximizes the user experience, and others are available due to custom development we’ve created specifically to enhance the player sportsbook experience beyond functions that a core sportsbook provides out of the box. RSI will continue to invest in innovation and look to bring features that U.S. players may not expect but will certainly appreciate.

RSI’s entry into the U.S. legal sports betting market is hardly a surprise. What did surprise was when the company announced that it was entering the regulated Colombian market, becoming the first U.S. based gaming company to do so.

Richard Schwartz: There is tremendous growth opportunity in Colombia. It has a population of over 48 million people, a significant existing land-based casino market, and a player base that likes to gamble. Additionally, we believe that the insight gained from operating a regulated sports book in South America will further advance our company’s sports betting efforts should it be legalized in other South American markets. Also, now that sports betting has been legalized in the U.S., the Colombia operation further expands our overall online portfolio, creating an even stronger foundation and competitive advantage for launching sports betting across all Rush Street gaming platforms.

PennBets: Will we see Rush Street Interactive participate in Pennsylvania?

Richard Schwartz: The company’s strategy is to operate online gaming sites in newly regulated iGaming markets across North and South America if we think there is a viable market opportunity. So we are still evaluating the opportunity in Pennsylvania.

Pennsylvania, which legalized online gambling and sports betting last October, is shaping up to be a difficult climate for operators, due primarily to absurdly tax rates, sky-high licensing fees, and severe restrictions on branding.

It is widely believed that because of this, would-be operators have held off on submitting applications for licensure. How the landscape will shape up should become clearer by July 16, which is the deadline for operators to apply for all-inclusive iGaming licenses spanning slots, table games, and poker.