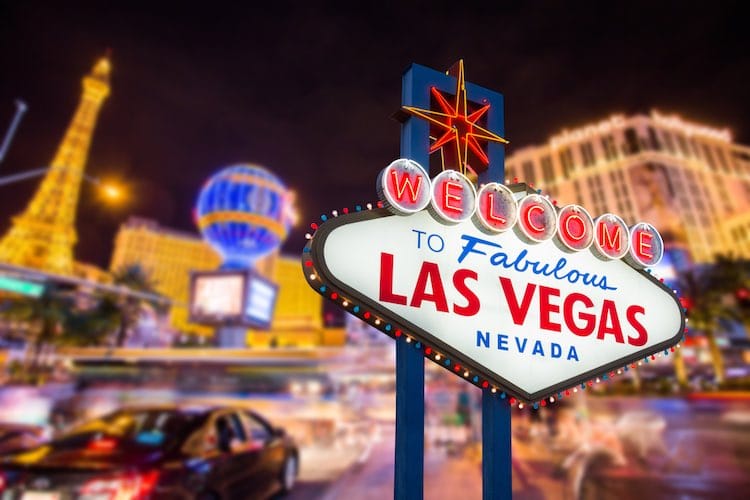 Jimmy Vaccaro is returning to Las Vegas from his current post at the Rivers Casino in Pittsburgh. Rivers Casino is owned by Chicago-based Rush Street Gaming.

The 73-year-old bookmaking icon is resuming his marketing and promotional role at Las Vegas’s South Point sportsbook at the end of July.

Vaccaro confirmed via telephone Thursday his return to Las Vegas is imminent, but declined further comment.

Vaccaro’s Las Vegas redux, where he’s credited with innumerable innovations over a 44-year career, will also allow him to return to his post at the Vegas Stats and Information Network (VSiN). VSiN says Vaccaro will soon resume his popular and amusing regular appearances on Brent Musburger’s “My Guys in the Desert” program on the multi-platform sports wagering network. VSiN’s main studio is at the South Point.

Something is not right at the Rivers Sportsbook. Jimmy Vaccaro was brought in to be the face of Rush Street Gaming. Mobile sports app being launched this week at Rivers and not one mention of him. ”Odd ” https://t.co/DzKnI0jFuS

Andrews Out of Action for Treatment

Andrews, author of a recently published book about his decades as a part of the sports wagering world in Nevada, is expected to miss many months of work to receive treatment for a rare bone disease called Myelodysplastic syndromes, or MDS.

Myelodysplastic syndromes are a rare group of disorders in which the body no longer makes enough healthy blood cells.

He revealed his illness on VSiN in late April saying:

“I owe an explanation to my customers as to why I won’t be doing early first week of college football, season win totals and games of the year. I’m fighting a disease that won’t allow me to put in the effort necessary.

South Point management told Penn Bets that Vaccaro is invaluable in helping the sportsbook promote its current betting menu. Among them, the book’s popular $5.00 “no-spread” jackpot football parlay card, conceived and developed by Vaccaro. The popular “winner-take-all” promotion guarantees a $25,000 jackpot to customer picking the most wins in the first week of the NFL season. If the amount of play exceeds $25,000, all extra money is rewarded to the winner(s).

Vaccaro surprised the Nevada bookmaking world when he revealed late last year he would return to his Pittsburgh-area gambling roots. He’s a native of nearby Trafford, a small community where he learned about sports betting by frequenting local pool halls and gambling parlors as a youth.

When his return to Western Pennsylvania became public, many close friends openly conjectured that he might be unable to remain away very long from the bright lights of Las Vegas and the laid-back Southern Nevada lifestyle. Vaccarro will not fly, so intermittent visits to Nevada were not an option.

Industry sources are suggesting to Penn Bets that the “go slow” approach by some new sports betting jurisdictions may have played a part in Vaccaro’s decision to return to Las Vegas. The veteran bookie is known for his casual dress: jeans and a white sweatshirt, a freewheeling style and a willingness to take big action. Vaccaro’s reputation also includes a desire to give the everyday player a chance to succeed with innovative betting options and fair numbers.

Vaccaro remains an important figure in the sports betting world not only because of his lengthy career but also because of his exceptional recollection of many historic sporting events and how sports wagering intersects with those events thus richly coloring how they are remembered. His recollections are a part of many sports documentaries, including the recent ESPN examination of boxer James “Buster” Douglas’ shocking defeat of Mike Tyson in 1990.

Sports Handle contributor Robert Mann has a Northwestern journalism degree and is a former reporter for the Chicago Tribune and National Enquirer. He has worked in news management for CNN and several TV stations and is a 31-year resident of Las Vegas.

Sports Handle contributor Robert Mann has a Northwestern journalism degree and is a former reporter for the Chicago Tribune and National Enquirer. He has worked in news management for CNN and several TV stations and is a 31-year resident of Las Vegas.