Requirement to sell at least 50,000 gallons of diesel fuel monthly is a hindrance, representative says 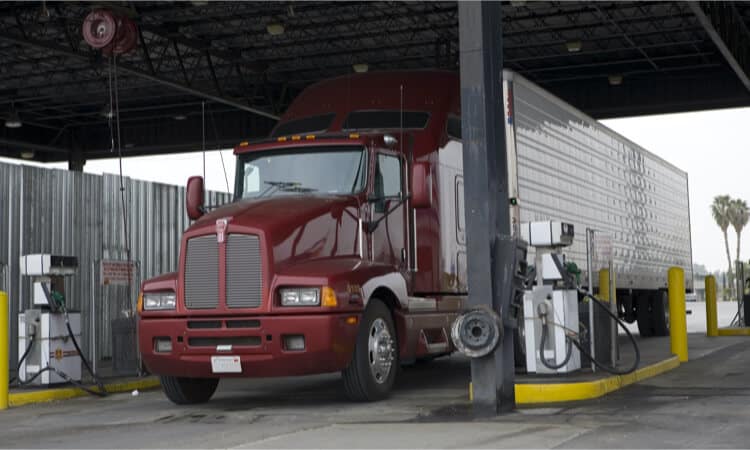 One of the quieter parts of Pennsylvania’s broad legalized gambling expansion since 2017 has been the addition of video gaming terminals at truck stops, but the possibility of increasing those locations was the focus of a recent legislative hearing.

The House Gaming Oversight Committee heard testimony Sept. 21 on HB 2743, introduced in July by Republican Rep. Seth Grove of York County, to drop one of the criteria that limit which facilities can obtain a VGT license.

Grove’s bill would remove the requirement that truck stops hosting five VGT machines — which operate similar to casino slot machines — must average at least 50,000 gallons of diesel fuel sales monthly. The legislation is supported by VGT suppliers and truck stop operators such as the Rutter’s chain, which is based in Grove’s legislative district but has 78 locations around the state.

In a memo circulated to colleagues when he introduced the bill, Grove said that tying licensing requirements to the extent of sales of a specific commodity such as diesel fuel runs contrary to sound and standard public policy. And in testimony on Sept. 21, which can be viewed online, he stressed how truck stop operators have been impacted by higher gas prices, which can depress sales.

“The reality for a lot of these establishments is they are worried they would not hit the benchmark and be able to continue their license,” Grove said.

Gaming board is neutral on change

Pennsylvania Gaming Control Board Executive Director Kevin O’Toole testified on factual matters at the hearing without taking a stand for or against Grove’s proposal, as the regulatory agency defers to lawmakers on the setting of public policy.

The number of VGT locations in the state containing five machines each has gradually grown, and O’Toole said the 66 now operating have generated almost $80 million in total revenue since the first one opened in 2019. Of that, he said about $33.5 million has been allocated to state taxes and $8 million to local governments.

O’Toole said that perhaps 25% of operators who sent in initial VGT applications withdrew them after realizing they would have difficulty meeting the threshold for 50,000 gallons of monthly diesel fuel sales. Presumably, they would meet the other criteria such as providing a convenience store on site, making parking available for 20 or more commercial vehicles, and occupying at least three acres.

The reason for such provisions was not widely discussed publicly at the time of passage of the 2017 legislation, which garnered more attention for its allowances for new online gambling and sports betting in Pennsylvania. Committee members’ comments at the hearing, however, referred to lawmakers at that time wanting safeguards to control any proliferation of VGT sites, generally confining them to areas distant from existing casinos.

Rep. Russ Diamond, a former truck driver himself, also commented that the VGT additions were intended to give truck drivers some form of entertainment during necessary stops on their travels, which generally don’t take them near casinos in high-density metropolitan areas.

He and other committee members did not endorse Grove’s proposed change, which would be unlikely to see action regardless in the short time remaining in the 2021-22 legislative session.

“I believe there has to be a more comprehensive discussion of all the different issues all of our gaming partners are experiencing,” Diamond said. “There’s just a lot of moving pieces to the Pennsylvania Gaming Act, and there’s a lot of things besides gallonage at truck stops that are coming up as important. Rather than moving on a bill that would benefit one particular small segment of the industry, we probably should focus on something much broader.”

Lobbyists for change speak up

Christopher Reed, general counsel for Rutter’s, told the committee that the company currently has 19 VGT-licensed operations among its 78 locations, and another seven to nine would probably meet criteria and apply for licenses if the fuel requirement is dropped.

He suggested the requirement is unfair, in that issues that can affect fuel sales such as price hikes, supply shortages, and changes in demand are outside of the operator’s control.

In response to questions, Reed said Rutter’s retains 15% of the revenue generated by the VGTs, which can add up to between $75,000 and $125,000 annually per location. The VGT rooms can only be in operation if a facility employee licensed by the gaming board is on duty and surveillance cameras are operating to help ensure no one under 21 is playing the machines.

Amy Christie, director of compliance and business for J&J Ventures, an Illinois-based firm that is a major supplier of VGTs in Pennsylvania, noted in testimony that Illinois awards licenses to truck stop locations that sell a minimum of 10,000 gallons of diesel fuel monthly. That state has a different gaming industry, however, where VGTs are in widespread locations and the devices at several thousand small outlets that also include bars and restaurants outnumber the slot machines in traditional casinos.

Smaller, family-owned truck stop locations, in particular, would benefit, Christie said, if Pennsylvania removed its diesel fuel requirement — or else substantially reduced it.