Another Push For Casino Smoking Ban Resurrected By Lawmaker 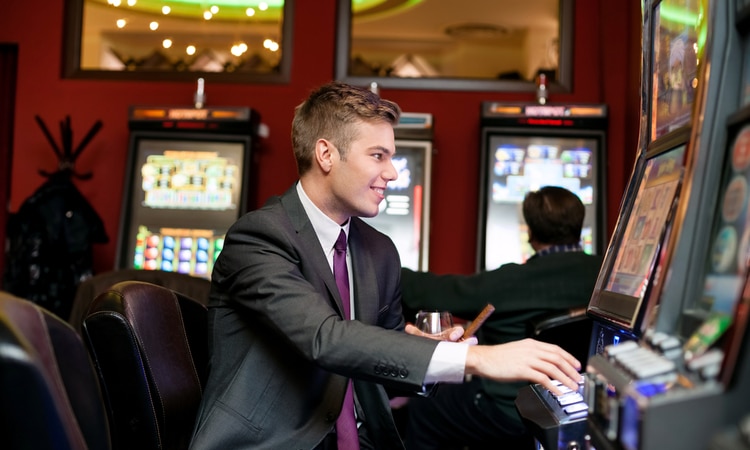 The recent push to ban casino smoking has garnered more momentum in New Jersey than Pennsylvania, but a lawmaker who has long pressed the issue used a Rivers Casino Pittsburgh license renewal hearing to resurrect it.

State Rep. Dan Frankel of Pittsburgh told members of the Pennsylvania Gaming Control Board Wednesday that he and a fellow Democrat, Senate Minority Leader Jay Costa, would soon be introducing legislation to undo the exemption for casinos contained in Pennsylvania’s 2008 Clean Indoor Air Act. Frankel has led similar efforts that failed in prior legislative sessions, and Republicans who continue to control both legislative chambers have given no indication that will change.

The 2008 law bans smoking in restaurants and other public spaces, but it enables casinos to allow smoking on up to 50% of casino gaming floor, due to the industry’s business concerns. The gaming board lacks authority to change the exemption on a permanent basis, although it did impose a temporary full ban as part of COVID-19 restrictions during the pandemic.

At the casino licensing hearing at the Allegheny County Courthouse, Frankel noted how health awareness has increased since the 2008 law was enacted, with the number of smokers in the population dropping to 14%. He urged the regulators to do what they can to coax casinos on the health issue that affects their thousands of employees.

Frankel pointed out Parx Casino, the state’s largest, has opted voluntarily to require that smokers go outside to light up despite the statewide ban being lifted. Mount Airy Casino Resort has also initiated its own ban, and state revenue figures have not suggested any harm to those two casinos from their concerns placing health at the forefront. Non-smokers, naturally, prefer to be in venues where they don’t have to deal with cigarettes nearby.

“Parx saw the writing on the wall,” said Frankel. “Workers should simply never be forced to choose between their health and their livelihood.”

The legislator was joined later at a press conference where he received backing from Costa, Allegheny County Executive Rich Fitzgerald, a representative of the American Lung Association, and a former Rivers Casino cocktail server who said smoking there exacerbated her asthma and contributed to bronchitis.

While Frankel noted Rivers and other casinos tout their modern air filtration systems and non-smoking areas, he said, “One employee explained the non-smoking section of the casino is like a non-peeing section of a swimming pool. Air, like water, doesn’t stay in place.”

No gaming board members offered response to Frankel’s comments, and Rivers Casino officials were not asked at the hearing for any comment of their own.

Such hearings required every five years for license renewals tend to be pro forma, with casinos outlining their financial and other contributions to the community and local officials offering endorsements of them for their economic impact.

Such was the case for both the Rivers Pittsburgh hearing Wednesday and a similar one the day before in Washington County for Hollywood Casino at The Meadows. The two are the largest casinos in western Pennsylvania, with Rivers generating $257 million in slots and table games revenue in the last fiscal year and the Meadows making $157 million.

In both cases, officials touted new additions that are nearing completion.

Rivers executives said their $60 million, 219-room hotel connected to the property on Pittsburgh’s North Shore would open in July or August. It will help build the casino into more of a regional destination center than it already is, General Manager Bud Green said. Unlike the casinos in Las Vegas and Atlantic City, most in Pennsylvania do not have hotels connected to them.

At the Meadows, which was rebranded by owner Penn National Gaming with the Hollywood name last year, the newest project is a $6.8 million investment in remaking its sportsbook area. The new section combining the sportsbook with a bar and restaurant and a view of the harness racing track outside will be a “Barstool campus,” as described by General Manager Tony Frabbiele. He said it would be finished by the end of May.

During the two licensing hearings, board members focused their questions on the extent to which the casinos are trying to broaden minority participation in their workforce and management, and what they are doing to further respond to concerns about patrons who gamble while leaving children unattended in cars.

No issues arose that would suggest any difficulty in renewal of the licenses, although those are not official until the board votes at a subsequent public meeting in Harrisburg.