[toc]Since 2013, there have been numerous legislative efforts to bring legal online gambling to the state of Pennsylvania, which culminated in the 2017 passing of a major gambling expansion in the state that includes online poker, casino and much more.

Looking back, here are some of the legislators who have been key negotiators in the efforts over the last few years.

Dunbar represents the 56th Legislative District and has been an ardent supporter of online gaming in Pennsylvania.

An admitted online poker enthusiast himself, Dunbar sponsored two online gambling expansion bills in 2016, HB 1887 and HB 2150, that passed the House but were ignored by the Senate.

He also sponsored HB 392 in 2017, an omnibus gambling expansion bill that included the legalization of daily fantasy sports and online gaming while carrying a 14 percent tax rate for operators, an $8 million internet gaming license fee and $2 million fee for internet gaming vendors.

Youngblood was a co-sponsor of HB 2150 during the 2015-16 legislative session, which passed the house but failed to garner the Senate’s attention. She has been an ardent advocate for legalized online gaming, even writing an op-ed in June 2016 on the House’s official website.

Within that piece, Youngblood emphasized the importance of regulation of industries that were already expanding without formal regulation (in reference to daily fantasy sports) within the state’s borders, and also pushed back on the concept that online gaming would hurt the state’s already thriving land-based casino interest.

Youngblood emphasized that in New Jersey, “iGaming opened the door – literally – to a new segment of the gambling population that would not have visited a land-based casino.

Recent studies have shown that iGaming has a complementary, not cannibalistic, effect on the brick-and-mortar establishments.”

Killion, a former fraud investigator in the Pennsylvania Department of Revenue, has served the 9th Senatorial District since assuming office in May of 2016.

He is a past member of the Pennsylvania House of Representatives, having served in that body from 2003-2016 while representing the 168th district.

An experienced state politician, Killion also had a seat on the Delaware County Council in the early 90’s and has been involved in various other forms of public service.

Killion introduced bill SB 477 in 2017, which mirrored the gambling expansion goals and provisions of Dunbar’s HB 392.

Costa is currently the Senate Minority Leader and serves the 43rd Senatorial District.

He introduced SB 524, essentially a “competing” piece of proposed legislation to Killion’s SB 477, that carried a 25 percent tax rate for operators, who would be required to obtain a $10 million internet gaming license.

Licenses would be limited to the state’s 12 large casinos and racinos.

The bill also included an array of other licensing and start-up fees, including $5 million for internet gaming vendors, an airport tablet gaming fee in Philadelphia and Pittsburgh of $2.5 million each, and a $2.5 million license fee for DFS operators.

Nov 2004. Portrait to be used on all print and web media.

Payne, along with Democratic co-chair Nick Kotick, who headed up the Gaming and Oversight Committee, co-sponsored HB 649 in the 2015-16 legislative session.

The bill set the minimum age requirement for players at 21 and called for a 14 percent state tax, plus a 2 percent local assessment fee, on gross online-gaming revenues.

A one-time $5 million licensing fee for operators was also established, along with a $1 million fee for what were termed “significant vendors.”

Payne did not seek reelection in 2016, leaving the Legislature just a few steps short of his goal to legalize and regulate online gambling in the state.

Ward, Vogel, Scarnati and Robert “Tommy” Tomlinson co-sponsored SB 900 in the 2015-16 legislative session, which gained notoriety not necessarily on its merits, but rather for an excessive 54 percent tax rate that would be imposed on gaming operators.

The four Republicans may not have been motivated to pass online gaming legislation, as many considered the proposed tax rate to be a poison pill. Though that bill never gained any real traction, the law that ultimately passed in 2017 did have excessive tax rates including 54% on slots.

Ward chairs the Community, Economic & Recreational Development (CERD) Committee, making her one of the key players in the legislative process.

Miccarelli, a Penn graduate and Iraq War veteran who represents the 162nd District, introduced HB 695 in the 2015-16 legislative session, which sought to exclusively legalize online poker.

That piece of proposed legislation called for a licensing fee of $5 million per operator and would have imposed a 14 percent tax on all interactive gross gaming revenue.

Miccarelli is a member of several House committees, though none of them are especially pertinent to online gaming legislation.

Davis, representing the 141st Senatorial District, is the pioneer of online gaming legislation in Pennsylvania, having introduced HB 1235 in April of 2013.

The provisions in HB 1235 enabled existing casinos and slot machine license holders to apply for supplemental licenses that would have allowed them to set up online operations. Licensees would have been subject to a $5 million non-refundable authorization fee and would have paid a 28 percent tax on revenue from internet gaming.

HB 1235 aimed to authorize all manner of “table games, slot machine or any other game the Pennsylvania Gaming Control Board deems suitable for play on the computer.”  Games of chance the likes of bingo and keno would have been the only exceptions.

Davis’ name resurfaced on a gambling expansion bill in the 2015-16 legislative session, which called for the state’s Gaming Control Board to regulate all manner of online gaming, set an “authorization fee” at $5 million per operator, sought to “establish a reasonable tax rate that takes into account overhead and cost of operation for the casinos,” and directed that all proceeds from online gaming be split between the Property Tax Relief Fund and the State Lottery Fund.

Tomlinson was not an opponent of online gaming legalization in a traditional, overt sense, but his push for what amounted to an untenable tax rate for online casinos made him a potential roadblock to legislation.

Tomlinson, who actually helped author the 2004 slots law that paved the way for the state’s land-based casino industry, insisted that online casinos be taxed on their slots and table game revenues at the same respective 54 and 16 percent tax rates that their brick-and-mortar counterparts pay. These are the rates that ultimately became law.

Due to the considerable difference in business model — and hence, the profit margin — of online casinos compared to the land-based establishments, the rates that Tomlinson advocated are somewhat discouraging for casinos considering applying for an online gaming license. Ultimately time will tell how many opt into the market.

Notably, Tomlinson’s district includes Parx Casino, which cited concerns and opposition with respect to online casinos potentially paying lower tax rates than brick-and-mortar establishments, alleging the discrepancy would have led to loss of revenue and jobs at land-based casinos.

Boscola’s district includes Sheldon Adelson’s Sands Bethlehem Casino, which is the one land-based establishment in the state that has consistently been against any form of legal online gambling.

Boscola echoed many of the same concerns voiced by Tomlinson regarding the potential for online casinos to cost brick-and-mortar establishments customers, and by extension, lower overall revenue for the state.

Corman is the current Senate Majority Leader who has represented the 34th Senatorial District since 1999. He won the seat after it was vacated by his father, Doyle Corman, who retired after 21 years.

Corman has not stated that he opposes the legalization of online gaming outright, but rather, that expansion of what he considers “addictive products,” gambling among them, shouldn’t be driven by the state’s budgetary concerns. Instead, Corman feels each of these activities should be considered individually and regulated based on their own unique characteristics. 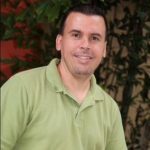