The state most reliant on casino tax revenue saw a $267 million drop from it in the just-completed fiscal year. 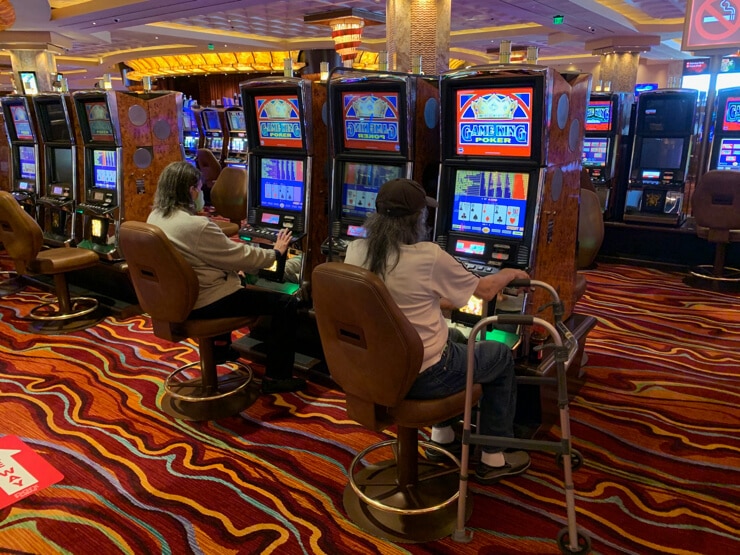 One of the drawbacks of being the No. 1 state in the nation for gambling tax revenue is the blind-side hit your budget takes if casinos’ cash cow status comes to a halt.

Putting out full numbers for the 2019-20 fiscal year, which count the effect of COVID-19 casino shutdowns from March to June, the Pennsylvania Gaming Control Board estimated Thursday that state and local governments will receive $1.12 billion from commercial gaming taxes.

That sounds pretty good, on the face of it, and will no doubt still lead the country, considering no large state has come along with higher gaming taxes than Pennsylvania’s. But that gambling tax revenue will be $267.2 million less than in 2018-19, according to the estimates.

That 19.2% drop is not the only reason the state is in a budget crisis tied to the unprecedented and unforeseen COVID-19 pandemic. There have been big coronavirus-related shortfalls in recent months in anticipated sales tax and income tax revenue, among other government proceeds, to explain a $3 billion-plus hole in the state’s $34 billion budget.

The drop in gaming revenue and taxes is one key disappointment, however, considering the casinos had routinely earned more than $3 billion in annual revenue for most of the past decade, with state and local governments receiving more than 40% of that.

Lawmakers have postponed figuring out how to deal with necessary budget adjustments. They passed a stopgap budget plan before their summer recess and are expected to deal with other necessary steps after the November general election.

Hopefully, the worst is over

Pennsylvania’s 12 casinos produced no revenue from their brick-and-mortar properties in April or May and far less than usual in March and June.

Their online casinos did produce money for the operators and the state, unlike the vast majority of states that lack legalized iGaming, but nowhere near what the physical casinos provide. The iGaming revenue of $240.9 million for the fiscal year was barely a tenth of what on-site slots and table games generated.

And while sports wagering revenue of $113.7 million in the state in 2019-20 was more than five times the haul of the prior year, that was only because the state had so many more online and retail sites now in operation. The vastly reduced sports calendar this spring, due to health concerns, was another severe blow to revenue expectations by the operators and state.

The good news is that the worst is apparently over, unless there is a new wave of COVID-related shutdowns affecting casinos, major sports, and the rest of the economy.

Though total gaming revenue of $132.6 million this June was less than half the amount in June 2019, a Penn Bets analysis of revenue reports from partially reopened casinos suggested they have been making as much money per day from gambling — and in some cases more – than was the case prior to their shutdowns. That’s even while tolerating widespread restrictions on their operations and amenities.

The possibility exists that they could approach or realize normal July gaming revenue, instead of suffering severe dropoffs from any public concerns about health and safety within casinos or family household impact from coronvirus layoffs.

At the same time, if plans by the NBA, NHL, MLB, and NFL to all be in action over the next couple of months are not knocked asunder, it could mean more monthly revenue than ever before for sportsbooks.

No operator was spared impact, but some suffered more

Overall in the state, the gaming board figures for 2019-20 show, slot machine revenue was down 28.6% and table games revenue was off 27.2% from the year before. Fantasy sports contest revenue declined 11.5%, meanwhile, to $20.9 million.

No casino operator was spared the negative effects, obviously, though some suffered more than others. Many had shown double-digit percentage increases in January and February from the prior year, so the timing of their shutdowns was especially costly.

Wind Creek Bethlehem, which was closed 103 days, declined in annual slots revenue more than any other operator, by 36.5% to $187.9 million. It is the largest earner in the state from table games, and that revenue also dropped severely, by 29.5%.

While June’s revenue data provided optimism that such devastating setbacks may be over, it was only for a partial month and could have been exaggerated by casino patrons who had been shut off from their pastime for so long that they immediately rushed back in a way that may not continue.

The indication of whether Pennsylvania’s casino industry has truly rebounded — and in a way that could bolster confidence in the state’s revenue for 2020-21 — will only come a month from now, when revenue figures for July will cover a full month of operations for nearly all of the properties.