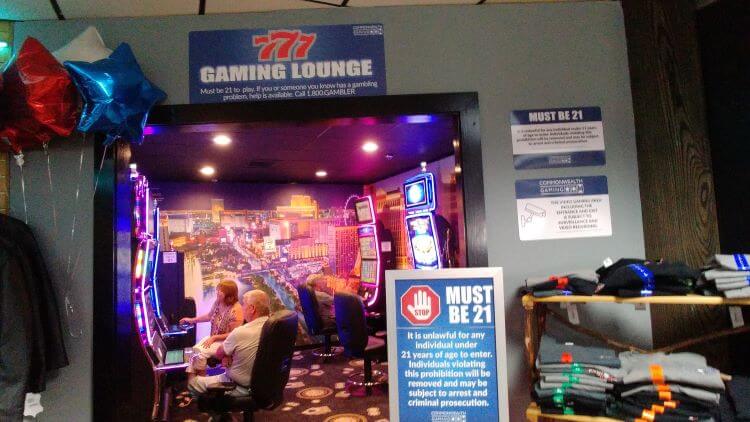 The Pennsylvania Legislature’s budget session wrapped up last week with no evident changes affecting the state’s gaming industry, but a York County lawmaker is aiming for a type of expansion in the fall.

There are currently 64 such locations around the state, which collectively generated $3.7 million in May revenue from hosting five VGT machines each. They are generally in rural areas a good distance from the state’s 16 casinos, and in addition to meeting the diesel fuel requirement, they must have a convenience store and at least 20 parking spaces for commercial vehicles.

In a memo he circulated to colleagues before introducing his bill, which has been referred to the House Gaming Oversight Committee, Grove wrote that the diesel fuel requirement contained in broad 2017 legislation that also legalized online casinos and sports betting “makes no sense.”

“Think of it this way,” Grove began. “Would the commonwealth link a tavern license to how many wings a tavern sells per month? Or linking a dentist license based on how many root canals a dentist performs per month? Of course not. Linking any license to a commodity is purely bad public policy.”

Bill’s a long way from passage

There is no indication of likely passage of Grove’s HB 2743, which would clearly increase the number of VGT machines in the state to compete with casino slot machines, though by how much is not known. The casino industry has already been lobbying the legislature to crack down on competition from so-called “skill games” widely available in bars, clubs, and convenience stores, but there’s been no consensus among lawmakers on that issue.

Grove’s proposal would likely benefit Rutter’s, a York County-based gas and convenience store chain that is already deeply involved in the VGT industry in the state. Its facilities represent 17 of the 64 VGT operations, but Rutter’s has many more locations that might qualify and be added if the diesel sales requirement is altered.

A recent Pennsylvania Capital-Star article reported that even though HB 2743 had not yet been introduced during the budget deliberations, the proposal had emerged as part of the discussions tied to the new fiscal year. It remains to be seen if the bill will come up for any votes in the fall before the 2021-22 legislative session ends. Grove is chairman of the House State Government Committee, but is not one of the top leaders in the Republican-controlled legislature.