Pennsylvania's poker rooms have been dark since mid-March, but under new operating guidelines, some will begin dealing this Friday. 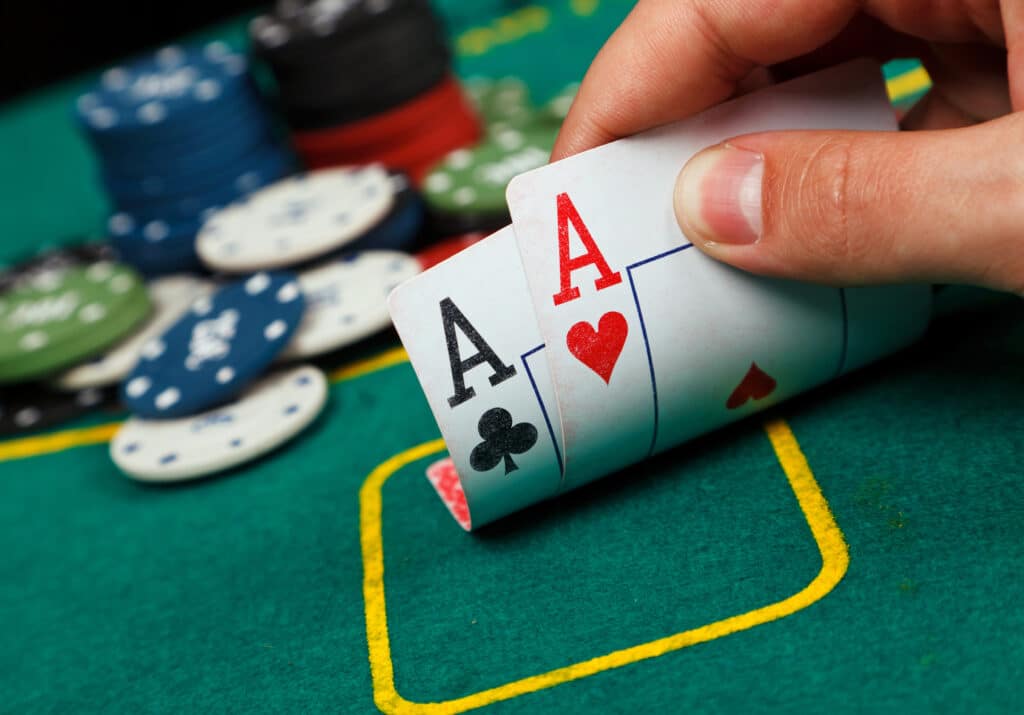 For Pennsylvania aficionados of live poker, it has been seven long months since they last held cards in their hands, folded, called, raised, bluffed, and — hopefully — at night’s end took a rack of chips to the cage to cash out.

They’ll be back at it soon.

Our Poker Room is officially reopening on Friday, October 16th at 12pm! 🎉
5 cash tables with seven-handed games will be offered daily from 12pm-3am, and plexiglass dividers will separate each guest. pic.twitter.com/9P48VBj2Ko

“We have experienced a significant number of guest inquiries related to when poker may reopen,” Mohegan Sun Pocono Director of Gaming Sunil Mukul told Penn Bets in an email. “We believe there is demand for it.”

A spokesman for Penn National Gaming, meanwhile, said the poker room at Meadows Racetrack & Casino would reopen a week later, on Oct. 23.

All of the restarts are subject to approval from the Pennsylvania Gaming Control Board, and more casinos are sure to follow soon with their own announcements of this additional return to normal after suffering through COVID-19’s wide-ranging impact on the gaming industry.

That’s not to say that playing live poker in a Pennsylvania casino will be as it was before all of the poker rooms, along with their casinos, went dark in mid-March.

Casinos reopened on staggered schedules in June and July under health and safety guidelines from the gaming board, and one of those stipulations has barred poker up to now.

“Poker rooms are not authorized to operate due to players handling cards and chips. Poker room operations will be re-examined based upon changing [U.S. Centers for Disease Control and Prevention and Pennsylvania Department of Health]  guidance,” the board’s written protocol stated.

The reopened poker rooms will now have their own health and safety standards, supplementing those already in use elsewhere in the properties.

As Mohegan Sun noted in its tweet, tables will be limited to seven players to enable better social distancing. Nine players was the standard previously.

Also, face coverings will be a standard requirement — as is the case throughout the casinos — for both players and dealers. Plexiglass dividers between players will be the norm. Casinos are barring food at the tables. Regular cleaning and sanitizing of cards and chips is to be carried out.

Such precautions have been in use in Maryland, which in late summer became the first casino state bordering Pennsylvania to allow poker rooms to reopen. Poker is still not permitted in New Jersey, New York, Ohio, or West Virginia.

Pennsylvania gaming board spokesman Doug Harbach said that the board’s executive director, Kevin O’Toole, sent a letter last month to the casinos “outlining the items that a poker room opening must include.” Five of them have thus far responded by submitting plans, with final approval from the board expected in the next several days.

“While the approvals are on a case-by-case basis, our goal is to enable those casinos that have received final approval AND are ready to have a coordinated reopening launch on Friday 10/16,” Harbach explained by email. “A casino could receive approval but choose to open on another date, but cannot open before that date. Other casino poker rooms that have yet to submit a plan will reopen as they see fit and after similar safety approvals.”

Poker’s not a big money-maker, but …

At the time the 12 Pennsylvania casinos all shut down in March, 10 of them operated poker rooms with a total of 218 tables, ranging from a high of 48 at Parx Casino to as few as seven at Presque Isle Downs & Casino.

There is seldom enough poker interest for all the tables to be in use simultaneously, however, and the rake they extract from players provides far less revenue than is generated for the casinos from their other gaming operations.

Tony Frabbiele, the Meadows general manager, told Penn Bets Tuesday that while poker is not a big revenue provider itself, it is an important amenity — similar to the harness racing at the racetrack-casino — “that complements the entire gaming experience.”

Poker players also use the restaurants and play other casino games, he noted, and while some are poker regulars, they are also driven by major tournaments or promotions like the buildup of big bad beat jackpots.

“It’s something that’s been missing … and now that we’re able to bring it back from a marketing perspective, every little thing helps,” Frabbiele said. “Having poker back lets people know that we’re here and putting all of the amenities back.”

Mohegan Sun’s Mukul made similar reference to “some ripple effect impacts” of having poker again available.

“Many times, you will have some folks in a group of people whose favorite game is poker, and for others in the group it may be something different,” he noted. “When choosing which casino resort to visit, they choose the property that offers impressive variety.”

Ben Kowalski, Meadows vice president of casino operations, noted poker tends to have a loyal following. “We’ve heard from those people pretty loud and clear,” he said. “We’ve always wanted to bring poker back once we could do it in a safe manner.”

He said the 14-table poker room is unlikely to be as active initially as it was pre-COVID. For instance, the Meadows — like Mohegan Sun — is holding off on scheduling any tournaments, relying only on Texas hold’em cash games in the near term. But that will be sufficient to call back a number of the poker room’s staff, who have all been on furlough.

At Mohegan Sun, the room will have no more than five of its nine tables available at the outset. “As we have seen with slots and table games, we believe it will be a slow ramp-up to achieve pre-COVID volumes,” Mukul said.

Pennsylvania’s casino industry in general has had a strong rebound after COVID shutdowns, reaching overall revenue in July and August that surpassed corresponding months in 2019, but that had a lot to do with new online casino and sports betting opportunities in the state. Part of that was online poker play, with the state’s one site, PokerStars, affiliated with Mount Airy, generating some $3 million in monthly revenue.

At both Mohegan Sun and the Meadows, slots and table games revenue within the casinos in August were down significantly from a year ago.

Frabbiele said he believes some of that is due to state restrictions on alcohol service and smoking that have been in effect, and he believes the return of poker will be one way of helping offset losses and getting an edge on rivals in nearby states.

“We’re here in a hyper-competitive market, competing with West Virginia and Ohio and [Rivers Pittsburgh], and the best thing for us to do is get people back to work and let people get back to playing poker,” he said.

Casinos not all so eager for the return

The level of enthusiasm about poker’s return may not be equivalent for all of the casinos. Harrah’s Philadelphia, for instance, apparently has no plans to reopen its room consisting of 28 tables.

Its officials did not respond to a request for comment, but on the Bravo app widely used by casino poker rooms to inform players about their activity, it reports for Harrah’s that a drawing is to be held in the casino Oct. 30 to disburse “all left-over money” that existed in March from its bad beat and high hand jackpots. Hourly drawings will be held from 4 to 10 p.m. to give away $500 each to those who played poker there between March 2019 and March 2020 and whose names are drawn at random and are present.

Other casinos contacted by Penn Bets Monday either didn’t respond or said they had no immediate information to provide about their rooms reopening, and their websites provided no new details.

In some cases, the casinos since reopening have repurposed their poker rooms temporarily to maximize their social distancing, such as Parx relocating slot machines there and Rivers Pittsburgh setting up blackjack tables.

“Plans for reopening the poker rooms at Rivers Casino Philadelphia and Rivers Casino Pittsburgh are yet to be determined,” a spokesman for the sister casinos of Rush Street Gaming said in an email.