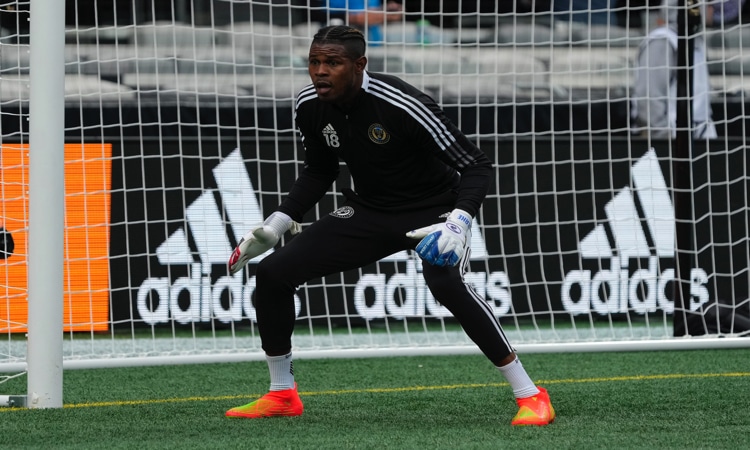 With the Phillies two wins away from a World Series title and the Eagles still the NFL‘s only unbeaten team after handling business in Houston Thursday night, another team from the “City of Brotherly Love” has a chance to claim a championship Saturday when the Union face Los Angeles FC in California for the MLS Cup.

After reaching the Eastern Conference final last year, the Union took that next step with a 3-1 victory over 2021 MLS Cup champion New York City FC. That puts the Union, who entered the league in 2010, in the championship game for the first time in franchise history. Philadelphia (19-5-10), which was the No. 1 seed in the East, erased a second-half deficit with goals from Julian Carranza, Daniel Gazdag, and Cory Burke in an 11-minute span.

Despite finishing level on points with LAFC (21-9-4), the Union are making the cross-country trek to Banc of California Stadium because the “Black & Gold” finished with more victories. It was the second time in four seasons LAFC claimed the Supporters’ Shield, and the fifth-year franchise is also looking for its first MLS Cup trophy.

The teams played to a 2-all draw in Los Angeles on May 8 in their lone meeting this season. Gazdag and Carranza staked the Union to leads in each half before LAFC pegged them back through Kwadwo Opuku and Franco Escobar, with the latter coming in the 82nd minute. Philadelphia has never beaten LAFC in franchise history, though the teams have shared the points in three of four all-time matchups.

Retail and mobile sportsbooks across Pennsylvania figure to be busy, as the Union’s 4 p.m. kickoff will provide a strong run-up to the scheduled 8:03 p.m. first pitch for Game 6 of the World Series, and there is no lack of wagering options when it comes to the possibility of the Union bringing home silverware to display next to their 2020 Supporters’ Shield.

Blake and the defense must deliver for the Union

Philadelphia allowed an MLS-low 26 goals and led the league with a plus-46 goal differential after bagging a franchise-record 72 goals. The Union had four players selected to the Best XI, led by goalkeeper Andre Blake and defenders Kai Wagner and Jakob Glesnes. Blake, who led MLS with a career-best 15 clean sheets in the regular season and added another in the playoffs, was one of nine keepers to finish with at least 100 saves and was named MLS Goalkeeper of the Year for the third time.

The Union’s defense has not been as stout on the road as at home — 19 of their 26 goals conceded came outside Philadelphia, and Blake allowed two or more goals on the road on five occasions. The No. 1 for Jamaica was between the sticks for all four of the Union’s matches against LAFC and failed to record a clean sheet, shipping 10 goals while making 19 saves. The Black & Gold kept him busy in May’s draw, putting six shots on frame while outshooting the Union 22-9.

Blake and the back four will be put to the test against an LAFC side that ranked second in MLS with 66 goals and features two of the league’s best scorers in Carlos Vela and Cristian Arango. Vela, who rewrote the league’s record book in 2019 with 36 goals and 16 assists, was fully healthy for the first time since that season and totaled 12 goals and 13 assists in 30 matches en route to Best XI honors. Arango paced the Black & Gold with 18 goals, including the opener in their 3-0 rout of Austin FC in the West finals.

Vela, Arango, and Denis Bouanga will be the focal points of LAFC’s offense, and Bouanga scored all three of his goals in the last four matches following his late-season arrival from France’s Saint-Etienne. First-year coach Steve Cherundolo can also bring major star power off the bench in Gareth Bale. The 33-year-old Wales international and five-time Champions League winner, who came to LAFC in June looking for playing time ahead of Cymru’s first World Cup appearance since 1958, has two goals in 12 matches.

Gazdag, also tabbed to the MLS Best XI with a haul of 23 goals as an attacking midfielder, must contend with an LAFC backline that is fairly sturdy in its own right, as the 38 goals allowed ranked third-best in the league. Cherundolo started World Cup winner and former Italy international Giorgio Chiellini on the backline against Austin, but with Philadelphia lethal on the counter, the 38-year-old may wind up starting this contest on the bench.

Supporting Gazdag in the Union attack is Carranza, who totaled 15 goals and 10 assists, and Danish striker Mikael Uhre, who chipped in 13 goals and seven assists. Wagner, the team’s dead-ball specialist who also takes corner kicks, has 15 assists.

Sampling the main offerings in the marketplace

Sportsbooks are heavily weighing LAFC’s home-field advantage for the main plays, and with good reason. The Black & Gold took 47 of a possible 57 points at Banc of California with a 15-2-2 record and outscored opponents 45-17 while tallying three or more goals on 10 occasions. Additionally, since the league dropped the neutral site for the MLS Cup final, the home team has won eight of the previous 11 finals and lost in regulation just once.

The best option for the Union to win in 90 minutes can be found at BetMGM at +320, followed by Caesars Sportsbook at +310. The most common offerings elsewhere were +300 and +290. For Philadelphia to win the MLS Cup in regulation, after extra time, or by penalties, FanDuel is far and away the best option at +210, as no one else is offering above +175.

Despite both teams boasting solid defenses, oddsmakers are expecting goals in this final. The shortest odds for over 2.5 goals is -165, which can be found at DraftKings and Betway, with Barstool Sportsbook, BetRivers, and others using Kambi odds close behind at -167. PointsBet (-170) and FanDuel (-174) are the only other books offering shorter than -175 for that play. For those who think Blake and LAFC counterpart Maxime Crepeau can keep this a cagey affair, FanDuel has the best play for under 2.5 goals at +142, followed by the Kambi-connected books at +138.

Both teams’ proficiency to score off set pieces also looms large in the both-teams-to-score market. LAFC scored 17 goals off dead ball situations, good for third in the league, and Philadelphia was not far behind at 13 while also leading MLS in expected goals (xG) in those situations. Multiple books had -175 for the “yes” option as the shortest odds offered, while Betway (+145) and FanDuel (+144) paced operators offering the “no” option.

For anytime goal scorers on the Union, BetRivers, Barstool, and fellow Kambi-powered book betPARX are offering Gazdag at +295, with only FanDuel (+270) reasonably close. The Kambi books are also the best place for a play on Carranza at +350, with FanDuel and PointsBet a distant second at +280. Uhre can also be grabbed at +280 on PointsBet, with DraftKings, BetMGM, and Betway checking in at +260.