Mount Airy has picked up a satellite casino license, to be build near the Ohio border. The state of Pennsylvania has now generated more than $110 million in three Category 4 License auctions. 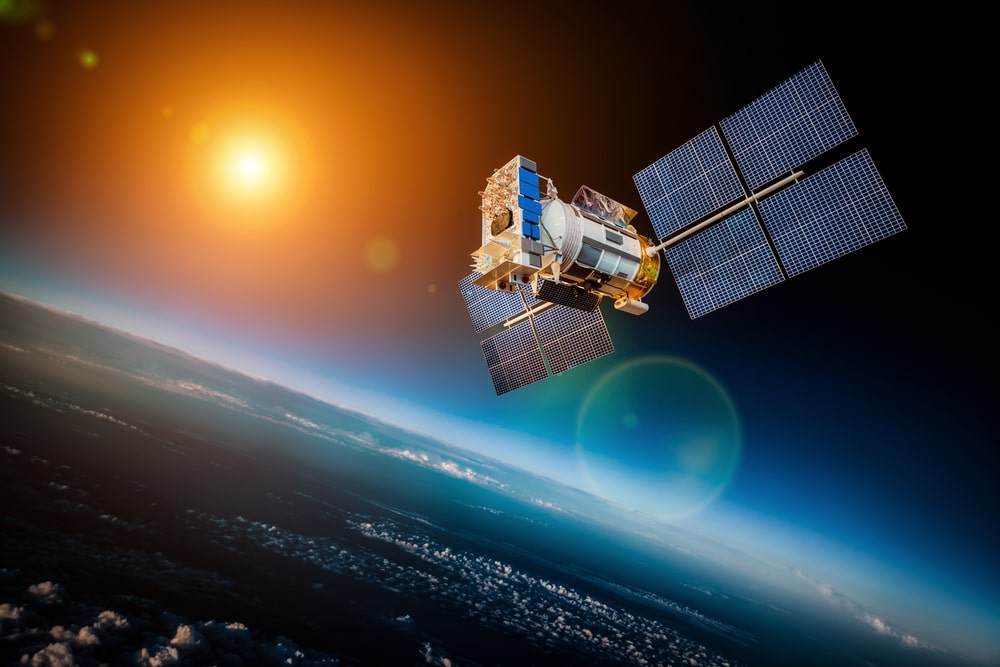 Facebook
Twitter
Email
Pennsylvania Category 4 “mini” casino license sales officially eclipsed the $100 million mark Thursday, as Mount Airy #1, LLC was awarded a satellite property location north of Pittsburgh, near New Castle in Lawrence County.
Thursday’s winning bid of $21,188,888.88 brings the total Category 4 license revenue obtained by the Pennsylvania Gaming Control Board (PGCB) up to nearly $111.4 million, with a maximum of seven permits still up for grabs by existing land-based casinos that have yet to acquire the rights to a mini casino location.
There were a total of three bids in the February 8th session. The names and locations of the losing entries are withheld by the Pennsylvania Gaming Control Board.
By Pennsylvania law, Mount Airy now has six months to submit a satellite casino license application to the Board. Upon approval, the facility (which must be placed within a 15-mile radius of the New Castle “center point”) will be allowed to house between 300-750 slot machine terminals along with 30 table games during its first year of operation.
Assuming the application is approved and there are no hitches in the facility’s construction, the property would be open to the public in 2019.

Mount Airy’s selection could be a minor blow to Rivers Casino Pittsburgh and The Meadows Racetrack, as it siphons-off another key rural corridor to those two gambling establishments. 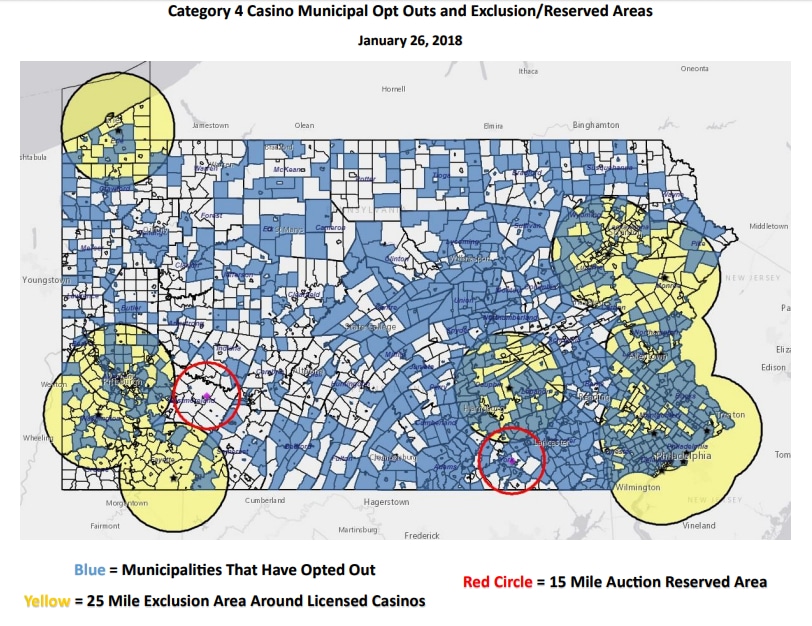 New Castle is situated in Western Pennsylvania, north of Pittsburgh along Interstate 376 — a key means of transportation to and from the Pittsburgh International Airport, and can also be conveniently accessed by I-79 travelers via US Route 422.
This could allow Mount Airy (whose landmark property is located on the other side of the state in Mount Pocono) to promote its mini casino services through airport tablet gaming, which was authorized as part of Pennsylvania’s recent gambling expansion.
New Castle has a population of roughly 22,000 and serves as the county seat for Lawrence, which is classified as a Fifth Class jurisdiction and is home to approximately 90,000 residents.
Socioeconomic data suggests that property values for Lawrence County are well below average compared to overall Keystone State figures.
Only five municipalities within Lawrence County have opted-out of hosting a mini casino (New Beaver, Plain Grove, Pulaski, Wilmington and Little Beaver), according to data provided by the PGCB.

Mount Airy is specifically protected from Category 4 competition through the prohibition of mini casinos in Wayne, Pike and Carbon Counties (see Page 573, Line 8 of this document). However, there is no such “sixth class county” protection for Grantville’s Hollywood Casino.
That portion of the new PA gambling law has become a major point of contention for Hollywood Casino owner Penn National, which purchased the first such “mini casino” license at a sky-high price tag of $50.1 million to secure its own facility near the borough of Yoe in York County.
It can be argued that Mount Airy was able to secure a the strategic Category 4 location near Pittsburgh Thursday due to the lack of a threat from subsequent satellite casino permit winners, who are prohibited by law from opening their own facilities in key regions that might cannibalize Mount Airy’s existing customer base.

The Pennsylvania Gaming Control Board will hold its next auction on Wednesday, February 21st in Harrisburg.
Mount Airy, along with Penn National and Stadium Casino, are blocked from participating in any subsequent “Round 1” auctions until May, but could re-enter the negotiation process if the remaining seven permits aren’t acquired by competing land-based casinos.
To find out more about Pennsylvania’s Category 4 satellite casino auctions, visit the following PGCB FAQ Page.
Our readers who would like to watch Thursday’s winning bid as it happened in real time can access this YouTube video (starts at 35:11 mark).
Facebook
Twitter
Email

David Huber (known online as "dhubermex") has been involved in the gambling industry for more than a decade. He currently collaborates with several iGaming interests as well as Upswing Poker in the role of writer, analyst and researcher.

David Huber (known online as "dhubermex") has been involved in the gambling industry for more than a decade. He currently collaborates with several iGaming interests as well as Upswing Poker in the role of writer, analyst and researcher.