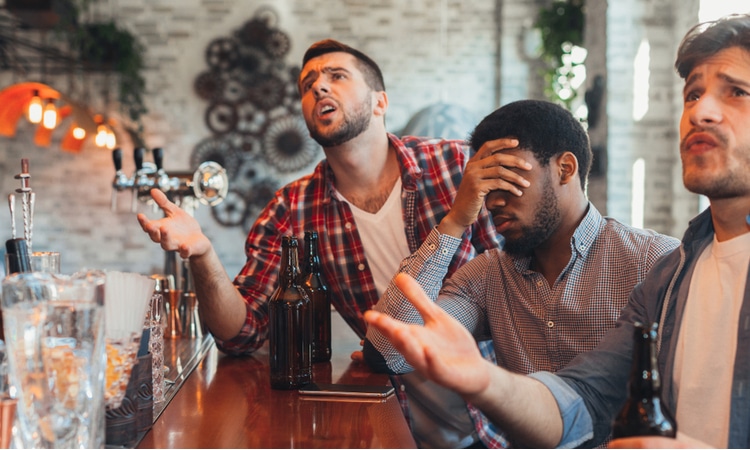 When November’s financial report released by the state Monday showed Pennsylvania’s sportsbooks had shattered their prior revenue record, Penn Bets speculated that must have been influenced by unusually poor NFL handicapping among bettors last month.

While there’s no way to know for certain just how big a factor that one issue was, a review of how NFL favorites performed in November suggests it would have indeed been a tough month for bettors who followed the public’s traditional tendency to back the favorites with their money.

The oddsmakers’ listed favorites in pro football not only won straight up at a lesser rate in November than October, but they were well under .500 against the spread. Last month wasn’t particularly good for the Pennsylvania teams, either, with the Steelers going 1-2-1 straight up and 1-3 against the spread, while the Eagles were 2-2 on both counts, so those backing their hometown teams couldn’t come out ahead of the books.

Such results would partially explain why Pennsylvania’s sportsbooks were able to claim a record $84.9 million in gross revenue ($63.7 million of it taxable after deducting for promotional credits) from $761.6 million in overall betting volume in November. That was twice as high as the $42.3 million grossed ($23.5 million taxable) in October, when the betting handle set a record high of $776.3 million.

The 11.2% hold for the books in November — meaning what they retained from bettors’ losses, based on their gross revenue — was more than double October’s 5.4%.

Pennsylvania’s sportsbooks were not alone in seeing record revenue last month, as other states’ reports have highlighted similar findings without any large increase in the overall volume of betting from October.

New Jersey, which ranks No. 1 nationally in betting volume, set a revenue record of $114.8 million on handle of $1.26 billion in November — a hold rate of nearly 10%. Meanwhile, Michigan showed a hold rate of 11.4% last month, with its record $54.1 million in gross revenue from betting handle of $473.8 million.

Historically, hold rates of 5% to 8% are far more common for the sportsbook industry. It will always vary, based on the outcome of big events in various sports compared to what bettors anticipated. And while there are other sports competing for bettors’ attention in the fall, it is primarily the heaviest sports wagering season because of the public’s infatuation with pro and college football.

The high November hold percentage in many states also likely had something to do with how bettors have increased their parlay betting on football as a result of new same-game parlay offers from multiple sportsbooks. Unlike some states, however, Pennsylvania does not break out just how much sportsbook revenue comes from either parlays or individual sports.

While keeping in mind the caveat that the result of NFL straightforward game betting alone would not by itself determine the sportsbooks’ success, Penn Bets used week-by-week point spreads posted by the VSiN sports media service to identify monthly differences in how favorites have performed in games this season.

In November, favorites were 32-24 straight up, 24-31 against the spread. (The total number of games counted here can differ, due to ties.) Early November was particularly disastrous for favorites, who went 4-10 ATS the first weekend and 5-7 the second.

The New York Times followed with its own article on Nov. 10: “What’s With All the Upsets in the NFL?”

Now, not every bettor prefers wagering on favorites or their hometown teams — particularly if they’re astute handicappers instead of recreational bettors. But week in and week out, the sportsbooks know their bottom line is better when the favorites lose.

One curiosity this season is how the Pennsylvania sportsbooks’ overall hold rate was lower in September than November, even though NFL favorites had an ATS win rate of just .383 that month, even more dreadful than last month’s .436. That could have been because NFL betting wasn’t as big a factor in September’s overall handle, with games played on just three weekends. Or the hold rate in November could have gotten bigger because a lot more parlay betting was taking place by then, compared to September. Or multiple other things could have contributed.

The good news for bettors, and equally bad for the sportsbooks (and for the state and local governments that receive 36% of sports betting revenue), is how things in the NFL have taken a sharp turn in December.

Again, going by VSiN-posted odds, the favorites have gone 29-12 straight up in the first three weekends of the month, a .707 winning percentage that is far better than any of the prior months. That’s a boon both to those who like to bet the favorites on the moneyline and those who include such wagers as part of their parlays.

As for how the favorites are doing against the spread, they’ve got a rather startling ATS record of 26-16 so far this month.

If that holds up, and if NFL betting is as big a factor in hold percentage, as we surmise, the December revenue report that comes out from the Pennsylvania Gaming Control Board a month from now won’t show anything like a double-digit hold rate. Nor will any new sportsbook revenue record be set.

That would be only good news for the bettors themselves, and don’t they deserve some of that as much as the books do?