Oddsmakers Suggest It Could Be More Of The Same For Pens, Flyers 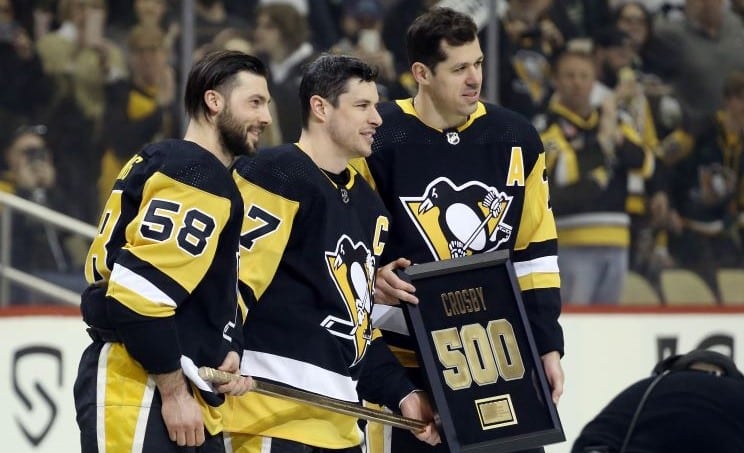 The past two years have been lean for NHL fans in Pennsylvania, with the Penguins flaming out in the playoffs and the Flyers unable to even get there.

It would not be stunning to see more of the same in 2022-23, based on projections from oddsmakers for the state’s legal online sportsbooks as the teams get the regular season underway Thursday night.

Pittsburgh, in recycling its triumvirate of stars in their mid-30s for another go at their fourth Stanley Cup, is deemed to be good but not great — no better than eighth among the 32 teams in odds to win the title.

Philadelphia, even with the hiring of veteran successful coach John Tortorella, is in the midst of a rebuild reliant on unproven young talent. The team’s a longshot of as much as 100/1 just to win the eight-team Metropolitan Division, let alone do something so lofty as lift the Cup.

The beauty of the sportsbooks’ futures options is that you aren’t limited to betting on the teams to be among the best, as they offer other wagers such as whether teams will finish over/under season points projections. We provide an overview of the best preseason odds on the two teams below.

Sidney Crosby, Evgeni Malkin, and Kris Letang have won three Stanley Cups together, but it’s been five years since their last victory parade in downtown Pittsburgh and, no, they aren’t getting any younger.

There were a lot of questions last spring about whether — as unrestricted free agents — Malkin and Letang would be offered contracts and return to join again with the team’s longtime star and captain in Crosby, but yep, they’re all on the ice again. It’s not quite like the Rolling Stones taking another arena tour in their 70s, but fans showing up on their road trips around the league this year could be forgiven for making the analogy.

And yet, all three played well last year when healthy (Crosby and Malkin both started the season late due to injuries). That’s why the Penguins are still given a chance in 2022-23, as the trio also have a decent supporting cast and solid goalie in Tristan Jarry, whose absence from injury late last season was a reason — perhaps the key reason — the Pens lost to the New York Rangers in the first round of the playoffs.

The shortest odds on Pittsburgh to win the Stanley Cup are 17/1 from FanDuel and the longest are 30/1 from Caesars Sportsbook, making the latter the best outlet for a wager from a Pens backer. (The Colorado Avalanche are universally the favorite, as short as +380 on DraftKings to repeat as champions.)

Caesars also offers the best return on other Penguins betting options, including 15/1 to win the Eastern Conference and +360 to win the Metro Division. DraftKings, Betway, FOX Bet, and sites using Kambi odds (such as BetRivers, betPARX, Unibet, and TwinSpires) make them 11/1 to win the East (Toronto is favored) and FOX Bet has them +350 to win the eight-team division (Carolina is favored).

Pittsburgh finished 46-25-11 with a total of 103 points last year for third place in the Metro, and the most common over/under on their points total this year is 101.5. Depending on whether a bettor deems that high or low, however, an edge can be gained by using BetRivers and the other Kambi sites at over 100.5 or PointsBet at under 102.5.

Though the Penguins don’t have a playoff series win since 2018, they have made the postseason 16 straight years and are a heavy favorite to do so again. The best return for a “yes” bet on their being in the playoffs is the -400 offered by the Kambi sites.

To get there, they will need to rely — in addition to their thirty-something stars and Jarry — on successful years again by forwards Jake Guentzel, who led the team in goals with 40, and Bryan Rust, who had a career-high 58 points.

The main offseason addition was veteran defenseman Jeff Petry in a trade with Montreal. Appropriately, he’s 34 himself.

The Penguins are thus loaded with guys with sterling, extensive resumes from time and travels in the NHL. As to whether that translates into wins on the ice — particularly when it matters most in the spring after a grueling regular season — they will find out starting Thursday by hosting the Arizona Coyotes at PPG Paints Arena.

Philadelphia sports fans can celebrate the NFL’s only unbeaten team, an upstart MLB team threatening to exceed playoff expectations, and an NBA team preparing once more to challenge for a league title.

And then there are the Flyers.

The team fell to the bottom of the Metropolitan Division last season with a record of 25-46-11 after a sixth-place finish the year before. Well before season’s end, it had sacked coach Alain Vignault and traded longtime team leader Claude Giroux. After the season was over, the Flyers got rid of forward Oskar Lindblom to clear cap space.

That leaves new coach Tortorella to oversee the franchise’s renewal without much in the way of proven talent in the cupboard, and the oddsmakers have taken note.

"We have zero respect in this league right now. Zero." – John Tortorella pic.twitter.com/BsBlqBDZxr

The Flyers’ Stanley Cup odds range from 66/1 at FOX Bet to 200/1 at DraftKings and Caesars. A bet on them to win the Eastern Conference would net a payoff of 125/1 from Caesars and 100/1 from DraftKings.

No one likes Philadelphia to win its division at better than 40/1, and BetMGM and PointsBet join DraftKings in placing those odds at 100/1.

The more reasonable Flyers bet, even if smaller in potential return, is on their points total, which is most commonly 73.5 (after last year’s 61 was nearly the lowest in franchise history). An edge on that can be found by betting over 72.5 at PointsBet or under 74.5 at betPARX and other Kambi sites.

A bet on Philadelphia to make the playoffs can net as much as +900 from DraftKings and Betway.

In addition to the front office’s decisions unloading players, the Flyers have to adjust to losses due to injury. Center Sean Couturier’s herniated disc is expected to cost him weeks of playing time after he missed most of last season, and defenseman Ryan Ellis is on long-term injured reserve. Forwards Joel Farabee and Cam Atkinson are among others who might miss Thursday’s opener at home against the New Jersey Devils while nursing injuries.

The Flyers’ main offseason acquisition was Tony DeAngelo, who grew up a Flyers fan in South Jersey and will join Ivan Provorov, Travis Sanheim, and other defensemen in front of Carter Hart in trying to improve a defense that was among worst in the league last year in goals (3.59 per game) and shots (34) allowed.

As to scoring their own goals, the Flyers will look to 23-year-old newcomer Owen Tippett — acquired in the Giroux trade — to buttress the limited number of healthy, proven returnees such as Kevin Hayes, Travis Konecny, and James van Riemsdyk.