Online Sportsbooks Are Ready For NFL Season — Are You?

The betting promos have started for the NFL, and some appear too good to ignore, no matter what team you like. 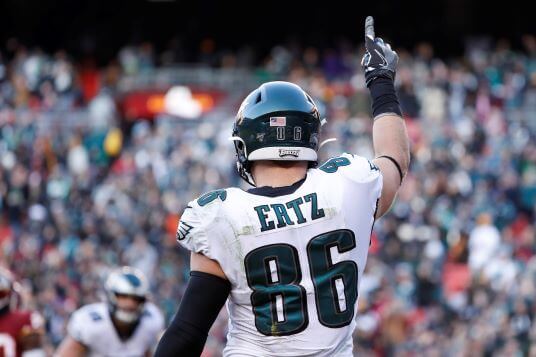 The start of the NFL season is still a week away, but Pennsylvania’s online sports betting sites have started gearing up for a — hopefully — pandemic-free football season with a bevy of offers.

The promotions are in addition to wide-ranging options for Pennsylvanians with special interest in the Eagles and Steelers and who want to bet any number of ways on their team performance and players.

One offer too good to pass up — the “biggest no-brainer ever,” according to DraftKings — has nothing to do with the Philadelphia and Pittsburgh teams.

For Thursday’s opener that has the Super Bowl champion Kansas City Chiefs hosting the Houston Texans, DraftKings is shifting the line from Chiefs -9.5 to Chiefs +101. That is not a typo. If the Chiefs come within 100 points, which seems a very likely scenario, you can win at -110 odds on a bet of up to $50.

FOX Bet has a good one, too, tied to Thursday night’s game, as the various sites compete for bettors’ attention and — they hope — loyalty that might last throughout the NFL season. If you wager at least $10 on the Chiefs-Texans contest, FOX Bet will give you a $10 free bet for every TD thrown or scored by Chiefs QB Patrick Mahomes (maximum payout $50).

FanDuel’s own attractive “Road to 55 Bonus” offer spreads out the reward. If you place a futures wager of at least $50 on a team to win the Super Bowl, you receive $5 in site credit for each regular season game that team wins (again, maximum payout $50).

Eagles seen as good, but behind Cowboys

It will be worth checking the nine online betting sites next week to see what special offers they have involving the Pennsylvania teams, but for now they have the customary wide-ranging futures options and the game lines for the season openers.

The Eagles, who finished strong last year to make the playoffs before getting knocked out by the Seattle Seahawks in the wild-card round, are a 6- to 6.5-point favorite in their season opener at Washington on Sept. 13.

Philadelphia is ranked behind the Dallas Cowboys in the NFC East, but the reward for a bet on them to take the division varies. FanDuel makes them +130, FOX Bet has it +140, and the best pro-Eagles division bet would be at +150 with any of the Kambi-backed sites, which in addition to DraftKings include Unibet, BetRivers, SugarHouse, and Parx.

For the Eagles season wins over/under, Caesars has over 9.5 at +115, a better payout than other sites using that 9.5 number.

Ravens are in the way of a Steelers rebound

The Steelers are hoping Ben Roethlisberger will be healthy for the entire season and enable them to rebound from an 8-8 record that left them uncharacteristically out of the playoffs for the second straight season.

All in all, Pittsburgh is sized up rather similarly to Philadelphia, whom the Steelers host (currently as 1.5-point favorites at FanDuel) at Heinz Field Oct. 11.

The Steelers open as 3.5- to 4.5-point favorites on the road against the New York Giants in a Monday Night Football contest on Sept. 14. For a Steelers backer, the best bet is using the -3.5 spread at FanDuel.

Pittsburgh is 25/1 everywhere to win the Super Bowl, but FanDuel offers a better reward than others for a bet on them to win the AFC: 13/1.

The Baltimore Ravens are the sites’ second choice behind the Chiefs to win the Super Bowl, and that’s reflected in the Steelers’ odds to win the AFC North: anywhere from +280 to +350, with the latter being the Kambi sites’ number and the one to use for a Steelers bettor.

The sites all have long lists of player prop bets on season-long performance in yards or TDs and awards ranging from MVP to Comeback Player of the Year, for which Roethlisberger is the favorite (+260 at FanDuel).

Carson Wentz is ahead of Roethlisberger in MVP voting, though. The Eagles’ QB is 20/1 at Kambi sites, while Big Ben is 40/1. They also expect Wentz to throw for more yards, placing his o/u at 3900.5 compared to Roethlisberger’s 3800.5.

Other Pennsylvania-centric bets include options on players such as the Steelers’ JuJu Smith-Schuster (o/u 1100.5 receiving yards at Kambi) and James Conner (o/u 775.5 rushing yards at Kambi), but the Eagles’ Zach Ertz offers an intriguing variance.

FanDuel and FOX Bet place the elite tight end’s o/u on receiving yards at 924.5, while the Kambi sites go with just 850.5. That 74-yard difference is uncommonly wide. The vig is -110, whatever you bet.

So someone may want to want to risk a little money hoping to hit the “middle” on Ertz, by betting both over 850.5 and under 924.5. In case you’re curious, he had 916 receiving yards last year. Just sayin’.