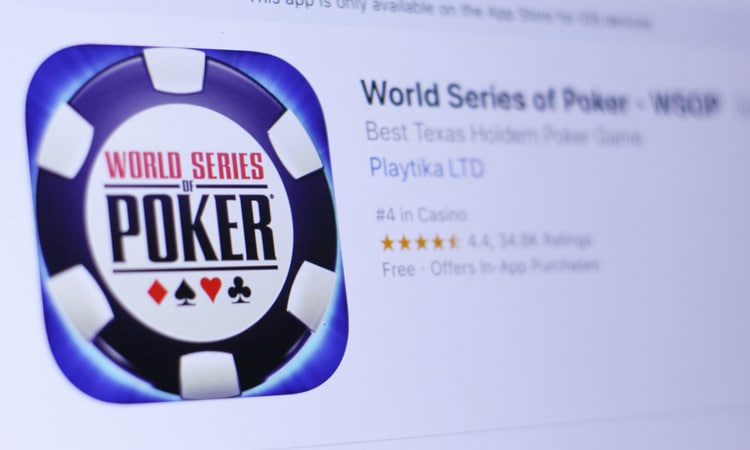 Two months after Pennsylvania’s online poker players obtained a second option, they apparently will have a third within weeks.

Caesars Interactive Entertainment, which already provides sports and iCasino wagering on its Pennsylvania site, is planning to add its WSOP poker product sometime in July.

Chris Albrecht, senior vice president and general manager of Caesars-owned Harrah’s Philadelphia, briefly alluded to that forthcoming poker launch as part of a presentation to the Pennsylvania Gaming Control Board Wednesday morning. The presentation was at a public hearing in Chester, Delaware County, for the required periodic renewal of the casino’s license, for which Harrah’s obtained substantial support from the local community.

Caesars has a partnership with 888 Holdings to provide the WSOP poker brand online via Caesars sites, as is already done in New Jersey, Delaware, and Nevada. Its launch in Pennsylvania has been awaited for many months, as licensing approvals from the state’s gaming board were completed last October.

PokerStars operated as Pennsylvania’s lone online poker site from November 2019 until April 27, when the shared poker platform of BetMGM and Borgata debuted on their two sites. It has long been anticipated that the state would have, at minimum, three-way competition among the big poker rivals once Caesars added the WSOP option.

Poker compacts lie ahead, but no telling when

The competition between PokerStars and BetMGM/Borgata has been lopsided in the early going, and it’s uncertain how WSOP will shake things up.

In May, PokerStars claimed $2.26 million in revenue/rake from players, while MGM/Borgata took in $346,019, according to Pennsylvania Gaming Control Board figures.

The timing of a WSOP launch in July has heightened interest, due to recent legal developments that have improved the prospects for Pennsylvania operators to join in multi-state compacts like the one that involves shared liquidity among WSOP customers in New Jersey, Delaware, and Nevada.

The U.S. Department of Justice recently declined to challenge a First Circuit Court of Appeals decision regarding the 1961 Wire Act. That decision held that the act restricting interstate gambling only applies to sports betting, apparently thus clearing the way for development of more multi-state online poker compacts, which could add not just Pennsylvania but Michigan to the mix of jurisdictions involved. Those are the two key states that have legalized and implemented iPoker without entering any interstate agreements, although their laws allow for it.

Creation of new compacts is not yet imminent, however, as negotiated agreements will be required first among state regulators. In addition, a coalition of state attorneys general has sought a more clear-cut new guideline from the DOJ on its Wire Act interpretation, rather than just relying on the department’s decision not to appeal the First Circuit ruling.