A lifetime self-ban from casinos in Pennsylvania might not always mean your entire life, as regulators hear pleas for removal. 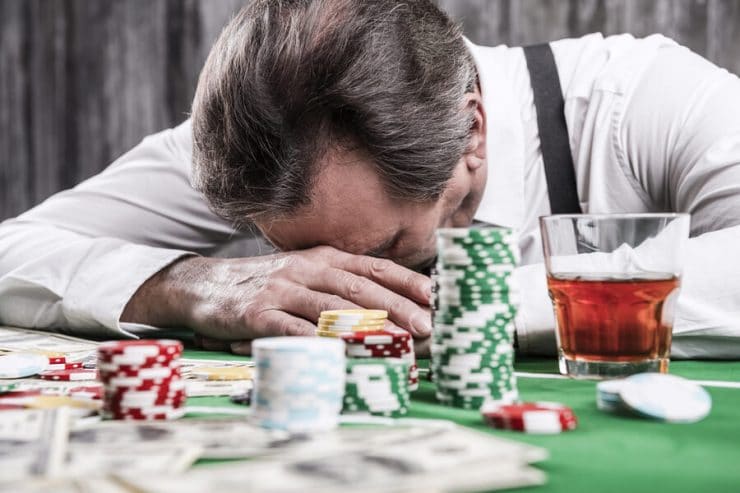 Two of the rules affecting the 15k problem gamblers in Pennsylvania who have placed themselves on voluntary casino self-exclusion lists are spelled out unambiguously on the Pennsylvania Gaming Control Board’s website:

“Individuals who choose the lifetime ban are unable to request removal from the self-exclusion list.”

“A self-excluded person … may not collect in any manner or in any proceeding any winnings or recover any losses arising as a result of any gaming activity for the entire period of time that the person is on the self-excluded list.”

And yet, in what might seem rare decision-making by a government agency, the gaming board listened to three heartfelt stories about self-excluded gamblers at its Nov. 20 meeting and was moved in each case to counter its own regulations and the recommendations of its staff.

Lifetime ban may not always mean lifetime, despite regs

An elderly gentleman was removed from the lifetime ban for which he had signed up in August 2018, after he explained he didn’t realize the repercussions. He does not have an actual gambling problem, he stated, and he and family members now worry about his and his wife’s safety when driving to casinos out of state.

A widow was similarly lifted off the lifetime exclusion list because she said she had only put her name on it to show solidarity with her late husband, who had a gambling problem while she did not.

And in a financial case that stirred the sympathy of board members, they returned $20k of a $25k slots jackpot to a mother from whom all of the funds had been confiscated once the casino recognized her as a self-exclusion violator. She told the board she needed the money for family health insurance, day care and to provide her children with a suitable upcoming holiday.

Board member Dante Santoni told the woman he and colleagues would not normally vote to return such funds to a violator. But her story — one in which she said she had intended to withdraw from temporary self-exclusion but was unaware how to do so — changed his mind.

“I’m hoping with this money you will do with it what you said and provide health insurance for your kids and take care of your children and not give it all back to the casino,” Santoni told K.S., who assured him of her intent. (The full identities of individuals with gambling problems are not disclosed by the board.)

The handling of self-exclusion cases is not normally one with much leeway, in order to have a strong deterrent keeping compulsive gamblers from evading the prohibitions that are in place for their own safety. Those choosing the one-year or five-year ban still remain self-excluded afterward unless they go through a formal process to be removed. No such process exists for those who signed up for a lifetime ban, although the board is preparing a regulatory change that could allow removal after 10 years.

If found in a casino by staff security or the gaming board’s compliance officers, anyone on a self-exclusion list is to be charged with trespassing and evicted. They are often caught only after getting past security staff at an entrance but then trying to cash in winnings, although not usually as much as was won by K.S.

Once confiscated, the money is to be used for the board’s compulsive gambling programs, as will be the case with the $5k portion of her jackpot that was not returned to K.S.

Board spokesman Doug Harbach said this week that 2,750 of those individuals have been caught in a violation. While some would also have had winnings on them, and in a few cases with extenuating circumstances were allowed to keep funds, never has it been such a large amount as was returned to K.S.

“It has been done in the 10-plus years of the program just a few times, with this being the first of any substance,” Harbach said. “Our Office of Compulsive and Problem Gambling tells me that many of the winnings [confiscated from violators] are very low dollars, including less than $1.”

K.S. said she didn’t understand process to get off the list

K.S. appeared before the board as someone who placed herself a decade ago on the one-year voluntary exclusion list in recognition of a gambling problem. She did not pursue the formal process to be removed from the list after that term ended, so was still on it in 2017 when entering a casino illegally and winning a $1,200 jackpot, which was confiscated.

She still did not remove herself and remained on the list this April when winning $25k on a machine and tried using another person’s ID to claim the funds. That’s when K.S. was caught.

“I understand I acted in an unlawful, unethical, and deceitful manner,” K.S. said in a statement to the board. “I was wrong and I am deeply sorry for my action. … Out of desperation, I took a chance anyway because I needed the money.”

She removed herself from the self-exclusion list in recent months, she said, only after receiving free counseling from a lawyer to help her understand the requirements. She would have done so sooner, she said, if she had better understood the process.

F.M., an 85-year-old who lives 10 minutes from Parx Casino, made a similarly effective plea to the board. He said he was tired and frustrated after a night of unsuccessful gambling at slot machines in August 2018, and a conversation with a gaming board compliance officer at Parx led him to sign papers that resulted in placement on the lifetime self-exclusion list.

Now, he said, when he and his wife are bored at home and want to play slots, as they have enjoyed doing for many years, they must drive on highways to Delaware or Atlantic City, which he and his family consider dangerous at his age. F.M. said he has poor hearing, and he didn’t realize what he was doing when filling out self-exclusion paperwork.

“I’m financially in good shape,” as a retired businessman who limits his gambling expenditures and had only lost $150 or so the night he signed papers, F.M. sought to assure the board.

“I don’t know why I [signed up for self-exclusion] that one day. I just, I don’t know, I still can’t understand why I did it. … I didn’t know what the gentleman was saying. He was just handing me pages to sign. … I made a big mistake and now I’m getting bored sitting at home watching TV. … I have no other hobbies – what am I gonna do at my age?”

Board members asked F.M. a few questions but made no public remarks explaining their vote that then went against a hearing officer’s own recommendation, which had strictly followed the board’s regulations.

The board also offered no comment when voting to support the case of P.L.C., a woman who obtained removal from the lifetime self-exclusion list she had joined alongside her husband to support his efforts. There was never an indication that she had a gambling addiction of her own, and he subsequently died.

Board wants more flexibility for those on lifetime list

Asked afterward to explain the board’s reversal of standard lifetime ban policy, Harbach said the members trusted that F.M. didn’t fully grasp what he was doing and that P.L.C. lacked any genuine problem of her own.

“It exercised its discretion in waiving the regulation,” Harbach said. “This has occurred, by our records, only three times prior to this meeting, and the fact that two occurred at a single meeting is coincidental.”

At the same time, he noted, the board “has been shifting in its view of the lifetime self-exclusion ban.” It has sent to the state’s Independent Regulatory Review Commission for formal approval a change that would allow a procedure for removal after 10 years. It would include documentation that the individual has been evaluated by a certified gambling counselor and completed any recommended treatment.

House-passed bill would seek to direct violators to help

The state Legislature, for its part, evidently intends its own action aimed at assistance to those on self-exclusion lists, by directing them into clinical evaluation and treatment when sent to court on trespassing violations.

House Bill 1325, which unanimously passed the House in June, was recently voted out of the Senate Community, Economic and Recreational Development Committee for consideration by the full Senate.

In cases involving self-exclusion violators, the measure grants judges discretion to direct the person to a court-appointed clinician. The clinician would evaluate if the person has a gambling disorder and if counseling or treatment should be provided as part of their sentencing.

Harbach said the gaming board supports the legislation as a means to “assist more people in gaining assistance for treatment of their gambling problem.” A portion of casino revenues are retained by the state to provide counseling for problem gamblers who lack their own insurance or funds for treatment.

While the bill’s Republican sponsor, Rep. Jason Ortitay of suburban Pittsburgh, did not return phone calls seeking comment on what prompted the measure, he said in a statement in June: “While people should be applauded for recognizing they may have a gambling problem, consequences for those who violate their inclusion on the list should be helpful. … The end goal should be to assist people with stopping their dependence completely.”