How Do PA Poker Rooms Stack Up Against Regional Competition? 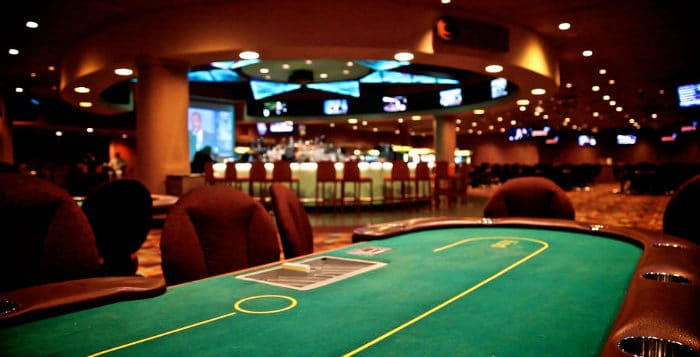 There are still many states around the US that don’t have much in the way of brick-and-mortar poker. Despite being a poker enthusiast and part of the industry since 2004, I’ve lived most of my adult life in states that have no casino gambling whatsoever, and I’ve usually had to travel to play.

While living in Nashville, TN, I traveled regularly to poker tournaments in other states, primarily in Mississippi, and was willing to drive several hours to play. Typically when I would play a tournament in Tunica, there would be a lot of others there who had made the same 3.5 hour trip from Nashville that I had.

What I didn’t realize at the time, because it was just starting to happen, was that other options were starting to emerge in the area. Horseshoe Indiana (formerly Caesars), which has now run a yearly WSOP Circuit event for more than a decade, is actually an hour closer to Nashville than Tunica, and several Cincinnati-area casinos are around the same distance as Tunica. Tunica, like many long-time gambling destinations in the US, found itself with a lot more regional competition.

Things have changed quite a bit in the last 15 years, as casino-style gambling has proliferated around the country. Fewer players have to travel out of state in order to find a game.

Pennsylvania, which had zero B&M casinos in 2004, now has 12 of them, with at least one more on the way. 10 of the 12 existing properties – all of the Category 1 and Category 2 license holders – have poker rooms, meaning most of the state can find a game without traveling too far.

Surrounding states have also added their own poker options. While major poker destinations like Foxwoods and Borgata predate Pennsylvania’s casinos, others, such as Maryland Live Casino near Baltimore, have sprouted up much more recently and become major destinations for players.

If you live in certain regions of the country such as the Southeast, you may still be stuck with just a handful of places you can go when you want to play, none of them very close. But around Pennsylvania, there are casinos in nearly every direction.

So how do Pennsylvania’s biggest poker venues stay ahead of their competition to attract both local and out-of-state customers?

Parx is in the right place

In recent years, Parx Casino has become the clear top option for poker in the Keystone State. The room features 80 tables, allowing for a wide variety of game offerings and sizable tournaments. Moreover, Parx has the advantage of being right near the NJ border, making it quite a bit closer than Atlantic City for a good part of the state.

While Atlantic City has historically been thought of as the top gambling destination for New York and Philadelphia residents, Parx is significantly closer to both cities, putting it in position to syphon off a lot of Atlantic City’s single day customers.

Parx has become a major destination for tournament poker players, and has recently begun running a yearly WPT Deep Stacks event. It’s most well-known in the poker community for its own Big Stax series, which runs regularly.

These big tournaments are the key to bringing in players who want to do more than just gamble for a few hours. With deep structures and big prize pools, along with a pretty ideal location, Parx has become an attractive venue for poker players all over the region.

The rest of eastern PA

Several other Philadelphia area casinos are making their own impact on regional poker, even as Parx has solidified its standing at the top. Harrah’s Philadelphia has run WSOP Circuit events in the past, and SugarHouse has been in the rise thanks in part to hosting the popular TV series Poker Night in America, which is owned by SugarHouse’s parent company Rush Street Gaming.

Sands Bethlehem, meanwhile, has often run their own version of the DeepStack series that has been so popular at its Las Vegas counterpart, Venetian.

Other area casinos have not had the same popularity for poker players, as regional appeal depends so much on these kinds of differentiating marketing tactics.

Elsewhere in the state…

The biggest poker success in Pennsylvania, outside of the Philadelphia area, is clearly Rivers Casino in Pittsburgh. With a central location close to the major sports stadiums and weak regional competition, Rivers has largely run away from any competition in the area.

Like SugarHouse, Rivers is owned by Rush Street Gaming and regularly features Poker Night in America. While the 30-table poker room doesn’t compare to Parx or other major rooms in the Philly or AC, it’s a substantial poker room given the location and offers much more game variety than any of its regional competitors.

Other keys to success

We use the word liquidity often when discussing online poker, and the same largely applies to land-based poker rooms. The most successful poker rooms in Pennsylvania have offered promotions that difficult to pull off in small venues.

Parx, for example, is running a $125,000 high hand promo from December 11th-31st, where individual winners are entered into multiple $5,000 drawings.

Even Rivers has high hand payouts as high as $1,000 every week, which is likely impossible in nearby Meadows Casino’s 14-table room.

Bad Beat Jackpots, where a player who loses with a very strong poker hand such as four-of-a-kind can win a massive payout, can reach six-figures in the bigger poker rooms.

And of course, game selection and tournament offerings are generally more diverse when there’s a greater amount of foot traffic.

While Maryland Live, Foxwoods and a few Atlantic City casinos continue to ably compete for poker traffic, the top Pennsylvania poker rooms are holding their own in the region, attracting substantial tournament fields and cash game traffic from both local and regional players. Legal poker didn’t exist in Pennsylvania until 2010, but the state has quickly become one of the biggest poker destinations in the USA.