Casino operator has a new brand and look for its iGaming 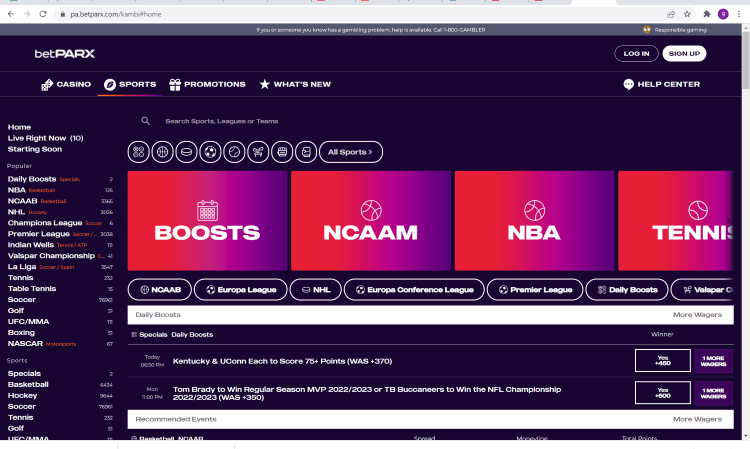 Customers accustomed to doing their online sports betting and casino play via Parx Casino saw a change this week.

Through Parx’s recent partnership with Playtech, a new betPARX platform was unveiled that presents a new look and options for players. The updated site arrived for both Pennsylvania and New Jersey customers. Parx, owned by Greenwood Gaming and Entertainment, is also live with both sports betting and iCasino in Michigan.

“We are incredibly proud to be launching betPARX in conjunction with an industry-leading technology provider in Playtech,” Matthew Cullen, senior vice president for betPARX, said in a joint announcement. “We’ve made the sign-up and deposit and cash-out processes as simple and smooth as anything in the industry.”

Playtech is a global business-to-business gambling technology company that provides operators with gaming platforms and player account management systems. It previously worked with Parx and Gun Lake Casino on launching a new iGaming app in Michigan.

“We are thrilled to continue to grow Playtech’s iGaming and sports betting partnership with betPARX in other U.S. markets,” Playtech CEO Mor Weizer commented in the press release. “We look forward to further expanding our footprint in the U.S. and working with betPARX to deliver world-class gambling and sports betting entertainment across multiple states and products.”

One improvement that will be noticed immediately by longtime Parx sports betting customers is that game odds for point spreads, moneylines, and point totals all show up simultaneously on the site, instead of requiring toggling to find each.

Parx trails major online national operators such as FanDuel and DraftKings in sports betting in the state, but it remains healthy and profitable each month. Its January online sports handle reached a new high of $25.8 million, with gross revenue of $1.7 million and adjusted revenue of $1.4 million after promotional credits were deducted.

Its online slots and table games on the shared platform added up to $3.7 million in revenue in January, a fairly typical month for it.

Pennsylvania-based Parx is working to increase its national profile through its online operations in multiple states now, and this week it announced further efforts to become more widely known by becoming an “official betting operator” of the PGA Tour.

The designation gives betPARX the right to use PGA Tour marks, video highlights, and other intellectual property. It is also teaming up with the PGA’s Memorial Tournament in Dublin, Ohio, to pursue an online sports betting license jointly in that state, where regulations for the newly legal activity are being developed and operators are to launch by Jan. 1.