Philadelphia is slated to get one of the first Barstool-branded, non-sportsbook sports bars 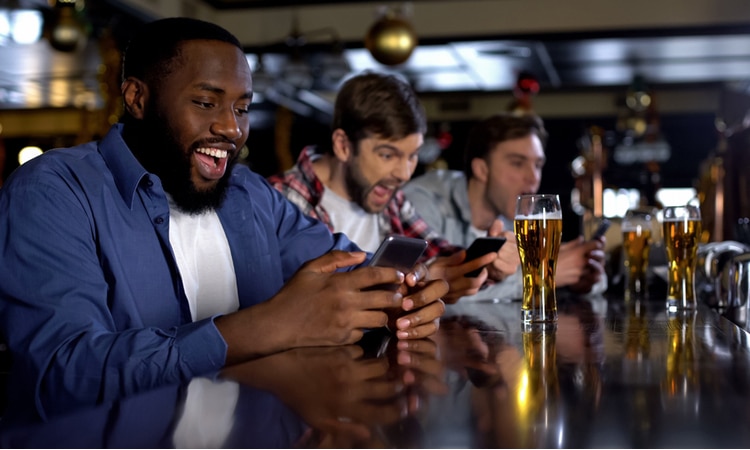 Penn National Gaming has been busy on multiple fronts lately in Pennsylvania: opening one mini-casino, preparing to complete another, rebranding a longtime racetrack-casino, building its online sportsbook and online casino operations.

And in a quarterly earnings call with investment analysts Thursday morning, Penn National President and CEO Jay Snowden added an upcoming Barstool-branded sports bar in Philadelphia to the list.

The company, which is part-owner of the Barstool Sports multi-channel media site, uses that entity’s colorful personalities to promote the online Barstool Sportsbook in Pennsylvania and nine other states now.

When Hollywood Casino York opened in August as the state’s second mini-casino, Penn National made the Barstool brand part of the retail sportsbook there connected to a sports bar. It is doing the same with its Hollywood Casino Morgantown location that is to open in Berks County before year’s end.

Snowden said Thursday the latest wrinkle is that undisclosed urban locations in Philadelphia and Chicago “in the coming months” will open as the first stand-alone Barstool-branded sports bars. They will not be able to handle bets as sportsbooks do, but he expects many customers to be betting digitally on their Barstool Sportsbook app while eating, drinking, and watching games. The sportsbook currently jockeys for position with BetMGM as the third most heavily used online sportsbook in the state, though both are well behind FanDuel and DraftKings.

“We’ve got several more of these in the queue,” Snowden said of the sports bars. “We’re very excited about it … something that we can do that nobody else can in the [sportsbook operator] space.”

The brand is evidently powerful

Penn National has made note of how its retail sports betting operations tend to get a boost when they carry the Barstool brand, which is something it has gradually been rolling out around the country where it has properties and legal sports wagering exists.

As a result of a recent promotional event featuring Barstool’s Dave Portnoy and Dan Katz at Hollywood Casino Aurora in Illinois, Snowden said, the online Barstool Sportsbook gained nearly 10,000 first-time depositors over a five-day period. That was particularly crucial in Illinois, as in-person registration at a casino is presently required for those wanting to be able to use an app to wager.

Barstool Sports has a “base of loyal fans who really care about the brand and feel like they’re part of the brand,” Snowden said, which Penn National is able to leverage to avoid filling airwaves with costly commercials, as competitors do.

He said the company expects that same connection to help it bear a high tax rate exceeding 50% in New York state if it is able to enter the future mobile market there, although reports suggest the bid it is part of is not one of the two ready to be accepted. Snowden also is counting on Penn National’s newly completed acquisition of Toronto-based theScore to help the same way when Ontario launches commercial sports betting, now expected in early 2022, as theScore has its own loyal following on Canada’s most popular sports media site.

Without going into detail about Hollywood Casino York’s opening, Snowden noted it has been a model helping the company roll out its new cashless gaming technology as a casino “built for the future.” The property earned $6.7 million in gaming revenue in September, including a daily slots win per machine that was second highest in the state and more revenue from table games than the year-old Live! Pittsburgh mini-casino in Westmoreland County.

“While still early we have been encouraged by the combined performance of Hollywood York and Hollywood Casino at Penn National Race Course. We are confident in our ability to grow the overall market due to the positioning of our properties in the region, particularly with the anticipated opening of Hollywood Casino Morgantown later this year, pending regulatory approvals,” Snowden said.

“We recently opened a career center and are accepting applications for approximately 375 new positions at Hollywood Casino Morgantown, which will feature approximately 750 slot machines and 30 table games, a Barstool Sportsbook, and multiple food and beverage outlets.”

Penn National has yet to announce a specific opening date for the newest mini-casino, which, unlike others that have opened in mall locations, has been built from the ground up on vacant land near a Pennsylvania Turnpike interchange.