In Rare Alignment Of Stars, All Three PA College Teams Are Favored Saturday

Penn State, Pitt, and Temple are each expected to win this weekend 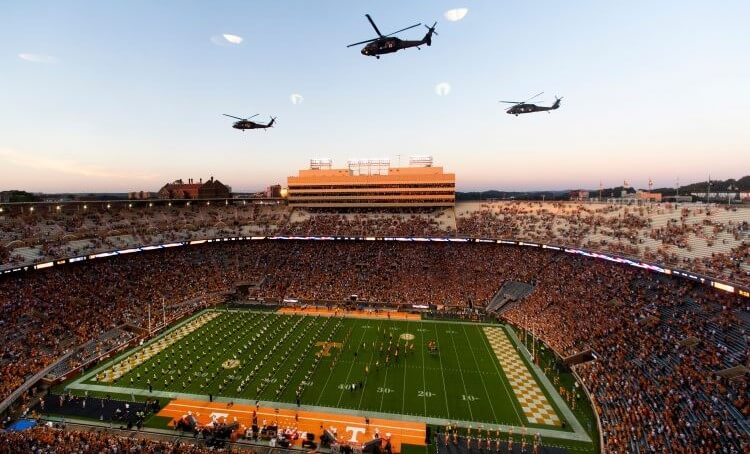 You can most likely count on one finger the number of times all three of Pennsylvania’s Division 1 college football programs will be favored to win on the same day this year — and that day is this coming Saturday.

The combination of Pitt playing one of the lesser recent SEC programs and Penn State and Temple facing Mid-American Conference foes has all three giving points in odds posted by the state’s legal online sportsbooks. Considering how all three underachieved last year, and the unlikely nature of the Owls being favored against anyone after dropping their opener by 47 points, this trifecta of oddsmakers’ favoritism could be akin to a blue moon occurring in a leap year on the same day as a solar eclipse.

But crazy things do happen in life and in college football — watch a rewind of Montana’s win over the University of Washington last week as Exhibit A — and it will be interesting to see if all three Pennsylvania teams can actually live up to expectations this week. Here’s a rundown of their prospects:

Pitt-Tennessee is a Majors Classic

Pitt lays claim to this week’s marquee game among state schools, playing on ESPN at noon Saturday before nearly 100,000 orange-clad fans in Neyland Stadium for what is being dubbed “The Johnny Majors Classic.”

Pitt and Tennessee have both struggled to escape mediocrity this century, but have fond memories of being coached by Tennessee alum Majors, who led Pitt to an undefeated season and national championship in 1976 before leaving to coach in Knoxville.

The Panthers and Vols both opened with cupcakes last week — Pitt trouncing Massachusetts 51-7 and Tennessee downing Bowling Green 38-6 — so this will be a key test for both in determining whether 2021 could lift them above recent seasons.

All of the sportsbooks have made Pitt a 3.5-point favorite, with moneyline odds ranging from -165 at Caesars (the best place for a Pitt backer) to -190 at BetMGM. BetMGM and FanDuel have the highest points total over/under, at 57.5, while BetRivers, Unibet, and other Kambi-backed sites posted the number as low as 56.5 as of Wednesday morning.

Pitt had the easier time in its opener, rolling out to a 37-0 lead over UMass behind veteran quarterback Kenny Pickett, as the Panthers ended up with 375 passing yards and 203 yards on the ground. On defense, Pitt had five sacks and allowed just 42 rushing yards.

In their first game coached by Josh Heupel, the Vols unveiled an up-tempo offense that should be far more challenging for the Panthers. Quarterback Joe Milton III didn’t always connect in the passing game sufficiently to make the no-huddle offense effective, but Tennessee ran for 300-plus yards against Bowling Green.

History is one thing in Pitt’s favor, as it emerged victorious in its two prior trips to Knoxville some four decades ago.

Penn Staten, now ranked No. 11 by AP, will have a hard time this week making its fans any happier than they emerged from Saturday’s 16-10 upset of Wisconsin in Madison.

The Nittany Lions’ bettors will be just as happy Saturday afternoon, however, if they cover a spread of more than three touchdowns vs. Ball State on the first occasion on which Beaver Stadium will be packed since November 2019.

DraftKings and Caesars have both made Penn State a 23-point favorite over the Cardinals. While most other sites have 22.5, the best book for a Penn State bettor using the point spread would be BetMGM, with its 22-point line Wednesday morning. BetMGM also has the best moneyline offering on Penn State, at 16/1, while FanDuel goes all the way up to 30/1. The lowest over/under is the 57 posted by DraftKings, the highest the 58 listed by FOX Bet.

Ball State’s defense will be nothing like Wisconsin’s, but coach James Franklin has to hope his offense is more like the one that gained 254 yards in the second half Saturday after just 43 in the first. The defense, meanwhile, did everything needed against the Badgers, including three key takeaways.

Ball State is no slouch, returning nearly all of its starters from a team that won the MAC last year, but it had unexpected difficulty last week putting away Western Illinois in a 31-21 win. A win against Penn State, or anything closely approaching it, offers huge motivation for the Cardinals, while the blue-and-white have to avoid letting this become a “trap” game, considering Auburn is on the schedule next.

The sportsbooks were sufficiently impressed with the win over Wisconsin, however, to shrink odds that were about 10/1 last week for Penn State to win the Big Ten. The highest odds now are 7/1 from FanDuel.

How to add up two lopsided losses?

So what was learned from last week’s 61-14 loss to Rutgers by Temple and 60-10 loss to Auburn by Akron? Well, both of those losing teams are probably really bad, for one thing, but somehow the Owls are apparently less bad.

The sportsbooks mostly have Temple as a 7-point favorite, even though Saturday afternoon’s contest against the Zips is in Akron. Temple backers can get a better point spread of 6.5 from BetRivers (and other Kambi-backed sites) and FanDuel, if willing to endure a higher vig of -112 from BetRivers or -122 from FanDuel.

The best moneyline price to take Temple to win is the -250 from BetMGM and the Kambi sites. The over/under ranges from 52.5 at BetMGM to 53.5 at FOX Bet, DraftKings and FanDuel.

As their scores would indicate, neither team displayed a whole lot either offensively or defensively to offer optimism for improving upon their 2020 seasons, when the Owls and Zips both earned just one victory. Temple fell behind 26-0 against Rutgers before scoring, but that looked pretty good compare to Akron trailing Auburn 53-0 by the end of the third quarter.

One uncertainty looming for Temple is the status of redshirt freshman QB D’Wan Mathis, who left last week’s game in the third quarter with a leg injury. Making his first start for the Owls, he was 8-of-24 for 148 yards and an interception before then.