It Took New Casinos To Get PA To A Record For Total Revenue From Slots, Table Games 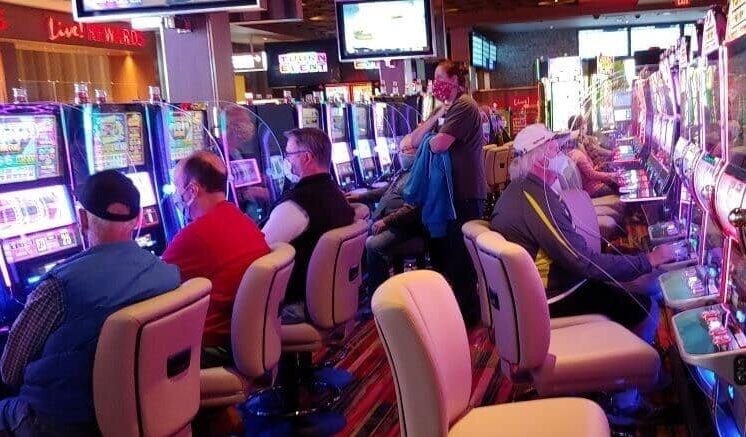 While Pennsylvania’s gaming industry has been boosted most in recent years by the addition of online casinos and sports betting, its 2021-22 fiscal year results released last week also show brick-and-mortar casino revenue to have reached its highest point ever.

That was both 23.4% higher than the prior fiscal year, when COVID was still a heavy cloud hanging over casinos and even shutting them down temporarily, and 5.2% higher than 2018-19, when the casinos reached their prior high mark of $3.26 billion.

That money left behind by gamblers making a physical trip to one of the 16 casinos, whether to embrace the blind luck of a slot machine or test their decision-making in blackjack or at other tables, represented 68% of the record $5.04 billion haul from all forms of commercial gaming in the last 12 months.

Because the traditional games have been around so long though — since 2006 for casino slots and 2010 for table games — they don’t draw quite as much attention as do the sportsbooks and iCasinos that have dominated so much talk and advertising across Pennsylvania for the past three years.

Make no mistake, though, they’re still crucial to the operators who can only continue employing nearly 15,000 Pennsylvanians in the industry if people are willing to set foot inside their casinos to gamble.

Four newcomers made all the difference

There’s one key caveat to that new high water mark of $3.43 billion generated within casinos: It was achieved with four more casinos than existed three years earlier. Pennsylvania had 12 casinos for most of the industry’s legal existence until the additions of Live! Pittsburgh in November 2020, Live! Philadelphia in January 2021, Hollywood Casino York in August 2021, and Hollywood Casino Morgantown in December 2021.

Collectively, the 12 casinos that collected $3.26 billion in 2018-19 only achieved $2.99 billion among them in 2021-22. The four new casinos made up the difference — and then some — by tacking on additional revenue to surpass any prior year.

In fact, only two casinos — longtime state revenue leader Parx and Valley Forge Casino Resort — made more money last year than they did three years earlier. And Valley Forge was probably only able to do so because for much of 2018-19, the resort casino was limited to 600 slot machines until taking advantage of legislation to expand its maximum to 850.

To varying extents dependent on their locations, it’s clear that the original dozen casinos have been impacted by competition from the four newcomers as well as ongoing health and economic concerns from the COVID-19 pandemic, the ease with which people can now gamble legally at home, and other operational issues that can alter revenue year to year.

A prime example is Harrah’s Philadelphia, which despite its name is located in suburban Chester, Delaware County. It was the only casino in the state to actually make less revenue last fiscal year than the year before, $185.9 million instead of $194 million. That was also 27.1% less than the $255.1 million it made in 2018-19, the last full fiscal year before the coronavirus began hindering visitation and operations.

The numbers would seem to suggest that Pennsylvania is at or very close to its saturation point for casinos in the state, although it will most likely have to make room for two more.

Parx Casino is to open a satellite Category 4 mini-casino by year’s end in Shippensburg, Cumberland County. The gaming board is expected to rule late this year, meanwhile, on whether to issue a license for a fifth mini-casino by investor Ira Lubert and Bally’s Corp. just outside of State College in Centre County.

Though the mini-casinos only have a maximum of 750 slot machines and 30 to 40 table games, the three operating so far in Westmoreland, York, and Berks counties appear to have had the effect of drawing in nearby customers who previously made trips to long-established venues in western and central Pennsylvania that have now experienced revenue decline.

With two more additions pending, it’s hard to say just how much higher the revenue ceiling can get collectively for Pennsylvania’s casinos. It would not be surprising for them to reach $3.5 billion in the 2022-23 fiscal year and perhaps $3.6 billion in 2023-24.

Cannibalization being what it is, however, we wouldn’t bet our money on anything much above that.