The One Form Of PA Gambling To Have Shrunk, OTBs Are On The Rebound Now

Sportsbooks, sports bars, and mini-casinos are creating new OTBs, which are down to two from 23 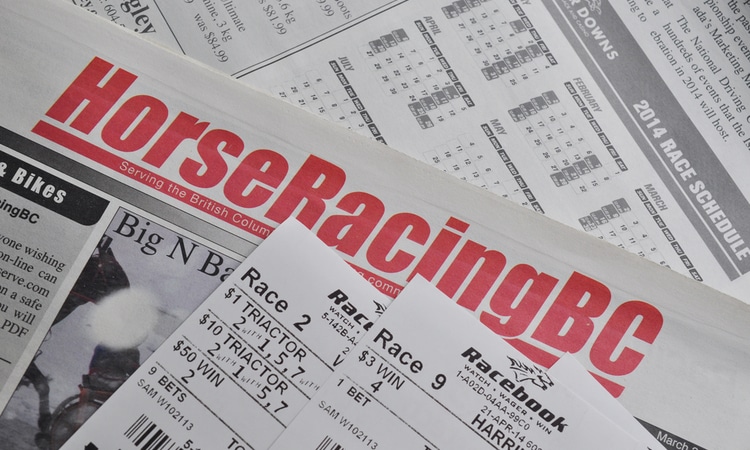 As all kinds of access to legal gambling exploded across Pennsylvania in recent years — casinos, iGaming, sports betting, VGTs, online lottery, and more — one form quietly dwindled to less than 10% of what it once was.

A discussion at a recent Pennsylvania Horse Racing Commission meeting highlighted how the number of off-track betting locations operating in the state has fallen from 23 to two, the smallest number in the past quarter-century.

A sector of Pennsylvania’s gaming industry that thrived in the 1990s, soon after a 1988 state law authorized the OTBs, suffered in the new millennium from competition from casinos, digital horse wagering, and other forms of entertainment.

Just since the Pennsylvania Gaming Control Board’s last annual report on parimutuel racing, which covered 2019, five of the seven OTBs that were in operation at that time have closed. All were shut down like every other public group setting at the time the COVID-19 pandemic struck in March 2020, and unlike one OTB in South Philadelphia and one on the outskirts of Allentown, the five never reopened.

Now, however, off-track wagering is preparing for a rebound. Plans to intertwine that type of gambling with sports betting, popular sports bars, and mini-casinos means an OTB revival is ahead, with three of them to open by year’s end in York, Berks, and Chester counties. More are expected subsequently.

They won’t be the type of OTBs your cigar-smoking uncle might have visited, and there won’t be as many as in their heyday, but they could be a significant presence again in Pennsylvania’s gambling landscape.

The antithesis of the New York model at one time

Christopher McErlean, vice president of racing for Penn National Gaming since 2007 and part of the industry for years before that, remembers when the state’s OTBs had an allure they’ve long since lost.

Crowds flocked to the company’s first site in Reading in the early 1990s, a satellite of the company’s Penn National Race Course in Dauphin County, which has since added Hollywood Casino. PNG’s strong initial public stock offering came on the backs of its successful OTBs, McErlean recalled. Pennsylvania OTBs in general won praise for offering an update on the seedier, no-frills versions known to that point in New York State.

“Pennsylvania was seen as one of the success stories around the country,” McErlean said. “It was seen as the antithesis of the New York model — have nice amenities, have bars and restaurants, nice facilities, nice surroundings for the horse players. … The OTBs were in the right place at the right time in Pennsylvania, and for the first five to seven years were very successful in terms of their operations and the revenue they were generating.”

The four tracks in operation at the time (there are now six) were permitted up to 23 OTB simulcast sites total, where patrons watched and bet on televised races taking place in not only Pennsylvania but across the country. The tracks took full advantage in maxing out the locations, serving residents of mid-sized cities across the commonwealth who were well-removed from the tracks. Handicappers in New Castle, Johnstown, Chambersburg, York, Carbondale, and elsewhere had far easier access to placing a bet.

“It was just crowded every day,” Michael Zullinger, now director of racing and sportsbook for Mohegan Sun at Pocono Downs, said of his start as an OTB teller in northeastern Pennsylvania in 1997. “Before off-track wagering, everyone came to the main track — it became another avenue to place horse wagers without having to drive too far.”

The turn of the century brought a downturn

By the early 2000s, however, that sort of traffic had peaked, McErlean and Zullinger both told Penn Bets. Opportunities to wager by phone or via the internet and to watch live racing on cable TV offered even more accessibility than the OTBs. Overall interest in horse racing, meanwhile, continued its long-term decline.

Ironically, as McErlean noted, the casinos themselves that sustained the race industry — by having slots revenue siphoned to boost race purses — also offered competition for gambling dollars that hurt the OTBs.

Within the past decade, it seemed one or more locations was being shuttered every year: Mohegan Sun’s Hazleton operation in 2011; Penn National’s Chambersburg site in 2013; the Meadows Racetrack & Casino’s New Castle OTB in 2014; Parx’s Center City Philadelphia location in 2016; and so on and so on, to where 21 ceased to exist.

“The facilities were getting older and you didn’t need as much space as in the past,” McErlean said. “They were inefficient buildings, and they weren’t modernized because they weren’t making as much money, and so it became a self-perpetuating negative spiral. … The competition became very difficult, and it just ate away at the handle, with the demographics of the older audience not being replenished.”

A perfect marriage defining the future of OTBs

Fast forward to the June 29 meeting of the Horse Racing Commission, where Joe Wilson, chief operating officer of Parx Racing, outlined plans for a new OTB location inside a Chickie’s & Pete’s sports bar to open by year’s end near Malvern, Chester County. As with other OTBs, it will be allowed to offer sports betting under the state’s 2017 gaming expansion law.

“It’s just a perfect marriage of sports, good food and drink, and horse racing,” Wilson said. “This is what we see as the future. Nobody wants to walk into an empty bar. It’s the same way with an OTB.”

Parx has one of the two existing OTB locations — the South Philadelphia Race & Sportsbook, which it has also sought to relocate to within a Chickie’s & Pete’s but been thwarted by Philadelphia’s zoning board. The other current site is Mohegan Sun’s Downs at Lehigh Valley, in suburban Allentown.

Both those existing sites offer sports betting side-by-side with horse wagering, as it is unlikely any Pennsylvania OTB will ever again sustain itself on horses alone. Instead, they will be part of a broader mix with either mini-casino gambling or the type of popular restaurant chain represented by Chickie’s & Pete’s, a longtime Philadelphia institution that is also inside the Parx racetrack/casino in Bucks County.

Wilson said Parx expects the combined race and sportsbook to attract 30,000 visitors annually, with an estimated $7 million in parimutuel handle.

He did not provide an anticipated figure for sportsbook handle. In May, of $447.5 million in statewide sports handle, the Parx South Philadelphia location was responsible for $2.2 million. The Lehigh Valley OTB of Mohegan Sun handled $1.1 million, which was actually about $87,000 more than the total at the casino’s own retail sportsbook in Wilkes-Barre.

Parx will also have an OTB, sportsbook, and Chickie’s & Pete’s sharing space within a future mini-casino in Cumberland County. It has hoped to do the same at an existing Chickie’s & Pete’s in Upper Darby, Delaware County, but it has run into zoning obstacles there, as in South Philadelphia.

Still, Wilson said the company expects to be able to pair additional OTBs ultimately with several Chickie’s & Pete’s locations in the state.

For Penn National, which once had six OTBs and now has none, it plans to be back to two soon. Its mini-casino at York Galleria is to open with one in August, and another in Berks County — known as its Morgantown mini-casino — is to open by year’s end.

In both cases, the mini-casinos are near former OTBs that were in operation until early 2020, and then never reopened after COVID-related shutdowns that March. The same type of permanent shutdowns occurred at the time with the former Oaks OTB of Parx in Montgomery County, the East Stroudsburg OTB of Pocono Downs in Monroe County, and the Harmar, Allegheny County, facility of the Meadows, which is also owned by Penn National.

In the case of the closures last year in York and Reading, McErlean said, “They were going to close eventually anyway because of the [mini-casinos] coming in. It just made sense at that point in time, not knowing how long the COVID stuff would last. … They were struggling facilities up to that point anyway. They were going year by year on leases and things like that.”

Now the new Penn National OTBs will be housed within Barstool-branded sportsbooks expected to be popular at both new casinos, flush with TV screens and in the midst of hundreds of slot machines and dozens of table games.

While there will be separate betting kiosks or windows for race and sports betting, McErlean said, “Everything will co-exist in the same room, and you’ll be able to watch a Penn National race right next to the Eagles game, with all the seating in the same area with the bar as a focal point.”

The hope is that the proximity of the race book will attract wagers from some of the young patrons who had instead based their visit on sports betting.

“I think more than a slot machine player, a sports betting person is much like a table games person — a younger male, interested more in a cerebral betting activity than a slot machine,” McErlean said. “That fits the makeup of a horse racing player as well, who’s maybe not in that younger demographic but is a person who likes puzzle challenges and handicapping, as opposed to just pushing a button.”

Zullinger said the sports-to-racing crossover is already taking place at the Lehigh Valley OTB since sports betting was added in March 2020.

“It has definitely been an enhancement,” he said. “We’re noticing some crossover between sports betting and race patrons due to the overall convenience, where someone who’s there to play horses on a regular basis now sees the sports going on and says, ‘Let me put a few bucks on this game,’ and the same thing in reverse with the sports bettors.”

Unlike Penn National and Parx, however, Mohegan Sun made no successful bids to develop any mini-casinos. Its racetrack is down to just the one OTB affiliated with it, when it once had five. Zullinger said the East Stroudsburg location was a leased property that didn’t make business sense to reopen in the wake of COVID.

The company has not ruled out adding to its OTBs, it just doesn’t have the same imminent plans as do Parx and Penn National.

“As we move forward coming out of the whole COVID era, should a location or opportunity present itself we would be more than happy and excited to open more [OTB/sportsbook] operations within the state,” Zullinger commented.