PA Gaming Board Campaign Targets Gamblers Who Leave Kids Behind 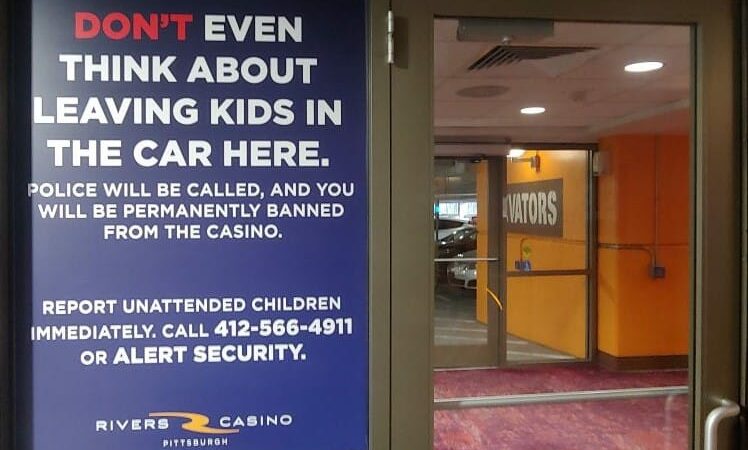 The Pennsylvania Gaming Control Board voted Wednesday to ban from the state’s casinos eight more adults who abandoned their kids to gamble — as the regulator had done 147 times previously — but it took an additional step to address the problem more directly than it ever has.

At its monthly meeting, the agency announced the launch of a “Don’t Gamble With Kids” campaign that includes public service advertisements on television and social media and the creation of a special website, DontGamblewithKids.org.

The campaign represents additional emphasis on a problem the board’s members and staff have spent the past several years focusing on with casinos. The regulator has credited casinos, for the most part, with having increased their efforts under prodding to try to prevent incidents where patrons leave children behind in cars for minutes or even hours while playing inside.

Still, such cases keep occurring — as demonstrated by the eight individuals discussed Wednesday whose actions neglecting minors earned their placement on the board’s involuntary exclusion list. Thus far, there have been no reports of physical injury to children who were left behind in cars or in some cases hotel rooms, but officials have worried it’s just a matter of time if the incidents continue.

“The welfare and safety of the minors is at the heart of the Board’s campaign and all adults should consider this before deciding to leave a child unattended,” board Executive Director Kevin O’Toole said in a press release announcing the campaign. “Leaving minors unattended in the parking lot or garage, a hotel, or other venue at a casino creates a potentially unsafe and dangerous environment for the children.”

In a presentation to the board, its communications director, Doug Harbach, noted that so far this year the board’s Bureau of Casino Compliance has recorded 269 incidents involving 441 minors who were left unattended while the adult responsible for them gambled. That’s an increase from 171 incidents involving 279 minors in all of 2021.

The problem in some cases stems from the adults being problem gamblers, Harbach noted, which prompted the agency to take some of the state’s funds dedicated to compulsive gambling issues and channel those to the new campaign.

The 30-second and 15-second PSAs he showed to the board as part of the campaign’s kickoff focused on shots of unsmiling children sitting alone in cars or hotel rooms or standing in a parking lot — with the jingling sound of slot machines heard from the spot’s soundtrack.

“Don’t be a parent who takes a bad gamble,” a voice-over intones in the PSAs. “Never leave your kids alone when you go into a casino.”

Harbach said the aim is to reach not only parents or guardians with the message, but to raise awareness among the wider public that patronizes casinos and who can assist the venues’ security and surveillance staff. The hope is they will alert employees if they’re walking through a garage or parking lot and see children left behind.

“The general public is unaware of this, and a lot of them go to casinos, and when they see something, we want them to say something,” Harbach said.

As part of a presentation to the board to obtain renewal of its license Wednesday, Valley Forge Casino Resort noted it has budgeted $800,000 this year specifically on efforts aimed at cases of abandoned children. That spending includes installation of infra-red cameras that can better identify vehicles containing children in garages or lots, and widespread display of posters warning patrons not to leave kids behind.

Ronald Bailey, the casino’s vice president and general manager, said that while such cases continue — with 36 unattended minors on the property this year — the increased vigilance has resulted in the minors being reached by staff in under four minutes in 30 of those.

Board members commended Valley Forge for its efforts. In cases they acted on later in the meeting, involving adults leaving children behind at other casinos, the amount of time children were reported to be left alone was far longer than four minutes.

The adults in such cases are generally evicted permanently by the casinos themselves, and in some instances they are also charged criminally by police summoned to the scene.

“This has been an issue dating back to the opening of casinos in 2006,” O’Toole noted in the press release. “However, as the number of venues has increased and new types of gaming have been added, more incidents have been reported.”

In other action Wednesday, the board fined Parx Casino $10,000 for an August 2021 case of underage gambling.

According to the staff’s description of the incident, an 18-year-old accompanied several friends to the casino in Bucks County and slipped by security staff onto the gaming floor when the employees were focused on the others in his group.

He then played craps for seven minutes even after showing an ID upon request of the table games staff that belonged to his brother, who was only 20 at the time. The staff soon discovered the error and stopped him from playing, with security escorting him out, after he placed two wagers totaling $50.

The $10,000 fine was relatively modest by the board’s standards, presumably reflecting how quickly the Parx staff remedied the error and removed the 18-year-old.

In September, the board fined Mount Airy Casino Resort $160,000 for a couple of more egregious cases, in which minors as young as 11 and 13 were able to gamble alongside their parents for longer periods.

Coincidentally, the board also added the parents involved in those Mount Airy incidents to its involuntary exclusion list Wednesday.

One other action taken by the board Wednesday was to approve Rivers Casino Pittsburgh’s petition to remove 97 slot machines from its gaming floor, a reduction that requires regulatory approval.

Officials from Rivers said they anticipated no loss of revenue, as the machines being removed represent older, less popular options available to patrons. Rivers Pittsburgh will still have 2,324 slot machines, among the most in the state, and officials said the reduction will provide more space and comfort for patrons, an increased point of emphasis in the post-COVID era.

Rivers is only the most recent among many of the state’s casinos to have obtained permission to reduce their slot count since their return from mandatory COVID shutdowns in 2020.