iCasino play leads the charge in May, with $101.2 million in revenue — almost 4X sports betting win 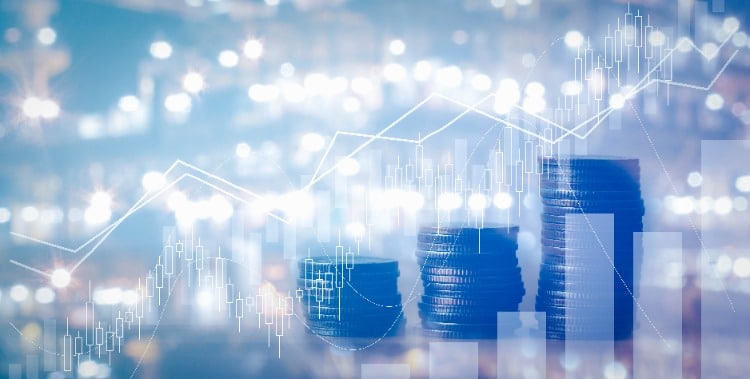 Pennsylvania sports handle betting was down, but iCasino gambling soared in May, which yielded yet another record month for overall gaming revenue, with a take of $413.2 million, up from April’s record of $404.1 million.

Interestingly, land-based operations — despite the relaxing of some COVID-era rules — ticked down a hair for the month.

The Pennsylvania Gaming Control Board released the revenue figures for May Wednesday showing a monthly sports betting handle of $447.5 million, down 6.6% from April, which itself was down 14.4% from March. But while handle was down, revenue was up, to $27.7 million, a 5.3% increase from April’s number.

On the online casino side, however, revenue came in at a whopping $101.2 million, surpassing the March record of $97.2 million.

On the brick-and-mortar side, retail slots brought in $201.4 million, slightly higher than April’s number. In terms of table games, revenue was down a tick, to $77.2 million.

Total tax revenue for the state from all those forms of gaming — including fantasy sports and video terminals — added up to $169.3 million, up from April’s $165.8 million.

May sports betting decline was expected

Pennsylvania isn’t the only state to see sports betting numbers fall in April and May, as the sports calendar gets a little light post-March Madness (and, of course, post-NFL season).

While the 76ers’ deep (and hopefully continued) run in the NBA playoffs should help bolster June’s numbers, it almost certainly won’t be until the return of the NFL season that the overall numbers jump back up.

In fact, the $447.5 million in total handle marks the lowest sports betting handle in Pennsylvania since August of 2020, when it was $365 million. Of course, the state has added more online operators since then, with the 12 online operations taking care of 91% of the overall handle for May.

Breaking it down by individual online operators, FanDuel remained the clear leader, but suffered a second straight month of significant decline in handle with May’s $160.9 million marking a 4% decrease from April, which came on the heels of a 17.4% decrease from the month before.

Despite the drop, FanDuel still represented 39.5% of the total online handle in the state, which was a higher market share than April’s 38.2%. And overall revenue for FanDuel came in at $14.2 million, up significantly from April’s $11 million number. All in all, not a bad month for the market leader.

Penn National Gaming’s Barstool Sportsbook bounced back after a rough April. While handle was down to $43.6 million — a 23.6% decrease from the previous month — at least the book made money, with $1.65 million in revenue. (The sportsbook had lost $102,568 the month previous.) Market share for Barstool stood at 10.7% for the month.

In April, Pennsylvania saw a 15th iCasino launch, as the Stardust casino came online April 19. Additionally, BetMGM launched its poker operation on April 27. And on May 3, the Barstool casino went live in the state for a 16th operator. And while these weren’t necessarily the reason for the record $101.2 million month, it obviously didn’t hurt.

While Pennsylvania’s gaming board doesn’t break down individual sites and instead groups each casino with each of their skins — and some casinos have more than one skin — this much is clear: The sites under the Hollywood Casino/Penn National license (Hollywood, DraftKings, BetMGM) crushed it in May, with $41.3 million in revenue, a 21.6% increase over April’s number.

The Rivers/Rush Street trio of PlaySugarHouse, BetRivers, and Borgata came in second, with $27 million in revenue, a modest increase over the previous month’s $26.6 million.

No masks, but no more bets

With mask restrictions falling by the wayside — and the relaxation of capacity and social distancing standards on May 31 — the future is looking brighter for the 14 brick-and-mortar casinos, after a disastrous COVID-ruined 2020, where the entire industry was shut down in the state for nearly four full months.

But even with the mask restrictions coming off, the $201.4 million in slots and the $77.2 million in table games were both a hair off April’s numbers. It’s certainly hoped that with social distancing rules dropped, those numbers will begin to rise in the months ahead.