Sportsbooks Made More Money Than Ever In Pennsylvania In November

Monthly betting volume did not increase, but bettors' losses sure did 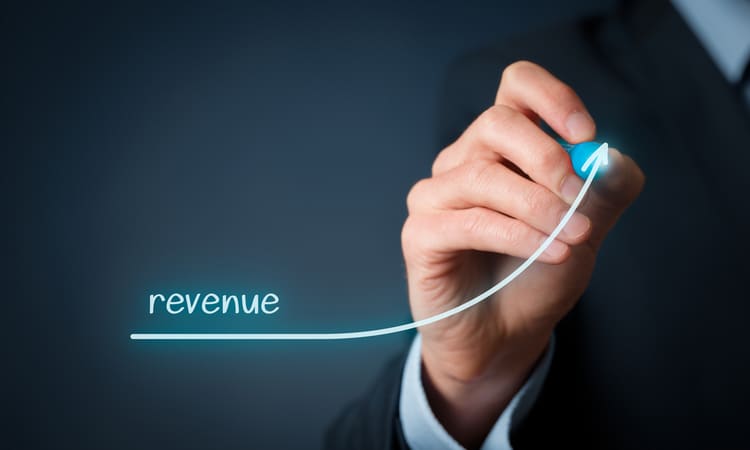 Pennsylvania’s sportsbooks failed to follow up on October’s record betting handle with a new high in November, but you will not hear any complaints from their operators. That is because the revenue they collected — the amount retained from sports bettors’ losing wagers — busted through the previous record, according to monthly revenue figures released Monday by the Pennsylvania Gaming Control Board.

November brought $84.9 million in gross earnings to the 13 online and 16 retail sportsbooks, and $63.7 million in taxable revenue after adjustments for their promotional credits. That revenue was from $761.6 million in total bets, compared to $776.3 million in October.

The $63.7 million in taxable revenue, far above the prior high of $37.4 million in November 2020, contributed to another record revenue month from all types of commercial gaming in Pennsylvania. Last month’s $432.5 million retained overall from gamblers surpassed October’s $425.9 million, even though the more lucrative form of online gaming – iCasinos – took in $10 million less than the month before at $93.9 million.

As Penn Bets reported last month, the state continues tracking toward a record $4.7 billion in commercial gaming activity overall in 2021, with $1.9 billion in direct government tax revenue to be derived from it.

So how did Pennsylvania’s sports betting operators make so much more money in November than October when they handled less in bets? It can be a combination of factors, mostly related to the bettors themselves faring worse.

When lots of football upsets occur in the NFL — the sport and league that receives more bets than any other — bettors generally fare worse, as the public is prone to bet more on the most popular teams, who are customarily favorites. Also, a new feature known as same-game parlays has become popular on many betting sites this fall, and parlays involving potentially big wins are known to be very favorable for the house overall in terms of bettors’ success (or more so, their lack thereof).

Unlike regulators in some states, the Pennsylvania Gaming Control Board does not break out figures for how much is bet on each sport or on parlays. The overall hold percentage (the share retained from bettors’ losses) among the sportsbooks, however, soared to 11.2% in November from 5.4% in October, when gross revenue was $42.3 million and taxable revenue $25.3 million.

That latest hold percentage reflects the sportsbooks’ $84.9 million in gross revenue, before adjusting for a record $21.3 million in promotional credits they offered as enticements to bettors. At a 36% tax rate on sports betting in the state from the adjusted revenue, the activity provided a record $22.9 million for the month to state and local governments.

DraftKings closes in on FanDuel

A deeper look at November’s sports betting numbers showed the closest competition yet in betting handle between longtime market leader FanDuel and perennial Pennsylvania No. 2 DraftKings, although FanDuel remains well ahead in revenue.

FanDuel’s $238.6 million in handle was down 11.9% from October, but it posted huge revenue of $37.1 million as its gross number in November and $28.8 million as taxable. The gross revenue figure represented an astronomical 15.5% hold, at least twice the common rate.

While FanDuel remained the leader in betting volume, handling 33.9% of all online betting, DraftKings was the closest yet to it with $215 million in handle, for 30.5% of the online market. DraftKings reported $15.8 million in gross revenue and $11.7 million as taxable.

Calendar unfavorable to other revenue

It is understandable that the 17 online casino sites showed less revenue in November than the record $102.9 million of October, in that last month not only had one fewer day, but also had the customary four weekends. October had five full weekends, which would be days when gamblers could be expected to have more time on their hands to indulge.

The same calendar dynamic would have played out in brick-and-mortar casino retail figures, in addition to a customary drop in such visits as the weather turns colder. The 15 casinos showed a combined $268.4 million in slots and table games play in November, compared to $292.4 million in October.

The current casino revenue figure is only higher than two years ago, however, because there are more casinos now — 15 instead of 12. Without the addition of the Pittsburgh! Live, Philadelphia! Live, and Hollywood Casino York venues, the November 2021 retail slots and table revenue would have been $237.7 million from the 12 casinos that were open also in November 2019.