World Series might be mismatch on paper, but Philadelphia has embraced underdog role 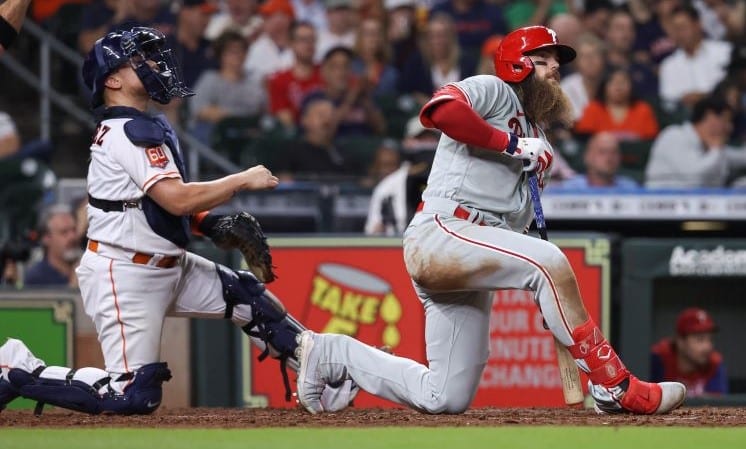 The last time the Phillies won a World Series in 2008, it was a decade before anyone could place a legal bet on them in Pennsylvania to do so. And now, someone doing so could win a lot of money on them — potentially.

The Phillies start the series at Minute Maid Park in Houston Friday night as big underdogs against the Astros, with some calling it the biggest World Series mismatch in more than a century. Philadelphia, after all, got into the playoffs as the No. 6 seed in the National League, a lowly status that didn’t even exist for postseason eligibility until this year. They surprised followers of the St. Louis Cardinals, Atlanta Braves, and San Diego Padres in successive series wins this month.

“Let’s go have a party on Broad Street”

Houston, meanwhile, had the best record in the American League and finished the regular season with 19 more wins than the Phils. The Astros are only the third team in the modern era to reach the World Series by sweeping its first two postseason series. It’s their fourth World Series in six years, including last year’s loss to the Atlanta Braves.

So Pennsylvania’s online sportsbooks understandably make Houston a heavy favorite. The regular odds are as high as +170 at Caesars and +165 at FanDuel for Philadelphia to end up celebrating.

However, Phillies fans should take note of special betting offers on the team being promoted in Pennsylvania. In the most notable one, DraftKings, which has regular odds of +160 on Philadelphia, offers a boost to +250 (with a maximum wager of $50) for those who “opt in” to its special promotion.

Nola versus Verlander to start

The Phils have two aces in Zack Wheeler and Aaron Nola, and while Wheeler led off prior series, it will be Nola doing so against the Astros’ Justin Verlander Friday night.

For that opener, Philadelphia is somewhat less of an underdog than for the series overall. On Thursday morning, FanDuel was offering the best moneyline price on a Phillies Game 1 victory at +146.

The over/under on the run total was generally set at 6.5, with higher vig to take the over (such as -120 at PointsBet, DraftKings, and Betway), but FOX Bet deviated with what might tempt those who see a pitchers’ duel looming. Its total was 7, with -125 to bet the under.

Among betting props for the game are the over/under on strikeouts by each of the starters, with sites using Kambi odds such as BetRivers and betPARX making Nola -106 to get over 5.5 K’s and -127 to finish with fewer.

Some analysts believe that with managers Rob Thomson and Dusty Baker able to send out multiple top-of-the-line starters (Zack Wheeler and Framber Valdez will go Saturday) and employ so many threatening hitters in their lineups, it could be the bullpens that make a difference. That is where the Astros appear to have a clear edge in depth, with a bullpen ERA of 0.82 in the postseason, though Phillies relievers Jose Alvarado and Seranthony Dominguez have also been unusually dominant.

Harper boosted to 10/1 for MVP

For Philadelphia, where games are to be played Monday and Tuesday nights and possibly Wednesday, everything could hinge on Bryce Harper continuing to be as exceptional as he’s been throughout October. As DH, he’s hit .419 with five homers and 11 RBIs in the playoffs.

The oddsmakers have taken note, naturally, with Harper generally having MVP odds ranging from +550 at FanDuel to +700 at BetMGM, which are about equal to those of Astros slugger Yordan Alvarez. Again, there are special “boosts” that bettors should look out for, and in Harper’s case, Caesars nudges him up to +850 for MVP and Betway goes even higher to +1000.

Among other Phillies deemed most likely to win MVP — heavily dependent, of course, on Philadelphia winning the series — are Kyle Schwarber at +1400, J.T. Realmuto at +2000, and Nola at +2000, with Kambi sites (which also include Unibet and Barstool Sportsbook) offering those as better returns than competitors have posted.

Among other special offers for the series, FanDuel and BetMGM both offer a form of “single-game parlay insurance.” A bettor picking four or more legs in a parlay for a game can get up to $25 in matching free bets back for his or her stake if only one leg of the parlay misses.

Caesars, meanwhile, is tempting Philadelphians with an offer combining the unusual autumn success of the Eagles as well as Phillies. It offers a return of 18/1 on a bet that an Eagles Super Bowl win will follow the Phillies beating the Astros in the World Series.

We can’t say how close those are to being fair and true odds, but trust us when we say that the odds of that particular parlay hitting would have been far longer months (or even weeks) ago.