Philly Sportsbooks Bank On March Madness For A Big Rebound 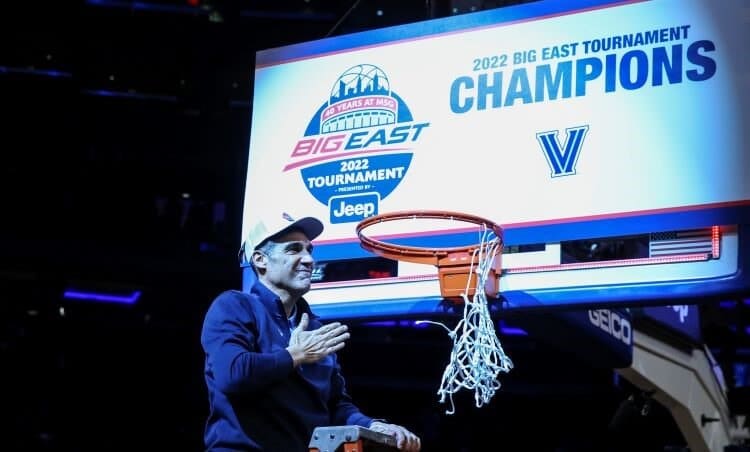 Philadelphia’s two casino sportsbooks were faced with some impediments to a boisterous start to 2022, but this week’s descent into March Madness should make up for all of that.

Betting activity was down at the sportsbooks at both Rivers Philadelphia and Live! Philadelphia to start the year — as it was throughout those casino properties — due to a city requirement that only patrons with proof of COVID-19 vaccinations could be admitted. The mandate was in effect from Jan. 3 to Feb. 16.

The restricted period included Super Bowl Sunday. While the two casinos’ sportsbooks were lively that day because the NFL’s championship game is such a betting and fan spectacle, on other days and nights there were fewer bettors than usual.

That should all change with the next three weekends of NCAA Tournament basketball, including an unexpected treat: The Villanova Wildcats, the No. 2 seed in the South Region, start their bid for another national title in Pittsburgh Friday afternoon by facing Delaware, the Colonial Athletic Association champion with its own sizable following of alumni in the Philadelphia region.

That particular matchup can only assist the sportsbooks in a big rebound from how their year started.

“We’re anticipating a very busy March Madness,” said Bryan Newman, sportsbook manager at Live!. “It’s the first big event since the Super Bowl, when we still had the vaccine mandate, so we’re expecting a very big crowd, with no restrictions and no masks. Everything’s looking like it’s going back to normal, so we should see a very big spike in business.”

Pennsylvania’s collection of retail and online sportsbooks took a record $793.7 million in bets in January (February numbers will be reported this week), but that was no thanks to the Philadelphia casinos, which were down in activity while other sportsbooks were going up.

With no holidays to celebrate and a turn for the worse in winter weather, casino visitation in general across the state was worse in January than December, but that was exacerbated in Philadelphia by the special COVID requirements that weren’t in place statewide. Slots and table games revenue was down 11.5% month to month across Pennsylvania, but the decrease was 23.3% at Rivers and 25.8% for Live!.

Some sports bettors who like to wager in person might have switched to other casinos from Jan. 3-Feb. 16 if they were unvaccinated or didn’t want to deal with showing proof they’d had their shots. Or even easier, they might have bet on their phone or computer at home on one of 14 legal sites.

Now, such worries are over in a region that is surely more passionate about basketball than other parts of Pennsylvania, given it has the state’s only NBA team and a rich history of college and high school teams in the sport.

Andrew Palumbo, sportsbook manager of Rivers Philadelphia, said that since the NFL season ended, college basketball represents the most bet-on sport at the sportsbook on about 75% of all days. The 76ers are hugely popular for bettors, but they’re just one team, and the NBA has so many fewer games daily than does the NCAA.

“Generally speaking, Pennsylvania bettors are always backing Villanova,” Palumbo said of the state’s most successful college team. Recent weekends have seen customers filling the sportsbook’s 60 seats to watch a dozen or so games simultaneously, while betting at the counter or at one of 32 kiosks.

“The good thing about our sportsbook is it’s kind of the crown jewel of the property, sitting right in the middle of the casino,” Palumbo said. “If you’re in pretty much any gaming position in the casino, you have a great view of the televisions.”

For March Madness, the sportsbook also has a special promotion daily this week where anyone betting at least $50 on a game is entered in a drawing to win “old school” college jerseys of the kind that were worn by various NBA stars, such as James Harden’s at Arizona State.

Hoops have been drawing nearly all action

The Live! sportsbook affiliated with FanDuel and using its odds is smaller than its rival across Philadelphia. It has about 30 seats facing big TV screens, but immediately adjacent is the Sports & Social bar and restaurant with its own wide array of televisions. Seating in the sports bar is expected to be so popular during March Madness, Newman said, that there will be a $25 minimum charge for customers filling its seats on NCAA Tournament days, which they meet through eating and drinking.

College basketball has been getting about twice as much betting volume as NBA games in recent weeks at Live!, and when combining them, the sport makes up more than 90% of betting activity at this basketball-focused time of year, Newman said.

“We have a pretty big following of people that bet only on basketball,” he said.

Live! has the added attraction for bettors of being within walking distance of the Wells Fargo Center, which is hosting the NCAA East Regional Sweet 16 and Elite Eight games on March 25 and 27. Throughout the tournament, Newman expects the sportsbook to be as crowded as it would be on an NFL Sunday — only for a longer duration of the day because of the stream of games that can run from afternoon to midnight.

He said that in partnership with FanDuel, the sportsbook has its own special March Madness promotion: Anyone betting $50 on a game at the casino can enter themselves on their FanDuel mobile account into a drawing for one of 10 $500 cash prizes specific to Live! Philadelphia bettors.

Given the attraction of the Villanova-Delaware draw locally, it would not be surprising to see that game at 2:45 p.m. Friday attract more wagering than any other for the Philly sportsbooks. As would be the case in any matchup of a 2 seed versus a 15 seed, the Wildcats are a heavy favorite. ‘Nova is coming off an exciting and successful conclusion to the Big East tournament, with wins over Connecticut and Creighton that included a 54-48 win against the latter in the finals at Madison Square Garden Saturday night.

FanDuel on Monday morning posted Villanova as a 15.5-point favorite against the Blue Hens, with the Wildcats at -2100 on the moneyline. Rivers Philadelphia, which uses the online odds posted for the twin BetRivers and PlaySugarHouse sites, had Villanova as a 16-point favorite and -2000 on the moneyline. The over/under was agreed on at 133.5 by the sites.

Villanova is a 20/1 longshot to win the national title at multiple sites. To make it to the Final Four, FanDuel and Live! offer a slightly better return for Villanova faithful, at +390 compared to +350 at Rivers and its affiliated Rush Street Interactive sites.

(Editor’s note: This article has been corrected from an earlier version, which contained inaccurate information about the jerseys being given away in drawings at Rivers Casino.)