A retired construction worker is the surprise winner of a Pro Football Pick'Em run by PlaySugarHouse.com and BetRivers.com in Pennsylvania. 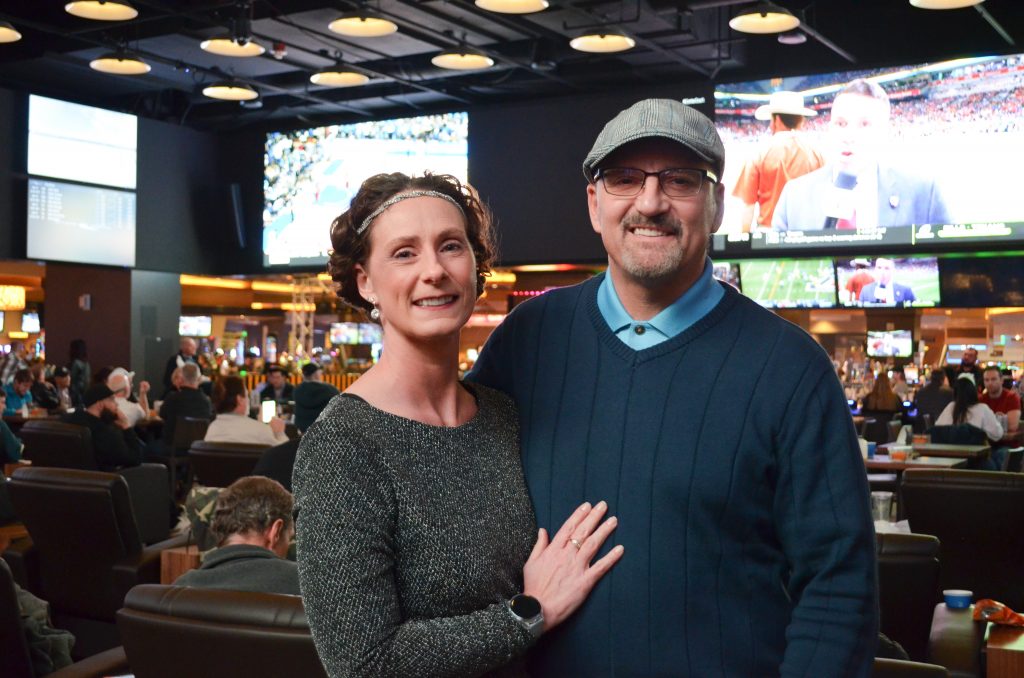 The couple that picks together, wins together.

Retired construction worker Gary Heineman, who received plenty of help from his wife Roxanne, emerged as the surprise winner of the inaugural PlaySugarHouse.com and BetRivers.com $500k Pro Football Pick’Em held in Pennsylvania.

The 57-year-old Heineman, who hails from Canonsburg, submitted only one entry into the contest and claimed the $125k guaranteed top prize for having the most correct picks over the course of the NFL season.

“We are just working-class people and that’s a lot of money,” he said. “We are so excited we just can’t believe this. It’s life changing.”

Heineman said originally that they were making picks and having fun, but as they kept landing winners, they climbed to eighth place in the standings. That’s when they realized they could actually win the guaranteed top prize and Roxanne Heineman became more involved, researching betting trends among the Las Vegas sportsbooks and the betting public.

After mainly sticking with favorites for most of the season, they made a series of bold picks in Week 17, getting victories from the New York Jets, Cincinnati Bengals, and Chicago Bears to help vault them atop the standings with 169 correct picks, two more than the runner-up.

The new-found winnings will result in a belated Christmas celebration for Heineman and his wife.

“We actually decided not to exchange gifts for Christmas and instead save so we could take a vacation,” Gary Heineman said. “Now we can do both and go anywhere we want! I’m planning on upgrading my wife’s wedding ring as her Christmas present as she was key in our winning strategy.”

The contest proved a success for Rush Street Interactive with legal online/mobile sports betting available in Pennsylvania for the first time during an NFL season. All told, the top 500 entrants were paid out cash winnings at season’s end, and the top weekly score on each site earned a $2,500 payout. There was also a “lucky loser” prize in which the entrant with the most incorrect picks received a $2,500 payout as part of the $500k in total that was paid to entrants.

“This final week in the NFL has been one of the most exciting and entertaining that I can ever recall,” said Mattias Stetz, C.O.O. of Rush Street Interactive, which operates PlaySugarHouse.com and BetRivers.com. “We created the $500k Pro Pick’em Football contest to make this season even more thrilling for football fans by giving them a fun way to get in on all the NFL sports betting action with chances to win huge cash prizes. Our players loved it—especially Gary Heineman!”

The Heinemans will be the couple to beat in 2020 as they plan on entering the contest once more, and Gary Heineman said he plans on visiting Rivers Casino in Pittsburgh to try his luck at the sportsbook there.