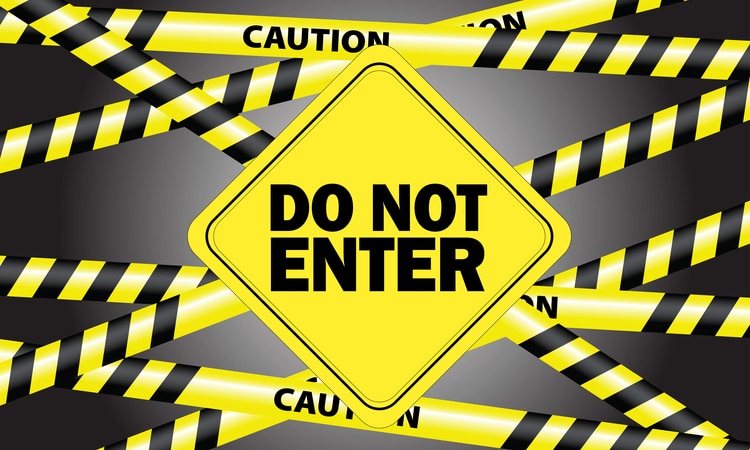 The Pennsylvania Gaming Control Board has sided with a sports bettor with an admitted slots-playing problem by returning to him most of the $15,417 that had been confiscated from his winning sports wagers.

The gaming board last month heard a plea for the funds from G.L. (his full name has been withheld, as an admitted problem gambler). A Philadelphian who placed himself on the state’s casino self-exclusion list to help him avoid the nearby Live! casino, he told the board in February he did not realize it would also deny him sports betting privileges at every retail sportsbook. That included the South Philadelphia Race & Sportsbook, an OTB parlor near his home that he has long frequented and which has no slot machines.

G.L. risked a total of $2,020 there last August on two bets that won, with a combined payout worth $15,417. When he showed up to collect on his tickets, however, he was told that his previous decision to place himself on the self-exclusion list as a problem gambler meant he couldn’t collect his winnings. The money would instead be turned over to the state for outreach efforts designed to address problem gambling.

G.L. received a sympathetic ear last month from the gaming board when he suggested that the state’s self-exclusion process is confusing and fails to plainly state that, by opting to steer clear of his slots addiction, he was also giving up his right to place a sports bet at the OTB. Board members acknowledged that they also find the self-exclusion provisions confusing.

In rendering a decision at Wednesday’s monthly meeting, the board elected to allow him $13,000 from his sports winnings, with $2,417 to be withheld to support problem gambling programs. It was more or less a reversal of a PGCB hearing officer’s recommendation that G.L. get back just his original $2,020, with the rest to be used for the programs.

G.L. appeared pleased with the resolution, though he may not enter the sportsbook again and was advised by board members that he should consider obtaining problem gambling treatment.

G.L.’s case was just one of many relating to problem gambling and exclusion list issues for the board to consider Wednesday.

The seven members took the rare step of rejecting a consent agreement that the board’s staff had proposed, which included a $10,000 fine against Wind Creek Bethlehem. The penalty was for allowing a long period of near-continuous gambling by a table games player who had placed herself previously on the state’s self-exclusion list. From their questioning, it appeared the board members found the fine to be insufficient.

The issue stemmed from three-plus days in January 2021 when Wind Creek staff failed to recognize that an individual who was gambling for 73 hours with just a few breaks had a gambling problem, and had in fact entered the casino despite having placed herself on the self-exclusion list. The board’s list of thousands of self-excluded gamblers is circulated among all of the state’s casinos, who are supposed to bar or remove such individuals.

In this case, Wind Creek officials told the board, the woman never used a players card or had to show identification that would have triggered an alert that she was on the list. She moved around from table to table over a period of several days until a table games pit manager eventually became so concerned that security and surveillance staff was notified, and her self-excluded status was confirmed.

Though she would have been removed and charged with trespass at that time, board members expressed concern that it took far too long.

“She was there three days. That’s a sign to me somebody has a problem and is maybe already on the list,” said member Mark Mustio.

Wind Creek officials, who had agreed to the $10,000 fine proposed by the board’s staff, said their employees have undergone additional training to emphasize looking out for patrons who may be spending excessive time in the casino.

The board could attempt to drive the point home at a future meeting by levying a fine higher than the $10,000 it rejected Wednesday.

The self-exclusion list issue came up further in eight different cases in which individuals petitioned the board for early removal from the list, because they did not consider themselves to have a problem any longer. In many instances, they had placed themselves on the “lifetime” self-exclusion list, which enables individuals to apply to be removed from it after 10 years have passed. Exclusion for one or five years is also possible.

In every one of those cases, the board denied the requests for early removal. The board’s hearing officers and legal staff had recommended that the requests be rejected.

The board has different voluntary self-exclusion lists for casinos, iGaming, video gaming terminals, and fantasy sports contests, and combined they had more than 18,000 names on them as of June 30.

Following up on discussion held at a prior meeting in January, the board voted to reject applications for video gaming terminal operator licenses from two entities that have been involved in supplying unregulated “skill game” machines.

The PGCB, like casino operators, has been concerned in recent years about unfair competition for gambling dollars from the spread of the skill games devices in bars, convenience stores, and other outlets around the state. Lendell Gaming and Better Bets Ventures have been two of the distributors of such games, but each had applied to enter the state’s legal VGT industry, in which qualifying truck stops can host up to five of the machines.

The board’s legal staff argued at the January hearing that their past involvement with the unauthorized skill games should bar the operators from obtaining VGT licenses, though the operators maintain that nothing explicitly makes the skill games illegal or their activities shady in any way. A Commonwealth Court ruling is pending on the status of the devices.

The board agreed with its legal staff in the cases of Lendell Gaming and Better Bets Ventures, but overruled it in the case of a third applicant, Venture Gaming, owned by Brent Mayes. Mayes voluntarily got out of the skill games business three years ago, which was sufficient to board members to indicate Venture Gaming could be considered for a license.