Despite smaller handle, the sportsbooks doubled their earnings from the month before 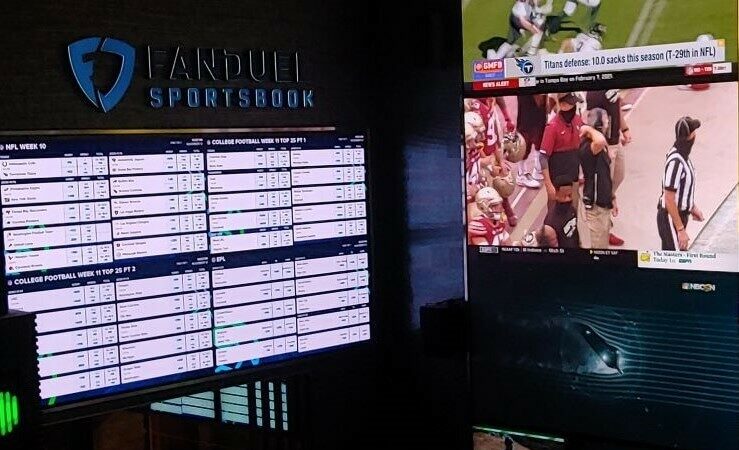 The Pennsylvania Gaming Control Board reported that all forms of commercial gaming generated $429.1 million in revenue last month, with $177.1 million of that amount allocated to state and local taxes. The revenue figure was up from $389.8 million in June and from $423.7 million in July 2021.

Those improvements came despite a dip in iCasino revenue, which at $98.6 million fell below $100 million in a month for the first time in 2022.

Offsetting that decline was an unusually strong hold of 9.9% by the sportsbooks, reflecting their win rate against bettors from the $336.5 million in total handle for the month. It resulted in $33.2 million in gross revenue by the operators, with $25.4 million of that amount taxable after adjustments for the promotional credits they gave to customers. That adjusted revenue was about twice as high as the amount in June.

A slow period, but lucrative for books

Mid-summer is typically the slowest period for sports betting, as the sports calendar is reduced to only Major League Baseball among the four major U.S. sports. The $336.5 million in betting volume was less than the $393.5 million in June and the lowest since July 2021. One piece of good news for the 14 online and 18 retail operators was that July did not repeat the unusual June scenario in which betting activity actually fell off from a year earlier.

The operators’ revenue figures, of course, represented the other good news, with FanDuel customarily leading the way. From $124.9 million in bets (40.1% of the online handle), it saw $14.9 million in gross revenue, with $12.1 million of that taxable after credits.

DraftKings, which has sharply cut back its level of promotions, saw $5.3 million in gross revenue and $4.6 million in adjusted revenue from $75.8 million in handle.

BetMGM’s taxable revenue was also much higher than is typical, at $1.3 million from $3.8 million in gross revenue after taking $42.1 million in bets. In four months since last December, it had actually reported a net loss in revenue and avoided paying taxes for the month.

While PENN Entertainment’s Barstool Sportsbook handled even less in volume than a year ago, with just $20.1 million last month (6.5% of the online market), it again did well in the revenue department. It grossed $1.9 million and had $1.4 million in adjusted, taxable revenue.

A mixed bag for other key types of gaming

The 18 online casino sites were close in July to what has become their monthly norm, but it was still unusual to see them drop below the $100 million threshold. Their $98.6 million came from $71.9 million in slots play, $23.9 million in table games, and $2.8 million in rake from online poker tournaments and cash games at four sites.

The $300.6 million in brick-and-mortar slots and tables revenue at 16 casinos was significantly better than the $269.1 million they earned in June. The dimmer side of the July number was it was actually less than the $309.8 million in revenue they took collectively in July 2021 from just 14 locations, before two more mini-casinos began operating in the state.