Rush Street aims to benefit with sports bettors from how popular "The Bus" was during his decade with the Steelers. 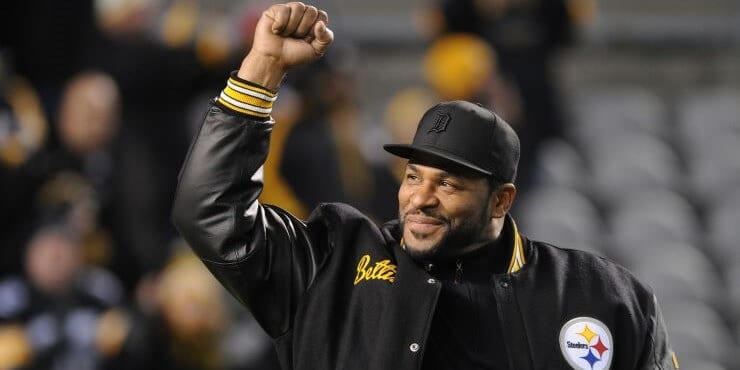 Rush Street Interactive has signed onto its Pennsylvania promotional team Jerome Bettis, the Hall of Fame running back who became one of the most popular players in Steelers history.

“The Bus,” as he was commonly known during his 1996-2005 stint in Pittsburgh, will be a brand ambassador for BetRivers.com, the online sports betting/casino site that Rush Street operates in the state along with PlaySugarHouse.com.

Bettis owns a Pittsburgh restaurant, Grille 36, within a short walk of Rush Street’s Rivers Casino as well as Heinz Field. He has remained a familiar face in Pittsburgh since his retirement after the Steelers’ Super Bowl victory 15 years ago and hosts The Jerome Bettis Show on a local television station on Saturdays before Steelers games.

“No matter where he was, growing up in Detroit, playing at Notre Dame, or during his iconic career in Pittsburgh, Jerome Bettis made a positive impact on and off the field,” Rush Street Interactive President Richard Schwartz said in a statement accompanying the announcement Friday morning. “We are thrilled for Jerome to bring his authenticity and winning ways to the passionate sports bettors on BetRivers.com.”

As in other states where it operates BetRivers, including Indiana, Illinois, and Colorado, Rush Street is in heated competition with better-known national rivals such as DraftKings and FanDuel to attract customers. BetRivers’ $28.1 million in November PA online sports betting handle ranked fourth in the state. The company’s PlaySugarHouse site, which is more Philadelphia-focused from its attachment to Rush Street’s Rivers Casino in that city, had another $19.4 million in handle.

In Colorado, Rush Street made a similar announcement Wednesday of a brand ambassador deal with former Denver Nuggets coach George Karl (who is himself a native Pittsburgher). Rush Street is signing up such sports celebs as part of its “Bet With a Winner” campaign.

As an endorser of the BetRivers brand, Bettis will be a spokesman engaging in various promotions, advertising, and events related to the sportsbook’s multiple platforms.

The bruising running back was an ever-smiling, charismatic leader of the Steelers during his decade with the team, which he joined in a trade after three years with the Rams.

He amassed 13,664 yards and 91 rushing touchdowns over his career, which was capped by the 2006 Super Bowl victory over the Seattle Seahawks in his hometown of Detroit. Bettis entered the Pro Football Hall of Fame in 2015. In retirement, he has remained visible nationally as a broadcast commentator for the NFL Network, NBC, and ESPN.