Steelers Favored To Continue A Rather Astounding MNF Winning Streak 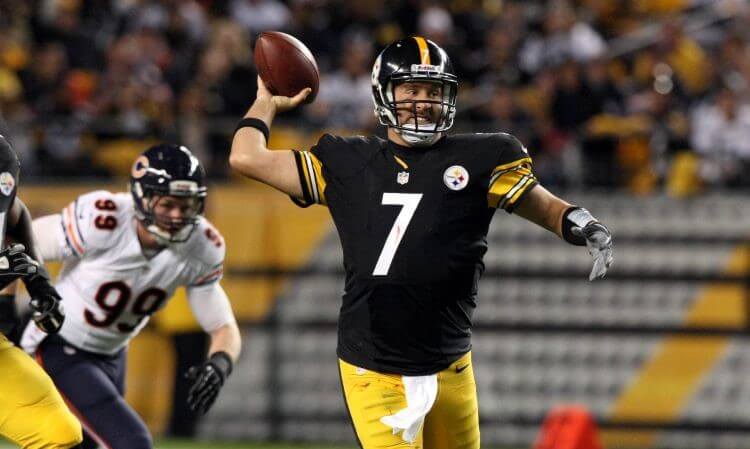 The Steelers host the Chicago Bears on Monday Night Football in a game that could be tough to watch for fans of high-scoring football, but one that could put once-dismissed Pittsburgh squarely in the playoff picture.

Coach Mike Tomlin’s team comes into the game riding a three-gaming winning streak, while the Bears have lost three in a row. And in one of the most amazing football-related notes you are likely to read this week, the Steelers have not lost a home game on Monday Night Football — to anyone — since Chuck Noll was coaching Pittsburgh and a western Pennsylvanian named Mike Ditka was coaching the Bears. That was in 1991, with the Steelers winning 18 straight times in the MNF home scenario since.

Pennsylvania’s online sportsbooks all had the Steelers favored by a touchdown Monday morning to make it 19 in a row. In addition, they are offering a number of special odds boosts or prop bets worth checking out, with some outlined below.

The Steelers beat the Browns in Cleveland 15-10 eight days ago for that third straight win. The Bears, meanwhile, were getting thumped 33-22 by the San Francisco 49ers.

With the Browns having beaten the Bengals Sunday, it puts Pittsburgh (4-3) second behind the Baltimore Ravens in an AFC North race that was looking ridiculous for the team to consider a month ago when 1-3 and in the division cellar. To fuel further optimism now, the Steelers will be heavily favored to beat the Detroit Lions when hosting them next week.

The Bears (3-5) and the rest of the NFC North appear to have conceded the division to the Green Bay Packers, but considering there are three wild card teams again this year, a road upset Monday night would keep them in postseason contention.

The oddsmakers have shifted the line in the Steelers favor by a half-point, a point, or more in recent days so that everyone now has them at -7. For a Steelers bettor on that number, there’s a bit better value in using reduced juice from FanDuel or Betfred at -105 or BetRivers at -107.

Several sites are offering -300 as the best moneyline wager on Pittsburgh: DraftKings, BetMGM, FOX Bet, and Betway. And the warning sign for football watchers across America is the lowest points total over/under for the entire Week 9 slate of NFL games. It was set at 39 Monday morning by BetMGM, Caesars, BetRivers and the state’s other Kambi-supported sites, such as Unibet and TwinSpires.

Nothing against those who cling to a fondness for defensive-minded football in the modern era, but the potential for a snooze-fest exists because one of the participants is a team averaging 18.9 points with probably the game’s most immobile quarterback.

And that’s the higher-scoring team.

The Bears have a highly mobile quarterback in Justin Fields, but he’s a rookie, and this is the NFL, and he’s only thrown for more than 200 yards once, and his team averages 15.4 points. The 30 sacks allowed by the Bears’ offensive line also led the league before the Sunday games, and anyone who knows the Steelers know they love to get after any quarterback, but especially young ones. T.J. Watt enters the games with 8.5 sacks despite being held back by injury problems early in the season.

The primary injury issue for this game belongs to the Bears’ own linebacker anchor, Khalil Mack, out for the second game in a row with a foot injury. It could be a factor, considering the Bears have given up 400-plus yards in two straight games and 140 yards rushing in three consecutive contests. The once league-worst rushing game of the Steelers has steadily been progressing with rookie back Najee Harris.

On the other hand, the Bears are expected to have starting running back David Montgomery return from injury to help spread around the offensive workload for Fields, so they’ve got that going for them.

The boosts, the promos, and more

As for those special promos relating to the primetime game, there’s no shortage. Penn Bets outlined recently how nothing’s guaranteed about making any profit from odds boosts, but ones like these are certainly worth a look if you’re thinking of betting anyway (and there will probably be more offered by game time):