Steelers' playoff hopes have shrunk, but they're not eliminated like the Browns 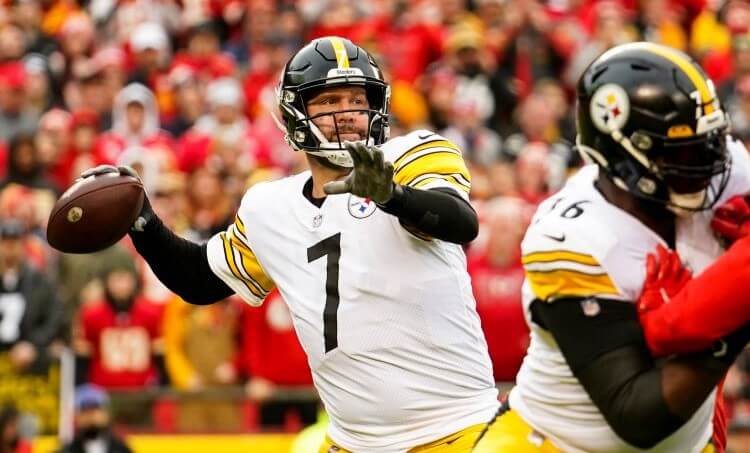 Watching Sunday’s NFL games couldn’t have been much fun for Steelers coaches and players who entered the weekend clinging to postseason hopes despite a 7-7-1 record.

The Cincinnati Bengals clinched the AFC North by gutting out a victory over the Kansas City Chiefs, and several AFC wild card contenders ahead of the Steelers won their own contests. It left Pittsburgh with precisely one scenario to make the playoffs as a wild card: win their last two games Monday night over the Cleveland Browns and next weekend against the Baltimore Ravens, while the Indianapolis Colts lose next Sunday to the 2-14 Jacksonville Jaguars.

That parlay doesn’t seem much more likely to hit than Antonio Brown showing up at Heinz Field in a Steelers uniform again — or even with a shirt on.

Antonio Brown took his jersey off, threw it into the stands and walked off the field during the Bucs' game against the Jets 😳 @brgridiron pic.twitter.com/Ysl6wI59SD

You could get 25/1 odds from DraftKings and Betway Monday morning on the Steelers’ chances of making the playoffs. (You could also bet against them at -10000, risking $100 to win $1.)

The one piece of goods news for Pittsburgh — though maybe not their backers who failed to place an early bet — is with the Browns having been totally eliminated from the playoff picture Sunday, the oddsmakers have flipped Monday night’s game to make the Steelers the favorite.

Could Steelers get emotional lift from QB?

The Steelers had been about a field goal underdog throughout last week for their second appearance of the season on Monday Night Football. That’s despite the fact that they have won their last 19 home games playing on MNF.

On Monday morning, however, most of Pennsylvania’s online sportsbooks made Pittsburgh a 2-point favorite. The sites using Kambi odds, including BetRivers, Unibet, and TwinSpires, made the line 2.5.

The best moneyline return for a Steelers victory, which had been around +150 before Sunday, is now -125 from FOX Bet. The points total ranged from as little as 41.5 at BetMGM to 43 at FOX Bet, with the rest of the sites between those.

Neither team comes into the game laying claim to any momentum, as the Steelers were whipped last week by the Chiefs, 36-10, and the Browns fell to 7-8 with a 24-22 loss to the Green Bay Packers.

The Steelers might merit some credit for emotional momentum, however, in that it is all but certain to be the last home game of Ben Roethlisberger’s Hall of Fame career dating to 2004 as the team’s quarterback.

His 2021 season has been about on a par with the team as a whole — awful at times, gritty in key moments, and mediocre overall, with minimal ability to run. He ranks 18th in quarterback rating in the NFL, at 90.2 (better than Baker Mayfield’s 86.1 at 25th), and has led some fourth-quarter comebacks while running an offense that’s been generally horrible in the first half.

Because it is the sole game on Monday night, and it is such a notable game helping cap Big Ben’s career, the sportsbooks have some special betting promos available, with more likely to be added by game time. Among those offered as of Monday morning:

In addition, the regular game props for Roethlisberger’s over/under on passing yardage range from 234.5 at DraftKings to 239.5 at BetRivers and the other Kambi sites. (Mayfield is 217.5 to 225.5.) DraftKings offers some additional passing props, such as over/under 22.5 pass completions by Roethlisberger (+100 to bet the over) and over/under 36.5 yards as his longest completion.

Meanwhile, Steelers linebacker T.J. Watt is back in the lead in odds to win Defensive Player of the Year. FanDuel and DraftKings both list him at +150, with Dallas Cowboys rookie linebacker Micah Parsons the only one close to him at +200.