Every Steelers Game Can Already Be Bet, Starting With Thursday’s Cowboys Clash

They face challenges, but the Roethlisberger-Tomlin tandem has never had a losing season 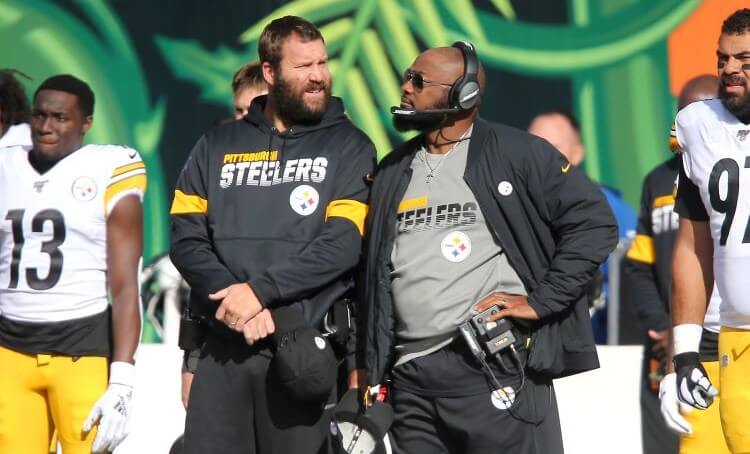 It has been six months and three weeks since one of the most embarrassing losses in Pittsburgh Steelers history, a home playoff game in which they trailed the Cleveland Browns 28-0 after one quarter and lost 48-37.

Now, the Steelers have a chance to begin erasing the foul aftertaste from their 2020 season by kicking off the NFL’s new campaign. Theirs is the only preseason game this week, a Hall of Fame Game clash Thursday night with the Dallas Cowboys in Canton, Ohio, about two hours west of Heinz Field.

The first game betting opportunity of the NFL 2021 season for Pennsylvania’s online sportsbooks has them making the Steelers a 1.5-point favorite over the Cowboys, who are recovering from their own 2020 disappointment tied to the loss of quarterback Dak Prescott for the season from a Week 5 ankle injury.

As always in the preseason, there’s much uncertainty over how long starters will play, making handicapping even more difficult than usual. For a Steelers fan, however, the best bet as of Monday was with DraftKings, which offered that 1.5-point spread with no vigorish if taking Pittsburgh. All of the sportsbooks see a low-scoring contest, with most setting the points total at 33 and FanDuel even dipping to 32.5.

For those who have been missing NFL betting ever since the Super Bowl ended, the game lines already available for the season don’t stop with that exhibition opener.

The Steelers visit Philadelphia for a preseason game the following Thursday night, and the sites have them listed as a 1-point underdog against the Eagles.

For the regular season opener in Buffalo Sept. 12, the Steelers are widespread 6.5-point underdogs against the now-mighty Bills. And some sportsbooks have already posted lines for every one of the 17 games this season (a new increase from the NFL’s customary 16), all the way up to a Jan. 3 Monday night game with the Browns at Heinz Field, which DraftKings currently lists as a pick’em.

Tough schedule is among team’s challenges

In general, the Steelers are getting about the least respect from oddsmakers in the shared history of coach Mike Tomlin and quarterback Ben Roethlisberger, who have been together with the club since 2007.

Many sites make the Steelers 40/1 to win the Super Bowl, with FanDuel going even higher to 44/1, making it the best place to wager if you’re a believer.

To be one of those diehards, you’d have to believe that Roethlisberger’s arm can be resurgent at age 39, that a totally revamped offensive line will protect him, that rookie running back Najee Harris can live up to his billing as an Offensive Rookie of the Year candidate (+1000 at FanDuel), and that a hard-hitting defense led by stars T.J. Watt, Cameron Heyward, and Minkah Fitzpatrick will again be among the league’s stingiest.

To be sure, all of that can happen, but the NFL’s schedulers did the franchise no favors. The Steelers face a more difficult lineup of teams than anyone else in 2021, based on 2020 records, and that includes the Kansas City Chiefs, Green Bay Packers, and Seattle Seahawks outside their division.

And it’s not like the division itself is easy, as the Steelers are ranked just third in it behind the Baltimore Ravens and Browns. Here are the AFC North odds posted as of Monday by FanDuel, DraftKings, BetMGM, FOX Bet, and Caesars:

Never a losing season in 14 years for Tomlin and Ben

Crazy tough schedule or not, anyone willing to invest their money in futures betting might consider that Roethlisberger and Tomlin have never experienced a losing season in their 14 years together. No streaks continue forever, but if this one does, it would make a winning bettor of any Steelers backer looking at the over/under on this year’s win total.

All of the major sites in the state post 8.5 as the o/u on Steelers wins, with DraftKings offering the best payoff on the over at +115. If they’re once more over .500, even at just 9-8, the Steelers’ backers can collect money in January.

The team is an underdog, however, to make the playoffs. FanDuel offers the best payoff if that should occur, at +170. The Steelers made that ignominious return to the 2020 postseason after having uncharacteristically missed the playoffs in two consecutive years.

Even this early, fans and sharps can also get in on futures bets related to individual performance by key Steelers. Among those options, which may change or expand as the official opener on Sept. 12 gets closer: