Pittsburgh is a slight home underdog versus New Orleans Saints 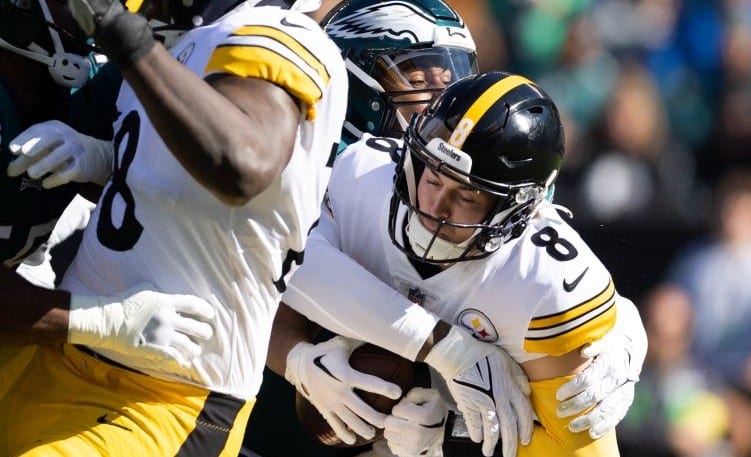 The New Orleans Saints come to Acrisure Stadium Sunday with as many losses as the Steelers, yet they’re favored to make Pittsburgh’s disappointing season even more aggravating. The point spread has tightened during the week, however, reflecting some public (or wise guy) sentiment that the Steelers aren’t really all that bad compared to the pretty bad Saints.

Or maybe oddsmakers and bettors are now factoring in that New Orleans is both coming off a short week after playing on Monday Night Football — while the Steelers have been resting during their bye week — and looked as bad as its 3-6 record in losing to the Baltimore Ravens 27-13 that night.

Whereas it was possible to get 2.5 to 3 points betting on Pittsburgh on Monday, the online sportsbooks universally had the Steelers as 1.5-point underdogs Friday morning. Most of the books had small plus prices on the moneyline for a Steelers win, with FanDuel and the collection of Kambi odds sites (Barstool Sportsbook, BetRivers, betPARX, Unibet, and others) offering the best return at +108.

The over/under was from 40 to 41, depending on the site, with an “over” bettor wanting to consider DraftKings or PointsBet for that 40 number.

Can Steelers offense get untracked?

These are not two high-powered offenses, which explains the oddsmakers’ modest points total, but the one for the visitors has at least been respectable in averaging 23.6 points and 377.6 yards per game.

The 2-6 Steelers have averaged 15 points and 299 yards, leading nearly every Pittsburgh fan and radio talk show host  consumed for weeks with discussion of the need for coach Mike Tomlin to replace offensive coordinator Matt Canada. Even though rookie quarterback Kenny Pickett has thrown for only two touchdowns and been intercepted eight times, little of the criticism has been focused on him. He’s had little support from the Steelers’ running game or wide receivers.

The Saints, meanwhile, have employed Andy Dalton capably if unspectacularly at quarterback, greatly assisted by the rookie season of first-round draft pick Chris Olave, who has caught 43 passes for 618 yards and two TDs. The Steelers’ top receiver from last season, Diontae Johnson, has caught 43 balls for 371 yards and no touchdowns after signing a generous contract.

If the Steelers have a secret weapon to employ (well, maybe not so secret), it would be the potential return of pass-rushing terror T.J. Watt for the first time since the linebacker’s injury in the season’s opening game. Since he came into the league, the Steelers are 1-10 when Watt doesn’t play, with the only win coming over Tampa Bay this year.

TJ Watt is the best player in the NFL. pic.twitter.com/XhZZKcyzQ5

There has been widespread speculation that Watt will play Sunday, but as of Friday morning he had not been officially activated.

While the Steelers’ schedule in the second half of the season offers opponents considerably softer than what they faced in their first eight games, it would be miraculous for them to reach the postseason. The Saints, however, play in the NFC South, where no team has a winning record, and it is entirely possible they could be tied for first place if they win Sunday.