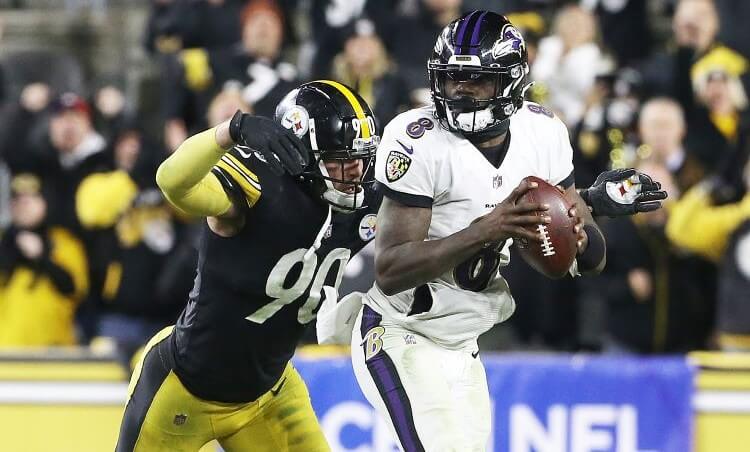 The Steelers are clinging to playoff hopes after an upset win over the Baltimore Ravens Sunday, and the Minnesota Vikings are hanging onto their own postseason ambitions despite an unexpected loss to the Detroit Lions.

One of them will bolster their hopes through a meeting in Minneapolis on Thursday Night Football, and the other will face dim prospects of playing beyond early January.

The Pennsylvania online sportsbooks favor the Vikings to be the team remaining in contention, but not by much — just about a field goal — as nearly all of Minnesota’s games have been close this year, win or lose. Minnesota is 0-3 against the AFC North so far this year.

The Vikes are 5-7, the Steelers 6-5-1. Pittsburgh has a far tougher schedule and competition for a playoff spot in the AFC, however, than does Minnesota in the NFC.

Betting successfully on the Steelers to make the playoffs can fetch as much as a +405 return from BetRivers and other Kambi odds sites (Unibet, TwinSpires, Barstool, Parx), while the best payout available on the Vikings getting to the postseason is +270 from FanDuel.

The Steelers were home underdogs against the AFC North-leading Ravens on Sunday but won a 20-19 thriller when Jim Harbaugh opted for a 2-point conversion that failed. The Vikings’ trip to Detroit was just as exciting, but they handed the Lions their first win of the season, 29-27, on a Jared Goff touchdown pass on the game’s final play.

While some sites make Minnesota a 3-point favorite, a Steelers backer can get 3.5 from BetMGM, FOX Bet, and those supplied by Kambi like BetRivers and its sister site, PlaySugarHouse. The sites other than FOX Bet are adding extra juice beyond the standard -110 to get the extra half-point, however, which makes FOX Bet the best place for a bet on Pittsburgh.

The best moneyline return on the Steelers is +150 — the number posted as of Thursday morning by DraftKings, FOX Bet, Caesars, and Betfred.

The points total has been listed at either 43.5 or 44, with “over” bettors best off at FanDuel, BetMGM, or Caesars by getting that lower number with standard vig.

Both teams have been rather unpredictable from week to week, which has been a staple across the NFL in 2021.

The Steelers may have health on their side in that one key Vikings offensive player, wide receiver Adam Thielen, is out for the game, and another, running back Dalvin Cook, is questionable. Pittsburgh will again be without veteran cornerback Joe Haden, which might delight Minnesota’s No. 1 wideout, Justin Jefferson, who is second in the NFL with 1,209 receiving yards.

He is thrown to by Kirk Cousins, who is having perhaps the best season of his career while leading NFL QBs in TD/interception ratio (25/3).

The Vikings defense, meanwhile, is susceptible to the run, giving up 131.5 rushing yards per game, so it will be interesting to see the extent to which Ben Roethlisberger hands off the ball to workhorse running back Najee Harris. The rookie remains on pace for a 1,000-yard season despite averaging just 3.6 yards per carry behind an inexperienced line.

Because it’s the only NFL action Thursday night, the online sites have a wealth of special betting promotions around the game in addition to traditional wagering. Many are oriented around offensive stars Harris and Jefferson.

More might pop up during the day Thursday, but among those offered in the morning:

BetRivers: Harris and Jefferson to combine for at least 200 yards through either receiving or rushing (-115).

BetMGM: The Steelers win with the benefit of at least one Harris touchdown (+220).

FanDuel, DraftKings, and BetRivers all have Watt at +200 to win the honor, but bettors can do better than that with BetMGM at +225. The only player close to Watt in the odds is Cleveland Browns lineman Myles Garrett, who ranges from +250 to +300.

With 16 sacks now on the season, Watt has become a threat to surpass Michael Strahan’s record of 22.5 set 20 years ago.